As school year winds down at home, some parents worry about final grades

Some parents wish a universal grading system was in place to take into consideration the challenges of remote learning during the coronavirus pandemic. 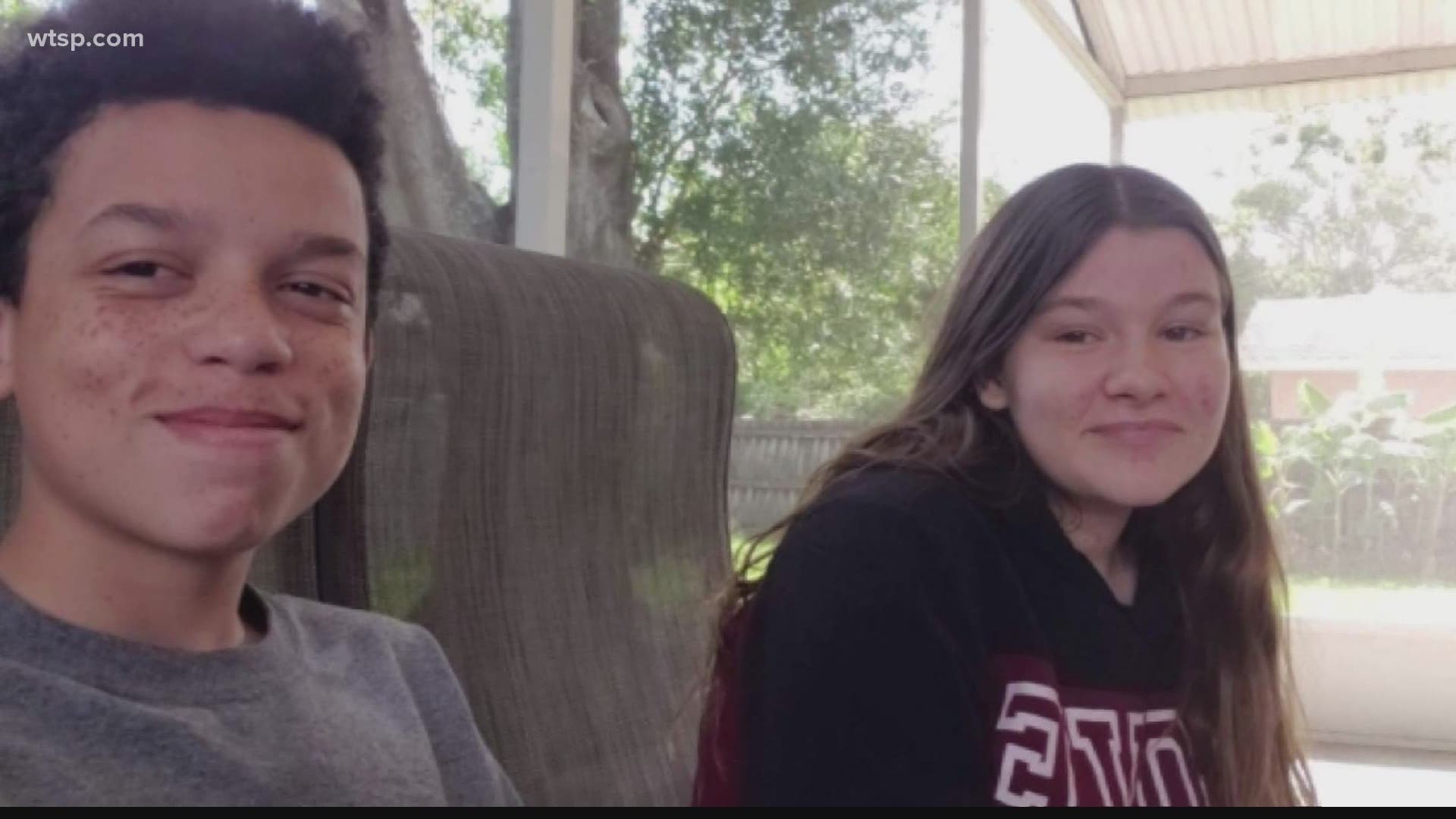 ST. PETERSBURG, Fla. — There still might be two weeks of school left, but Yvonne Brockington says she’s done pressuring her kids who’ve continued to struggle while learning at home.

“I’ve told my children you’re still going to do your absolute best but mommy is not going to pressure you to make grades as if you were in traditional school,” she said. “Fourth quarter this year is just simply not worth it.”

With a high schooler and middle schooler who are normally honor roll students, Brockington expected they would excel at remote learning when schools were shuttered because of the coronavirus pandemic.

But both, she says, are failing.

“My middle schooler made honor roll two times this year, she likes to go to school and here she is failing the fourth marking period,” she said. “How do I explain that to her, what does that do to her self-worth?”

Now she worries the challenges of learning from home aren’t being appropriately factored into final grades.

Brockington says she was told by her daughter’s teachers they would be dropping a few of her lowest scores but says her son’s high school teachers planned to simply carry over his third-quarter grades.

“I think it’s completely unfair for one school, in the same district, to grade one way and for another school to grade another way,” she said.

While all remaining state assessments for K-12 have been canceled for the 2019-2020 school year, the Florida Department of Education did not mandate any sort of statewide universal grading system for the final quarter.

How remote learning is being factored into final grades—a “coronavirus curve,” if you will—varies by district, and even within the district.

“Because teachers had these students and saw them face-to-face for basically three quarters of the school year,” he said. “They probably had enough information to have a good idea as to whether, when they shifted to online learning and a student was struggling from that point on, what the reasons were for that.”

In Pinellas, teachers are being advised to place greater weight on the first three quarters if performance is significantly lower in the fourth quarter. In Sarasota, the district is recommending that teachers ensure a child’s fourth-quarter remote learning grade not be lower than their third quarter grade. In Pasco, teachers are being encouraged to excuse unfinished work not deemed a priority.

Many districts, including Hillsborough and Pinellas, canceled second-semester exams.

For Brockington, remote learning has been a learning experience.