Clearwater Beach to close earlier than planned amid coronavirus pandemic

The original decision was made at an emergency city council meeting Wednesday evening. 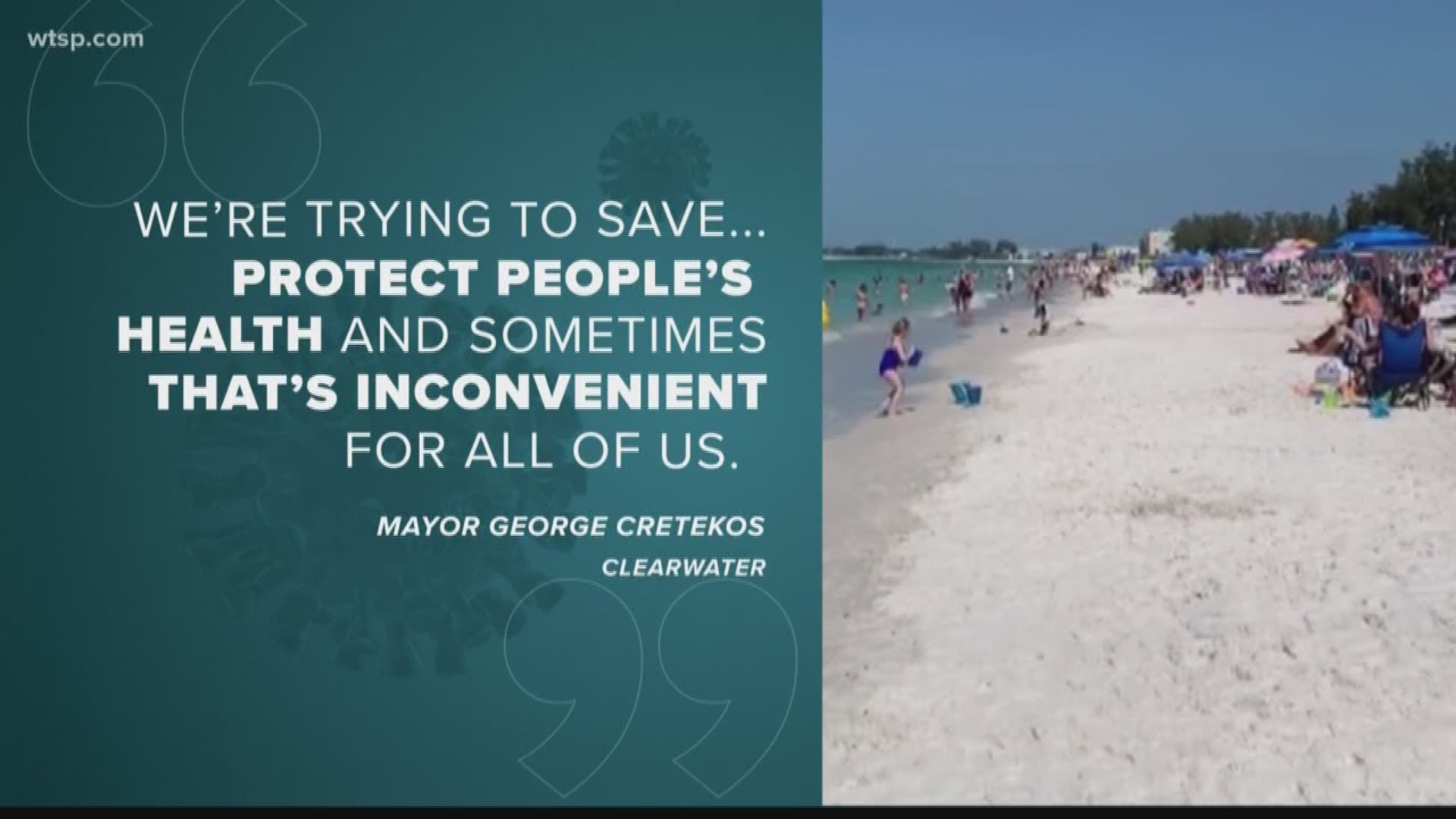 CLEARWATER, Fla. — Update: Clearwater originally planned to close its beaches on March 23, but after Pinellas County announced it was shutting down its shorelines at 11:59 p.m Friday, the city said it would follow suit.

The city of Clearwater has declared a state of emergency in response to the coronavirus pandemic and ordered all its public beaches to close for at least two weeks -- beginning at 6 a.m. on March 23.

It's part of an effort to help promote social distancing and limit the spread of the novel coronavirus, COVID-19. The decision only applies to the sand, not to the restaurants or businesses.

Clearwater Beach has been frequently ranked as one of the best beaches in the United States. The decision to shut down the beaches was made during an emergency meeting of the city council on Wednesday evening.

Meanwhile, restaurants are ordered to limit their occupancies to 50 percent and implement employee screenings. The restaurants will not be allowed to sell alcohol later than 10 p.m.

"Nonessential" businesses will be required to close no later than 10 p.m. each day. Businesses like gas stations, hotels and grocery stores -- considered "essential" by the city -- will not be affected by this rule.

Gatherings of more than 10 people are postponed until further notice. Recreation centers and libraries will be shut down for now.

The city of Tampa announced Wednesday it would close all its beaches until further notice. Some beaches in South Florida, including Miami Beach, have closed to spring break crowds.

Gov. Ron DeSantis has not issued any statewide order to close Florida beaches. He instead signed an order that would limit groups of people to only 10 per group on the beach.

On Wednesday, Pinellas County announced it had decided not to close its beaches -- but urged beachgoers to limit their gatherings to no more than 10 people and stay at least six feet away from other groups.

"I ask that you strictly adhere to the social distancing requirements to keep our community, including our beaches, as safe and enjoyable as possible," Sheriff Bob Gualtieri wrote in a Facebook post.

Even though Pinellas County isn't closing beaches at this time, people at the Clearwater meeting openly wondered if their decision would cause a chain reaction of other beach closures along the state's west coast.

Rusty Pearl owns Pearly’s Beach Eats. He says he’s nervous about what this beach closure will mean for him in a time when he should be doing some of his best business.

"We’re all week to week businesses. Like employees are week to week. And the long term effect of this is very scary. Because when this is all over, I don’t know who’s going to be able to bounce back," Pearl said.

As the sun set over the white sand at Clearwater beach, there was no shortage of tourists, despite all the coronavirus concerns. Dawn Krueger says she’s been washing her hands and keeping a distance from everyone else out here.

Clearwater Mayor George Cretekos says today’s decision was a difficult one, but he worries what would happen if the council hadn’t made that call.

"That’s what weighing on my mind. If we delay this how many of us will get sick? How many may die?" he said.