Floridians onboard coronavirus-stricken cruise ship will be accepted in state: governor 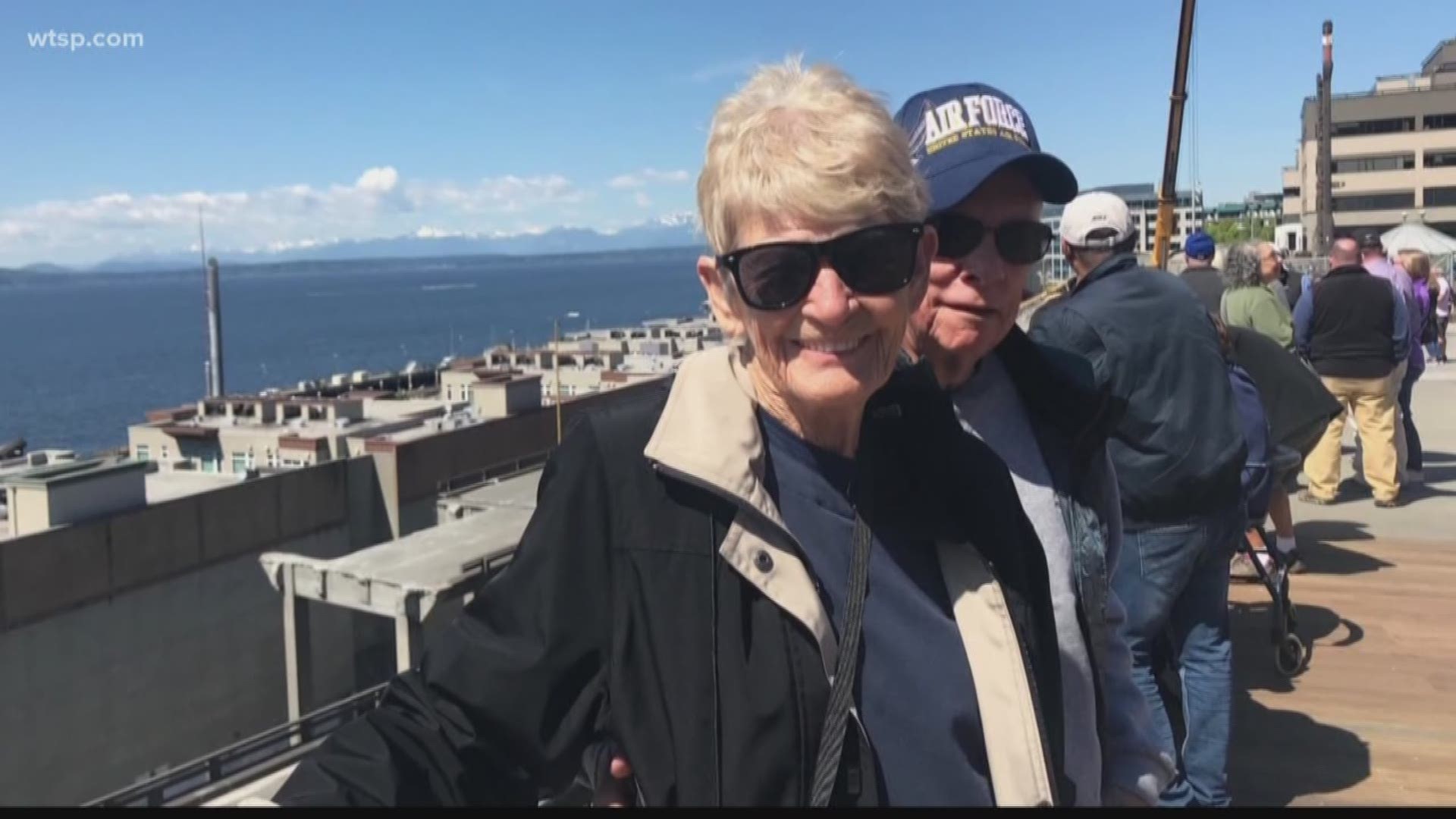 ST. PETERSBURG, Fla. — Floridians looking to disembark from the Holland America cruise ships after nearly 200 passengers and crews became sick with flu-like symptoms will be accepted into their state, Gov. Ron DeSantis said on Wednesday.

As for other passengers looking to disembark, including foreign nationals, DeSantis says Florida officials are "working on a solution.”

Adequate hospital space in south Florida is a concern, DeSantis said, given the sheer amount of coronavirus cases there. The area has rapidly become the epicenter of the state’s COVID-19 outbreak.

Toni Kenney and her husband Frank, retirees from Citrus County, have been stuck on board.

They began the South American voyage nearly a month ago on March 6 aboard the Zaandam.

But then people started getting sick.

Fortunately, the couple has stayed healthy. They, along with other asymptomatic passengers were transferred to the sister ship, Rotterdam, where they remain quarantined in a cramped cabin.

“It’s frustrating,” Toni Kenney said over the phone Wednesday evening. “I feel terrible for everyone else but I would love to get off this ship.”

Kenney joked she and her husband wore out the carpeting in their room walking back and forth trying to stay active. Food is brought to the room daily.

“They knock on the door and you have to go to the door with your face mask on,” she said. and “We don’t have any contact with anybody.”

President Donald Trump on Wednesday told reporters the situation was dire and agreed something needed to be done quickly.

"We have to help the people, they're in big trouble," Trump said, adding that medical teams had been sent on board the ships.

"We have to do something and the governor knows that."

The Kenneys just can't wait to be home again.

"Anything they can do to get us off we sure would appreciate it," Toni said.

Late Wednesday the cruise line said it hoped to get nearly 1,200 passengers who are considered "fit for travel" home. About 45 passengers with "mild illness" will stay isolated on board.

Ten people who need critical care will be hospitalized in South Florida.

The U.S. Coast Guard earlier in the day issued new guidelines for cruise ships in one of its largest districts: Stay at sea until further notice.

Amid the coronavirus pandemic, all cruise ships in the 7th District -- which includes Florida, Georgia, South Carolina, Puerto Rico and dozens of islands in the Caribbean -- must isolate sick passengers indefinitely. And, ships with sick passengers must first seek aid from the country where the ship is registered before requesting assistance from resources in South Florida.

Most of the cruise ships hovering off South Florida are registered in the Bahamas, so they must first seek medical aid from that country. According to the Miami Herald, there are more than a dozen cruise ships off the coast.

The bulletin also says cruise ships wanting to evacuate a sick person to shore must first consult with the Coast Guard Flight Surgeon, who will decide if the person can leave the ship. Then, if the medevac is approved, the cruise line has to book commercial transportation ashore, confirm medical services are available at a local hospital and then book a private ambulance.

Ships with more than 50 people on board are required to stock up on medical supplies and personnel to care for sick passengers for an indefinite period of time.

The Coast Guard said cruise ships must also give an updated report of sick passengers and those who have died each day or face "civil penalties or criminal prosecution."

Three cruise ships trying to get to Florida include Holland America's Zaandam and Rotterdam and Princess' Coral Princess.

The Zaandam reported March 30 that four passengers had died on board though it did not detail the causes of death. Its sister ship Rotterdam had been assisting the sick ship by taking some healthy passengers and providing supplies.

The Coral Princess ship said it's expected to arrive on April 4 in Fort Lauderdale. Officials on the ship said it has a "higher-than-normal" number of people with flu-like symptoms on board and several have tested positive for the flu.