September is Suicide Prevention Month. The Crisis Center says data comparing 2019 to 2020 shows a 17-percent increase in suicide-related calls from June to August. 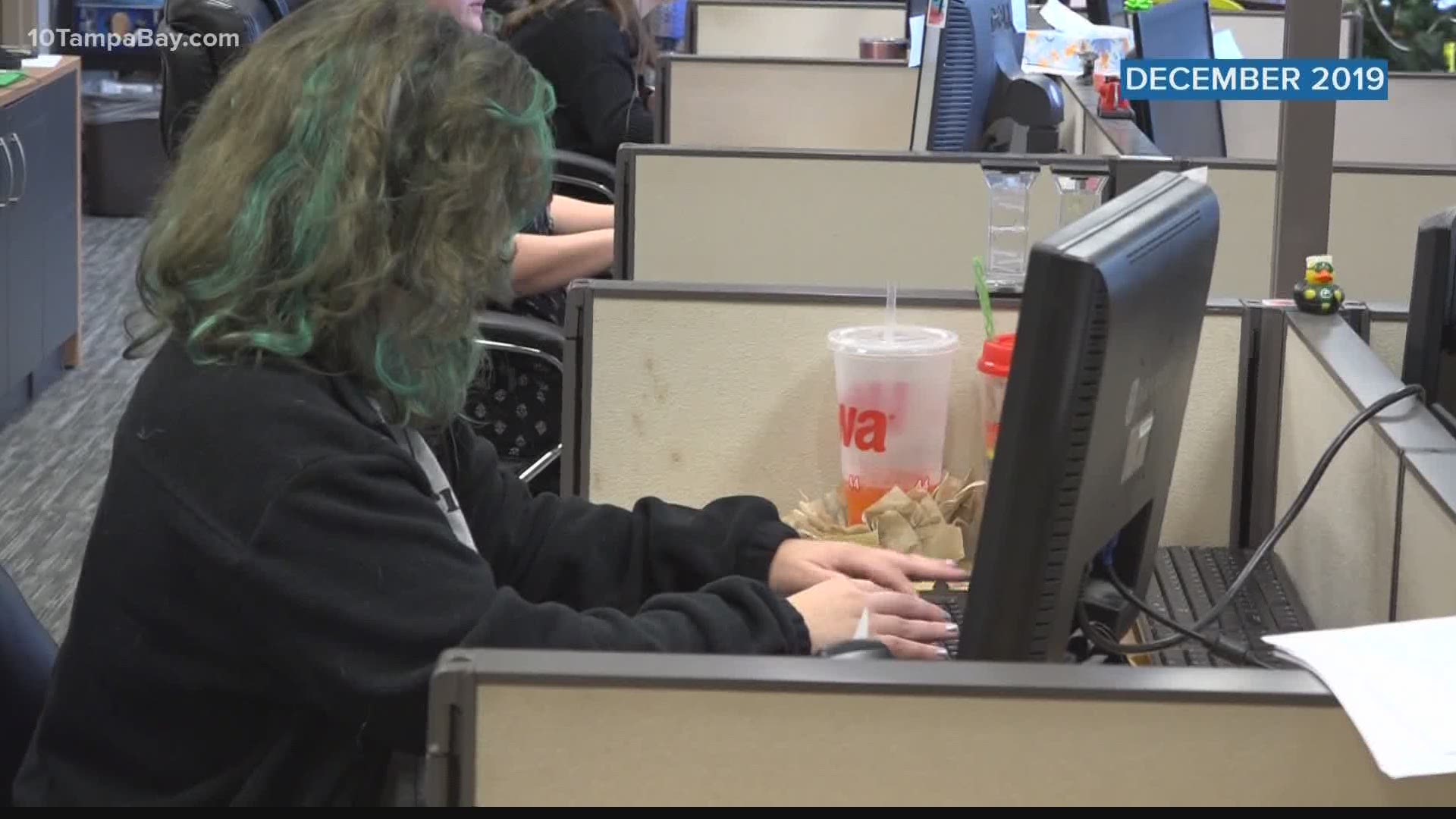 ST. PETERSBURG, Fla. — September is Suicide Prevention Month. This is an important topic any time of year, but especially now since it has no doubt been a tough six months because of the pandemic.

The Crisis Center of Tampa Bay is seeing just how tough it's been through an increase in calls for help.

The organization started tracking calls on Feb. 29 and those calls started to trickle in. But at the beginning of April, the number skyrocketed. People weren't just concerned about their health but also about their financial situations.

President and CEO Clara Reynolds says call times went from seven minutes to 20 minutes because they really had to unpack concerns and stress and get to the root of people's fears.

Data comparing year to year shows there was a 17-percent increase in suicide-related calls from June to August.

She says a lot of it is stemming from the fear of the unknown and feeling isolated. But says there are things you can do right now to feel less disconnected.

"That's what we really try to do is help folks connect to the things in their life that make them feel better. Once you start having a little bit of feeling better you get a little bit of hope, that's the building block that we're going to build off of to get you to a better place," Reynolds said.

The Crisis Center says to connect back to when you were happy. What makes you feel good? Maybe it's a book, a walk or even baking. Think of ways to connect with friends and still be safe from the virus.

But if you are really struggling and thinking about suicide, do not wait to reach out for help.