And the Florida Everglades are full of the monstrous reptiles. 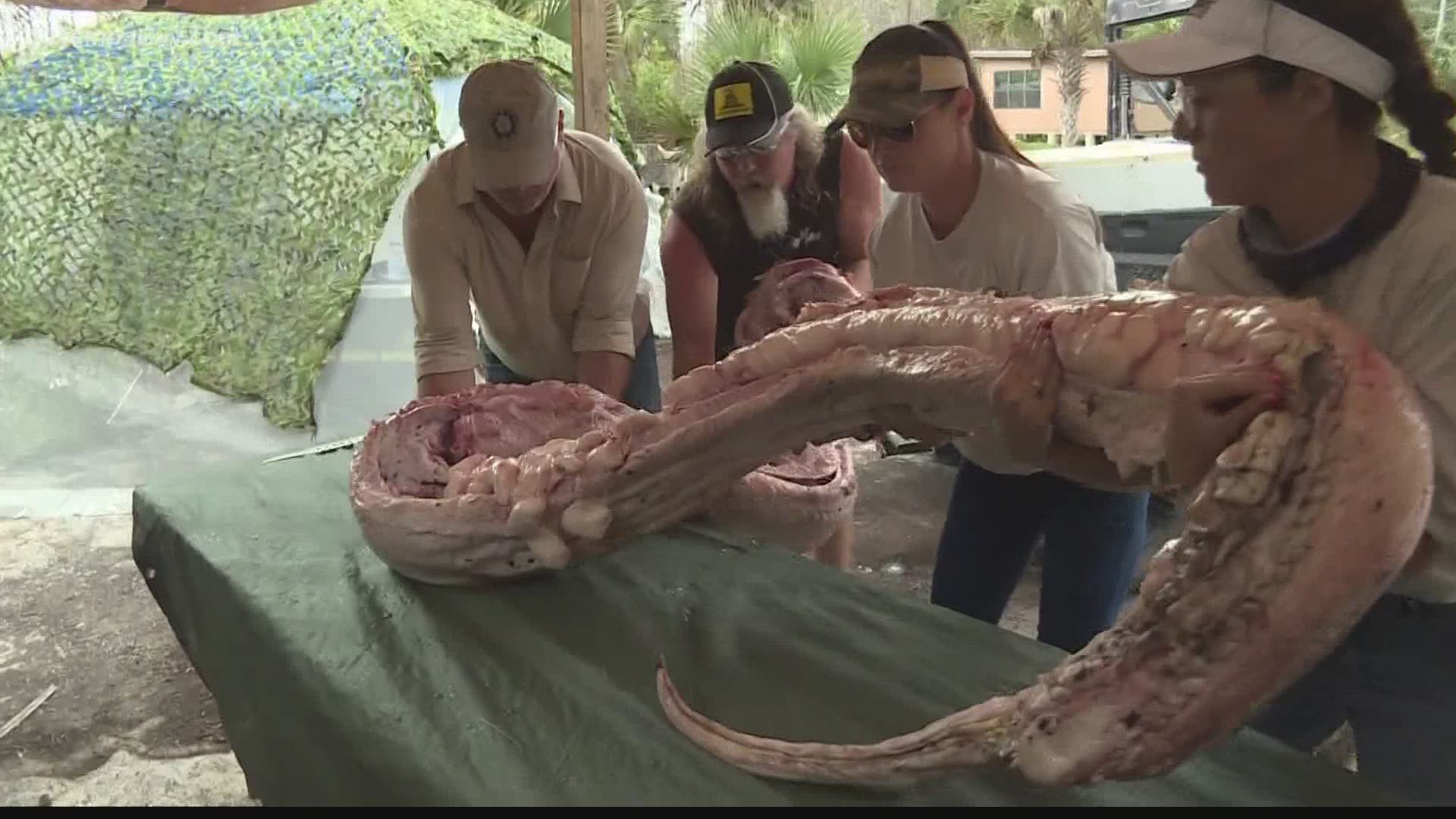 Yes, you read that right.

It's an ingredient that is used along with the vaccine to help alert the immune system to start learning to recognize the virus.

Originally, sharks were used as the source, but given the high demand for vaccines, there was a concern for potential overfishing of the species.

With scientists looking for a new way to find the ingredient, Crum directed their attention to Florida's vast 1.5 million acre wetlands preserve.

"It was equivalent to meeting a medicine man in the middle of the Amazon," Thompson said of his first meeting with Crum, who has appeared on shows like "Man-Eating Python" and "Swamp People."

The "wildman" provided "critical observations" that led them to discover the behemoth snakes contained squalene.

"It's just amazing for a global problem that we have, that, that type of unique partnership existed right in the Everglades," Thompson said.

And the python population is bountiful.

Eliminating invasive pythons is already a large undertaking in Florida with the annual Florida Python Challenge and a year-round team of hunters with the South Florida Water Management District attempting to eradicate the reptile.

It makes the potential future use of pythons as a source for squalene a win-win situation.

It's a sentiment the "defender of the Everglades" agrees with, saying "these pythons, I knew there was something special in them. I had no idea it would go to this extreme."

According to Crum, tests show that one 10-12 foot python contains enough squalene for 3,400 doses of the vaccine. While not every python encountered will be quite as large, the sample gives experts a baseline.

But until the research is finalized and given the green light, Crum says work will not stop.

"We're still out here, boots on the ground working every day," he said. "This ain't going to stop anytime soon. We're at war, this is a foreign invader on American soil."

Crum estimates that in the last three years, teams in the Everglades have eliminated nearly 6,000 pythons. He's excited about what this latest development could do for both humans and the environment.