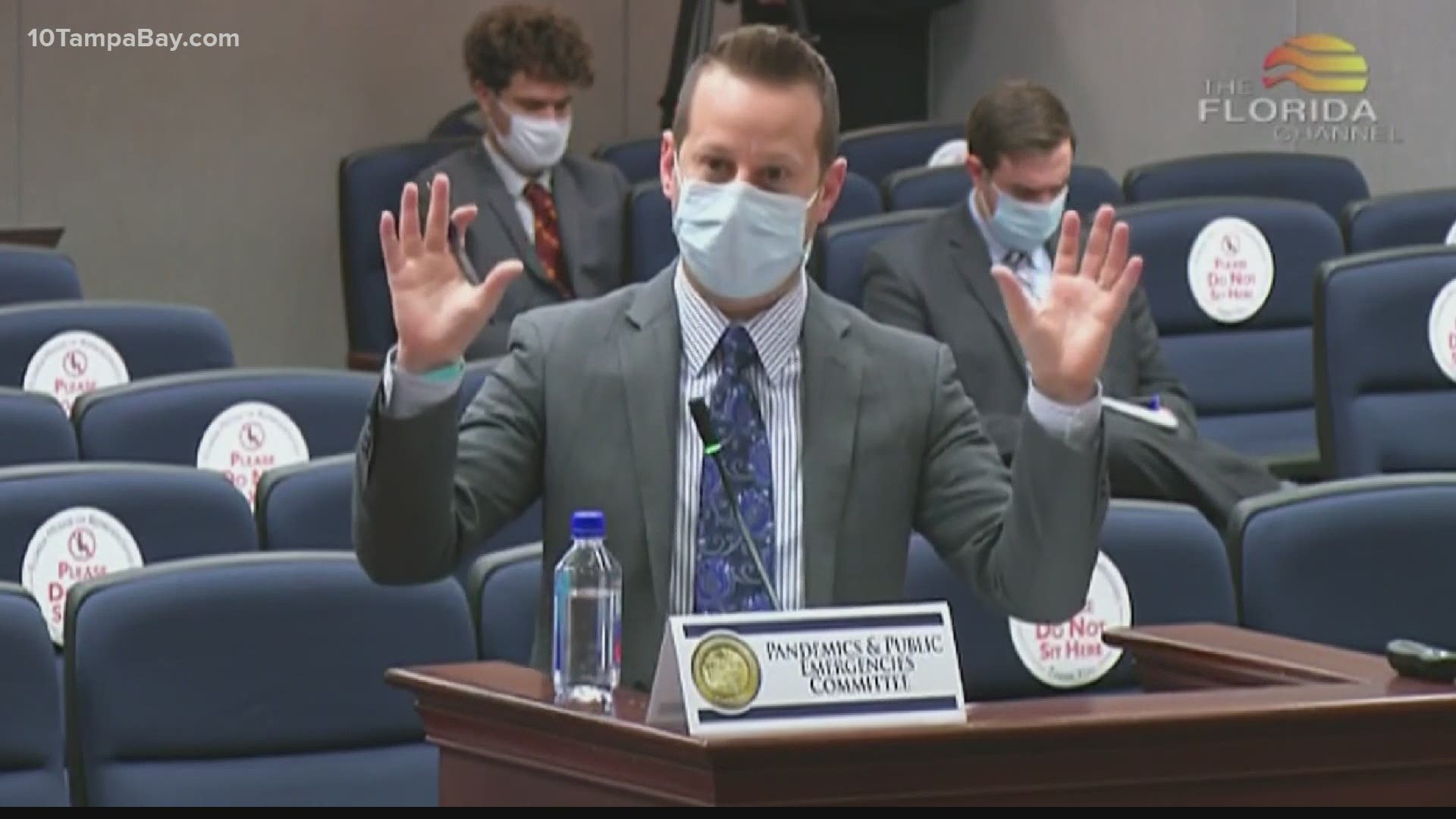 TALLAHASSEE, Fla. — The head of Florida's Division of Emergency Management is calling the recent issues with the coronavirus vaccine rollout a supply issue.

Speaking to Florida's House Committee on Pandemics & Public Emergencies on Thursday, Emergency Manager Jared Moskowitz told members the state's long-term planning for the vaccine had been undermined by a lack of information from the federal government.

According to Moskowitz, the state is only able to see how many doses it will receive six days in advance through Tiberius - a software platform created by Operation Warp Speed to handle the distribution of vaccines.

The inability to see less than a week into the future limits the state's planning around distribution, Moskowitz says.

"So when people say, 'where is the long-range planning?' The federal government doesn't tell us," Moskowitz told the committee.

When the vaccine was first rolled out, Moskowitz says Florida was instructed to split the initial 179,400 doses between five hospitals, and only allowed to vaccinate frontline healthcare workers. The issue then became that hospitals had more doses than workers willing to take the vaccine.

But that surplus became less of an issue as the weeks went on.

Moskowitz said that during the second week, Florida received nearly 500,000 doses, which was distributed to 170 hospitals across the state, and several nursing homes.

The following week, the state received half of that amount and it has been receiving less and less ever since. By week four, Florida knew it had an issue.

"We now know we have a problem with supply," Moskowitz said.

According to him, the lack of foresight to supply hospitals and nursing homes has caused some hospitals to withhold vaccines, fearing they will not be able to give patients their second dose.

"We couldn't instill the confidence in the hospital system that they were getting their second dose because we weren't provided the date of delivery," Moskowitz said.

"Hospitals felt they had a moral obligation to hold onto those doses until they were provided that information, adding delay."

In just the last week, Florida received 250,000 doses, Moskowitz told the committee, 40,000 of which are going to long-term-care facilities, 30,000 to Publix stores within the vaccine program, and 6,000 to church missions.

At the rate at which Florida is receiving vaccines, Moskowitz says it would take Florida's most populous county - Miami-Dade - 100 weeks to vaccinate its residents.

"How do you do long range planning over six days of information," Moskowitz asked.

"How do you build infrastructure when information changes week to week, when allocations drop, when you have to close sites in the beginning of an operation because you can't feed them?"