It's been one year since Florida's first COVID patient was hospitalized

Doctors and nurses recalled the panic they felt when Florida's first COVID-positive patient showed up at Doctors Hospital of Sarasota. 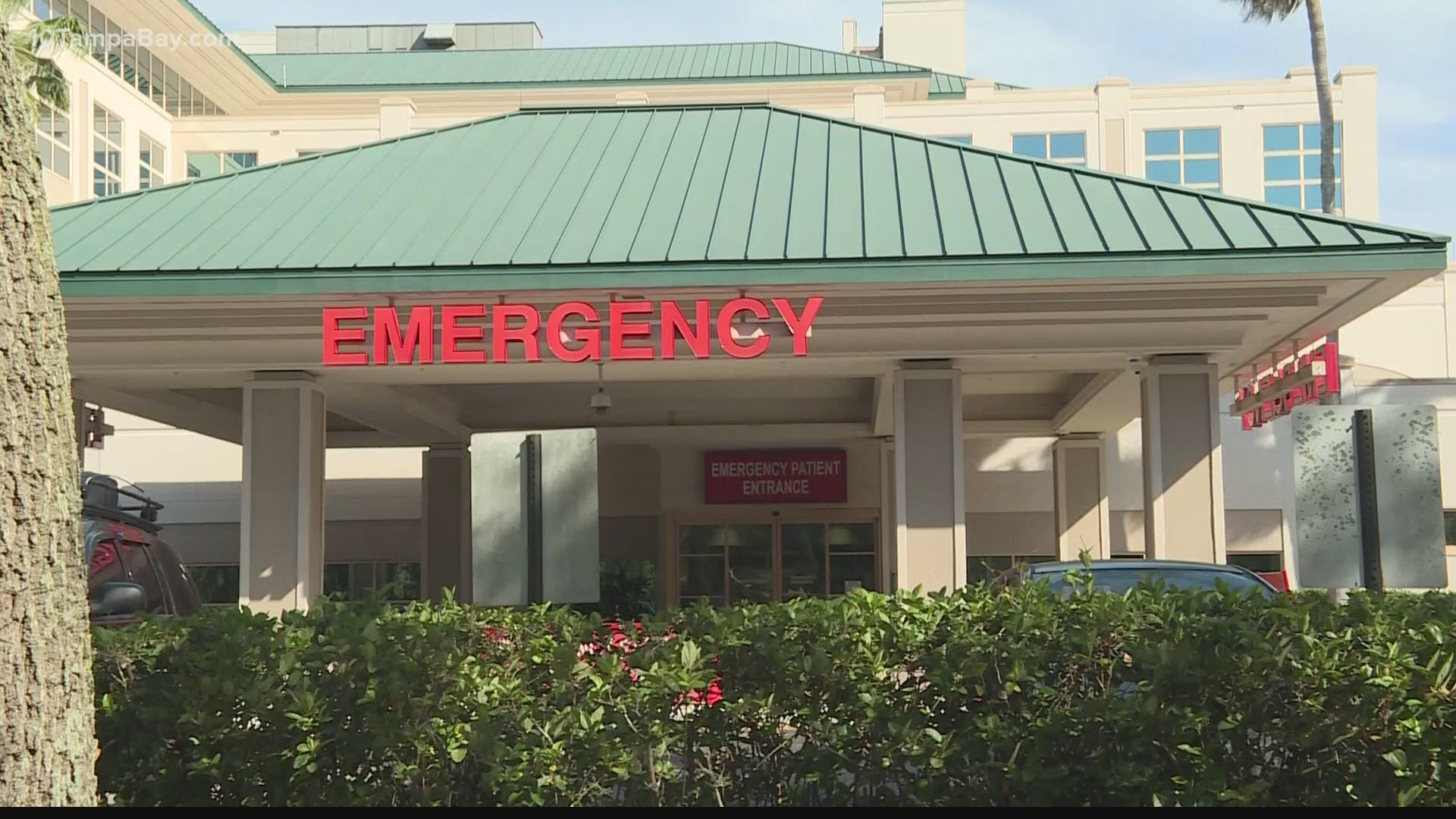 SARASOTA, Fla. — The patient had been admitted to Doctors Hospital of Sarasota six days before an epidemiologist recommended they test the Manatee County man for COVID-19.

Up until then, the patient had been diagnosed with a respiratory illness of unknown origin.

At the time in February of 2020, there were only about 65 known coronavirus cases in the entire country and CDC guidelines advised testing only those who had recently traveled or had exposure to someone with COVID-19.

One year later, Doctors Hospital of Sarasota CEO Robert Meade said he never expected the test to come back positive, so he was shocked when he got the call on a Saturday night.

Staff went into a bit of a frenzy, and Meade said they starting working with the Centers for Disease Control and Prevention and the Florida Department of Health. They did not alert the media or tell the public.

One year later, Meade said, "We were told by CDC that we could not give out information. That was very frustrating to all of us."

However, 10 Tampa Bay got wind of the case from a patient who received a letter with information about the patient.

"We felt patients needed to know that the first COVID patient in the state was here," Meade said Friday at a news conference marking the one-year milestone.

RELATED: Why a 60-year-old Sarasota man with coronavirus wasn't tested right away

In February of 2020, Governor DeSantis said, "The gentleman that was hospitalized did not, before the CDC guidance changed, fit the criteria where you would test for COVID-19 because he had not been exposed to travel."

At the news conference, Dr. Michael Schandorf-Lartey revealed that Florida's first patient is doing well today but recalled memories of many others who never walked back out those hospital doors.

"There is a picture burned in my memory. I don’t think I’ll ever get rid of it. Her husband was on the vent and he was dying and we all knew it. She was sitting outside the door kind of looking through the window at him and I ask if she was doing OK. Almost as soon as she asked the question I kind of regretted it because I knew what she was going to ask me. Is my husband going to be OK? And I didn’t know what to say because I knew I couldn’t say what was going to happen so I said I did not know and we’re doing all the best we can."

Bob Ross survived COVID after a long stay at the hospital. Ross is a retired neurologist out of Venice. He addressed reporters Friday via video chat saying, "I felt so bad, I’ve never seen anybody as sick as I was then and I felt so bad I thought maybe death was a reasonable option."

Ross was discharged on Christmas Eve. One of his nurses, Rachael Herc said he became family to her.

"When you’re holding the hand and watching the wife sit out the window, it’s terrible," said Herc.

While all the medical staff agreed that it's been the most challenging chapters of their careers, they say they're more confident, more prepared, and better positioned to save lives than they were a year ago.

Dr. Michael Schandorf-Lartey said it like this: "We keep doing it and tomorrow we’ll come back and do it all over again."