When Florida’s theme parks start to reopen how comfortable would you be with visiting? 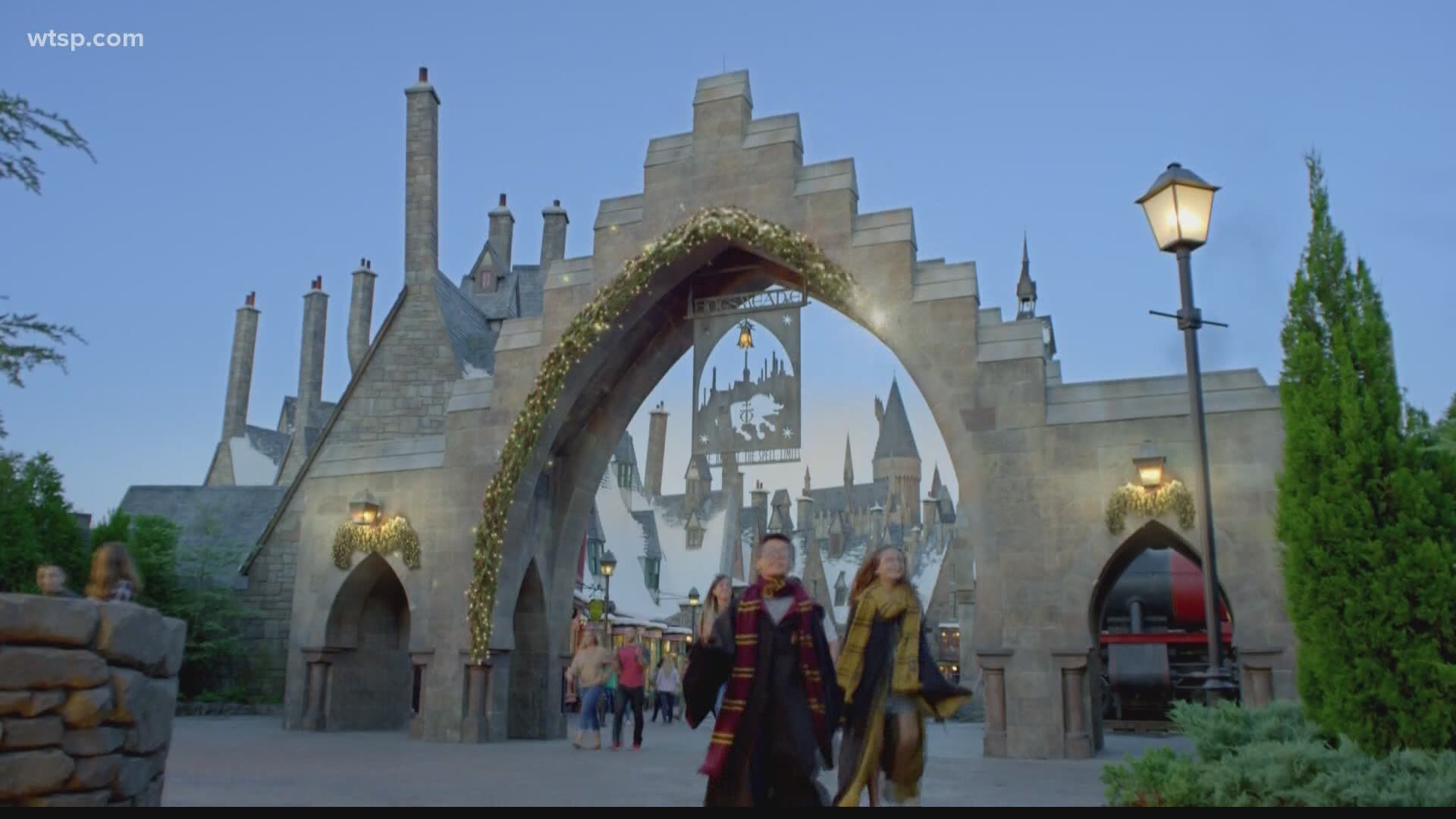 TAMPA, Fla. — When Florida’s theme parks start to reopen how comfortable would you be with visiting?

Orlando‘s major theme parks are just a short drive on I-4.

There are some ideas being considered right now aimed at boosting visitors’ confidence.

Robert Niles is the editor at themeparkinsider.com, which is considered one of the foremost publications on the topic.

So, we turned to Niles for his insight when it comes to finally re-opening Florida’s theme parks.

The key question, he says, is one of consumer confidence.

Disney and Universal Studios plan to open their CityWalk and Disney Springs areas in a couple of weeks with strict social distancing.

But this week, Disney's CEO indicated it could be several more months before U.S. theme parks reopen.

“The nightmare scenario here, the thing that everybody wants to avoid,” said Niles, “Is Florida reopens theme parks and there’s a huge outbreak.”

Niles called it a good start.

“We are in completely uncharted territory here. There is no manual for how to do this,” he said.

Perhaps one of the biggest changes is the suggestion to limit attendance to 50 percent of theme park capacity during a first phase of reopening, and 75 percent during a second.

“I think they might be happy to open with a more limited audience of just locals at first,” said Niles. “Because they’ve got a test all the stuff. This is new to them - they haven’t done operations like this before.”

The Tampa Bay Area has a lot riding on this too, says Niles. The region is home to water theme parks, Legoland and of course Busch Gardens, where the new ‘Iron Gwazi’ roller coaster could create a surge of visitors.

Bay Area theme parks are working on their own plans, says Niles, but closely watching their colleagues at Disney and Universal Studios for guidance.

“I think a lot of things that are being considered in Orlando are really things that are going to become industry standards,” said Niles. “Not just in central Florida but in Southern California, in Ohio in the Midwest. And in the Bay Area obviously.”

Some of the theme parks have already talked about implementing additional restrictions on their own, including expanded use of virtual waiting lines with specific times to ride to avoid crowding.

There’s nothing written in stone yet but expect some big changes for one of Florida’s biggest industries.