After 51,700 test results were turned in, the state said 18.39 percent were positive, a record high. 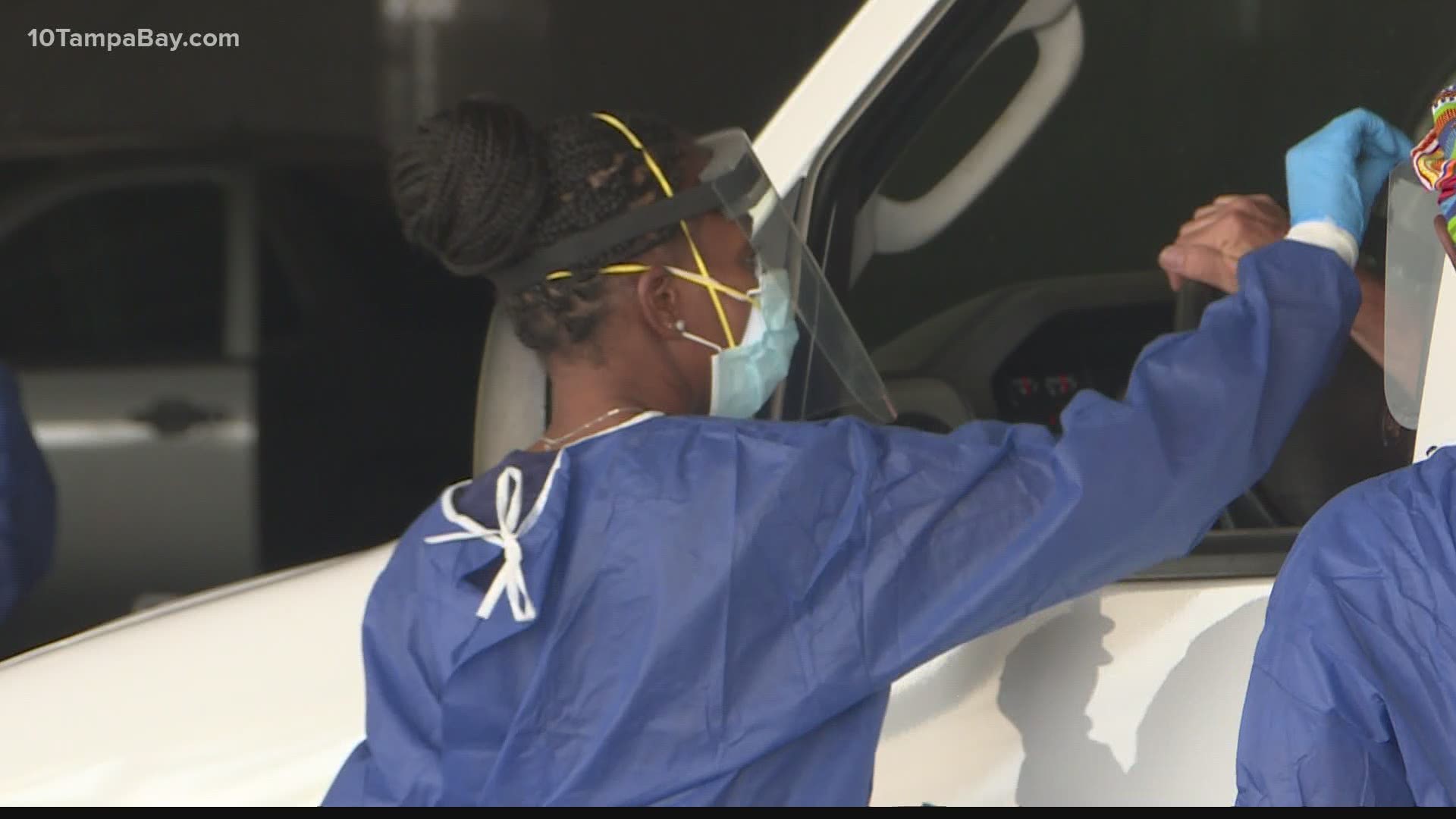 As new coronavirus cases continue to spike in Florida, epidemiologists have deemed the state one of the epicenters of the pandemic in the United States.

Thursday's report from the Florida Department of Health shows the state reported another 8,935 cases on July 8. The state has yet to report a day in July where the number of new cases was fewer than 6,000.

Since March, a total of 232,718 positive coronavirus cases have been confirmed in Florida. The state passed the 200,000 cases mark over the weekend after hitting the 100,000 mark just two weeks ago.

Florida has now had more confirmed cases than Germany and France, according to data from Johns Hopkins University & Medicine. Germany has 83.02 million residents, which is more than 3.86 times the population of Florida. France has nearly 67 million residents -- more than three times Florida's population.

The highest number of new cases the state reported on a single day was 11,458 on July 4. That report also coincided with the most test results being submitted so far with more than 85,000 received from labs on July 3.

Thursday's report showed 51,700 test results turned in on July 8, with 18.39 percent being positive. That percentage is now the highest positivity rate for new cases the state has reported so far.

Why does the state's dashboard look different?

The state's dashboard for new COVID-19 cases looks a little different than ours, at least for daily new cases. That's because the state is only tracking Florida residents, not total cases in Florida, on its dashboard. It tracks the latter in its daily report.

And, the chart on the state's website is regularly revised to say a case happened on one day instead of another.

For consistency, we've been tracking the total number of cases reported each day. Those totals don't change, so it's the most consistent way to measure trends, even if the state moves data around on its dashboard.

Here's a direct link to the state's data to examine yourself.

It's hard to track just how many people are hospitalized with COVID-19 at any given point in Florida. Since the pandemic began four months ago, the state said a total of 17,167 residents have been hospitalized as of Thursday morning.

But, that number includes anyone who was hospitalized at any point during their illness. It does not show the number of people currently in the hospital for coronavirus.

The Agency for Healthcare Administration (AHCA) does update hospital bed and ICU availability by county. And, some counties have taken steps to show that information, including Pinellas County, which offers a daily look at coronavirus hospitalizations in the area.

Most counties don't say exactly how many of their beds are being occupied by coronavirus patients at any given moment, but we can use the total ICU bed occupancy as an indicator of how full hospitals are right now.

As of Thursday morning, 14.46 percent of Florida's 6,230 adult ICU beds were available. When it comes to the state's 589 pediatric ICU beds, 33.62 percent were available.

All that is according to the Agency for Health Care Administration's data.

Around the Tampa Bay area, here is the breakdown:

**Editor's Note: The state doesn't offer ICU availability for Hardee County. But, for some perspective: as of Sunday morning, two of the county's 25 hospital beds were available for an 8 percent availability.

RELATED: ‘We’re the epicenter’: Epidemiologists say action to slow the spread of COVID-19 in Florida needs to be taken now