2 trillion with a 'T': Comparing the coronavirus stimulus package to recovery efforts in the past

There are 12 zeros in $2 trillion, and it's all meant to help the nation's economy -- and its workers -- shut down because of coronavirus. 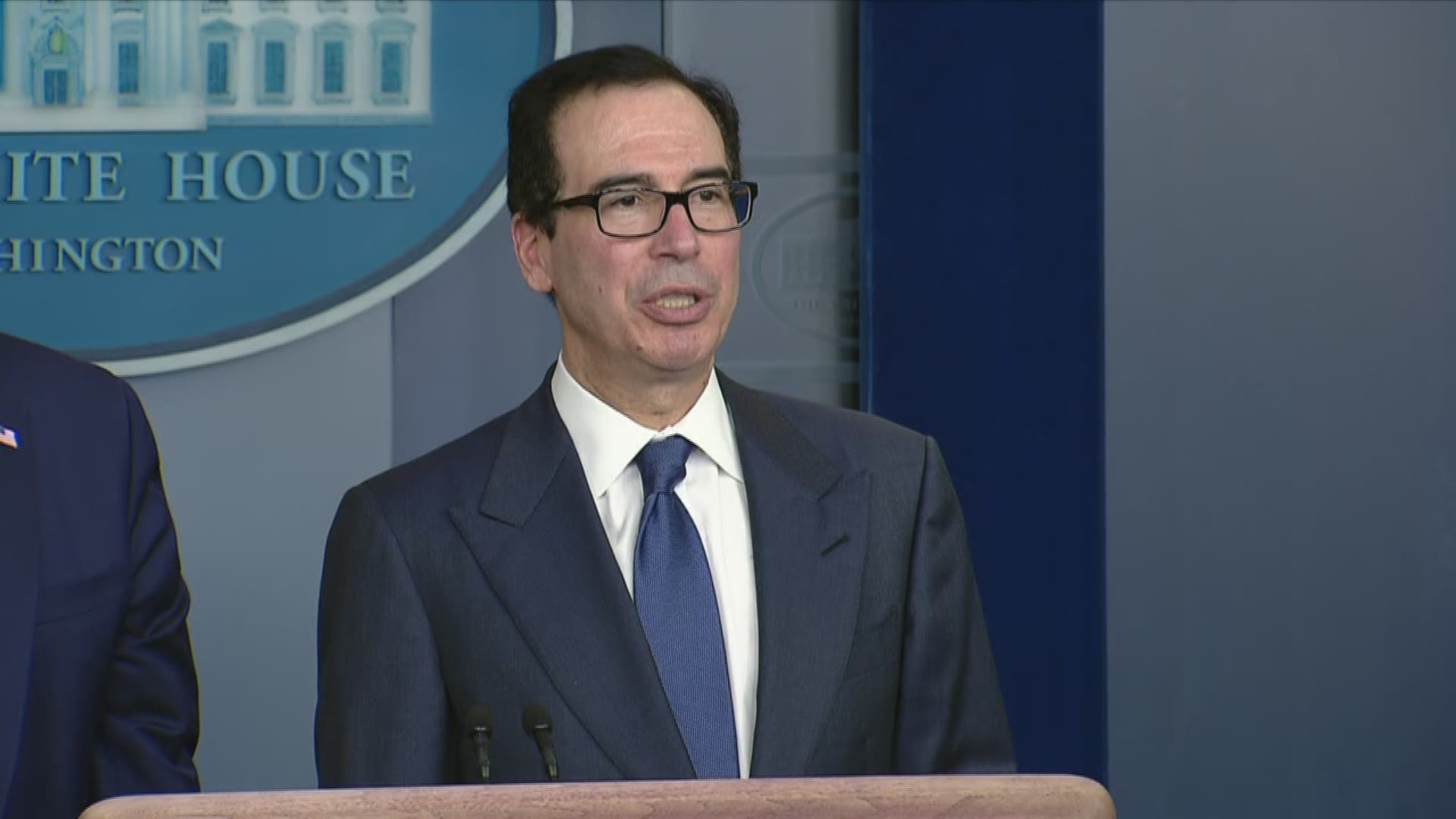 ST. PETERSBURG, Fla. — When billions of dollars were injected into the U.S. economy during the Great Recession a decade ago, it was the biggest stimulus package in the nation's history.

At about $2 trillion, the economic response to the COVID-19 coronavirus blows the old record of $813 billion out of the water. And it makes the $15 billion airline bailout signed into law by President George W. Bush look like a drop in the bucket.

USA Today reports the stimulus package mulled over by lawmakers in Congress is more than half the size of the $3.5 trillion the federal government expects to collect in taxes this year.

"The response looks to be proportionate to the extent of the problem," said Justin Wolfers, a University of Michigan economist told The New York Times. The problem is that many businesses -- from restaurants to airlines, manufacturing to sporting -- suddenly are shuttered and workers won't be receiving a check to no fault of their own.

The stimulus bill aims to prop up many facets of the economy, including sending direct checks to Americans, providing unemployment benefits and directing money to hospitals in desperate need.

RELATED: $2 trillion coronavirus deal: Who will get stimulus checks and when?

USA Today compared the 2020 stimulus package to those of decades past, including the 2001 airline bailout. When flights were grounded after the Sept. 11 attacks, Congress responded by writing up the $15 billion Air Transportation Safety and System Stabilization Act in an effort to provide aid and other loan guarantees.

In 2008, the Emergency Economic Stabilization Act -- also known as the Troubled Asset Relief Program, or TARP -- was signed by Bush, creating a $700 billion program to allow the government to buy "troubled assets." This included the U.S. taking stakes in big banks and the auto industry, like General Motors.

The U.S. Treasury noted a $15 billion profit as the program winded down, but the USA Today said the biggest controversy involved whether the government should have even helped those on Wall Street and not American workers themselves.

President Barack Obama signed the American Recovery and Reinvestment Act months after TARP, injecting $831 billion into the economy by providing tax cuts for families, unemployment benefits, support for infrastructure projects and more. It was extremely partisan: only Democrats passed it in the House with fewer than a handful of Republican senators in approval.

But, if signed into law by President Donald Trump, the economic response to coronavirus isn't about buying the latest and greatest technology in America -- it's meant to shore up the economy and save lives.

Oh, if you're thinking, "What about the Great Depression? What was done then?" The Federal Reserve Bank of St Louis estimated President Franklin D. Roosevelt's New Deal to get America out of the crisis cost $653 billion in 2009 dollars.