‘I realize it's going to be a heavy lift.’ Tampa Bay employers react to federal vaccine mandates

The balance between compliance and keeping workers on the job is critical for hospitals in the area after the new requirement. 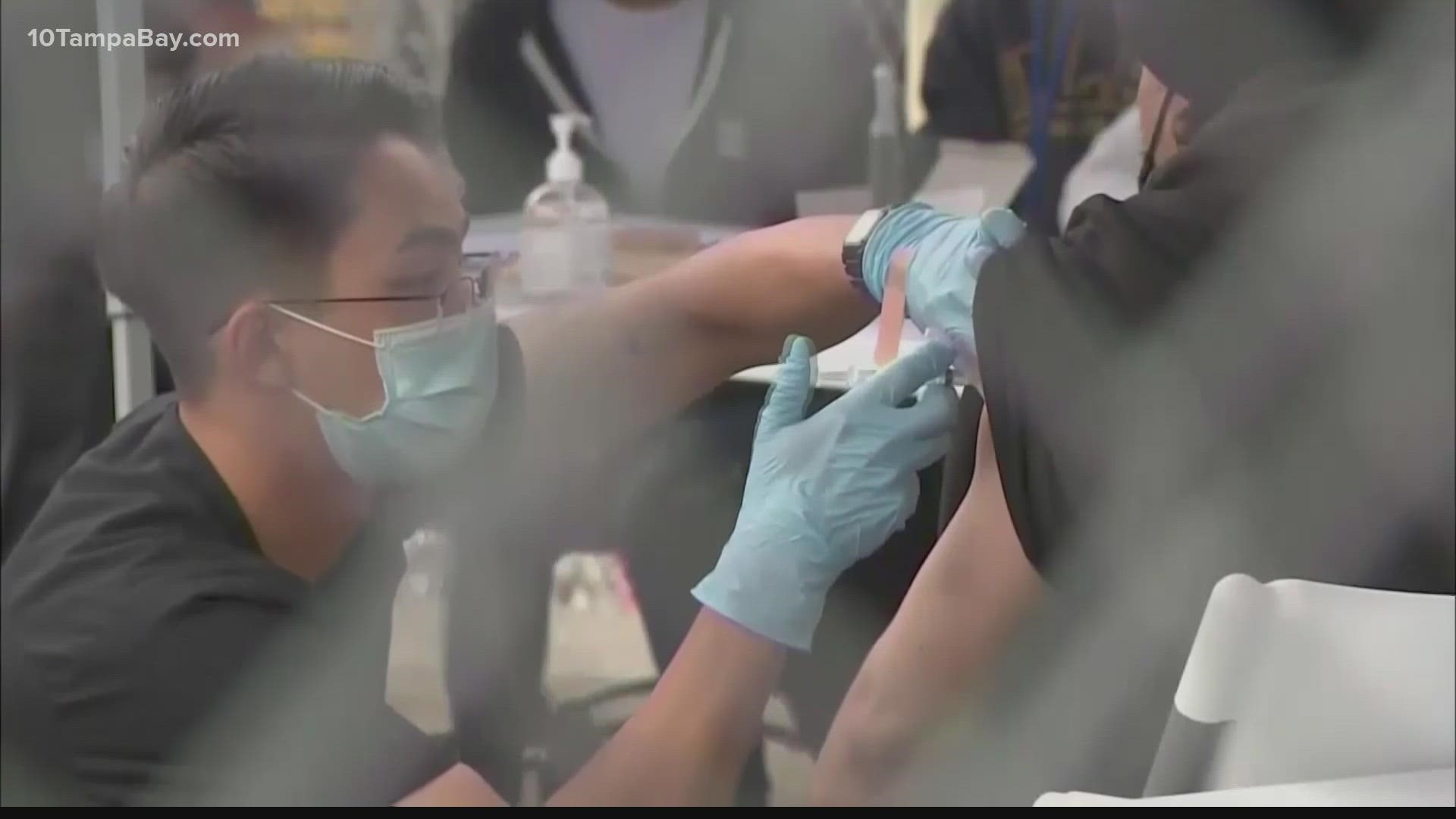 TAMPA, Fla — The new requirement for employees to get vaccinated or tested weekly if they work at companies with more than 100 people has the Tampa Bay area businesses trying to balance compliance and keeping workers on the job.

That balance is critical for hospitals in the area, who have wanted to implement mandates, but feared losing critical workers charged with saving lives during the pandemic.

“As much as we would like to mandate the vaccine for our team members, in this moment with the strain on our team, we believed a mandate could have a negative impact on health care access for our community,” BayCare CEO Tommy Inzina said in a statement posted on the company’s website.

Despite the concern, Inzina said BayCare will follow the orders of the federal government.

“We respect the decision made by our elected official and BayCare will take the necessary action to comply,” he said.

Tampa General Hospital made a similar announcement Friday, saying it plans to comply and has urged workers to get vaccinated since December 2020. Currently, 74 percent of TGH team members are vaccinated, a spokesperson said in a statement.

For other companies in the area, the directive will just be an extension of the work they have already done.

"I realized that we're going to have to put protocols and processes in place, but we've always been very mindful of providing a healthy and safe work environment,” PGT Innovations Chief Human Resources Officer Debbie LaPinska said.

The company has more than 5,000 employees, including 4,200 in Florida, and is one of the largest employers in Sarasota County.

"We're still just trying to grapple with the news of this new mandate,” she said. "I realize it's going to be a heavy lift."

The company already runs on-site testing and vaccine clinics at its Venice location, but must now invest time and money in expanding to its other locations.

The president's plan calls for all employers with more than 100 workers to make sure workers are vaccinated or tested weekly.  Employers have to give paid time off for workers getting vaccines.

“We expect to have these regulations issued shortly, and compliance will be mandatory,” Jennifer Compton, an attorney in the labor and employment practice at Shumaker, said.

“If there is not the ability to comply, non-compliant businesses will be fined up to $14,000 per violation. So, at this point you should start preparing start thinking about that policy that you need to have drafted and wait for the regulations to come out in the next few weeks.”

"We will be acting in the state of Florida to provide protections for people," he said. “They should not lose their job. They should not be unable to put food on their table just because they made a different decision than the powers that be are demanding that they make.

Compton says while lawsuits are expected, they are not likely to hold up in court.

“Any challenge would have to be in federal court with federal judges who are appointed by the federal government,” she said. “So, I don't think that any challenges will be successful."