The CDC is working to confirm the state’s third case of COVID-19. 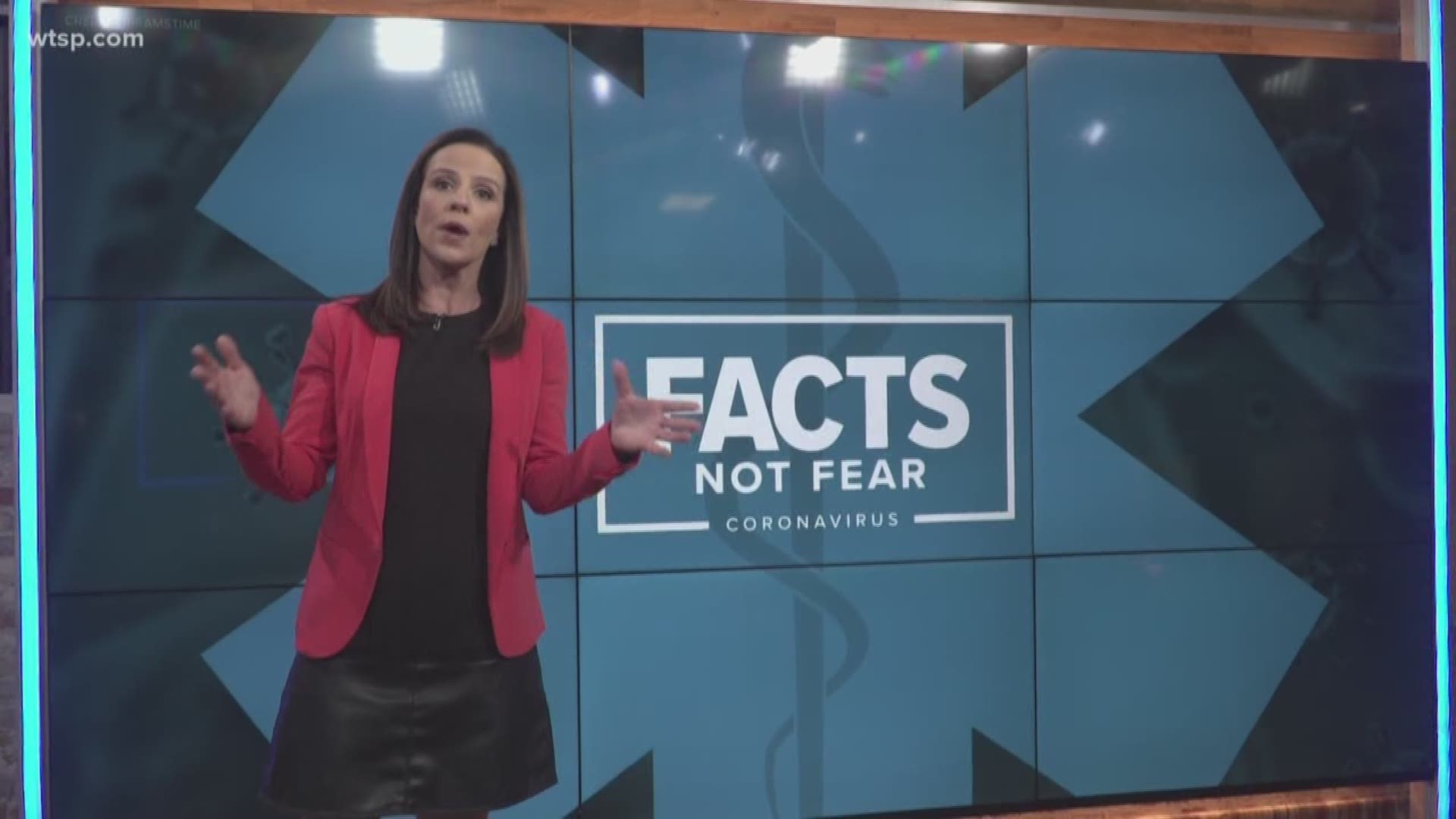 She is staying with the Hillsborough County woman who has a confirmed case of COVID-19. The two women are not related. The governor's office said they traveled to Milan, Italy, together and it's believed they contracted the virus there.

According to the governor's office, the woman with a confirmed case of the disease also lives with her sister. The sister has shown no symptoms, but all three women are in self-isolation.

The governor said Monday he was expecting more cases of coronavirus in Florida. 10Investigates' reporter Courtney Robinson learned on Tuesday a third person has tested ‘presumptive positive’ for the virus, which is officially called COVID-19.

According to the governor's office, the person lives in the same house as a woman in her 20s who contracted coronavirus on a trip to Italy.

The test samples from this new case have been sent to the Centers for Disease Control to be confirmed.

A man in his 60s was diagnosed in Sarasota after going to the hospital with breathing problems. He wasn’t tested right away because of CDC guidelines, which have since been changed.

The Florida Department of Health says 247 people are being monitored for coronavirus symptoms. That number is up from the 184 Gov. Ron DeSantis spoke about Monday during a news conference.

Twenty-four tests have come back negative.

Credit: AP
Florida Surgeon General Dr. Scott Rivkees, center, speaks to the media as he is flanked by Lt. Gov. Jeanette Nunez, left, Gov. Ron DeSantis, second from left, and Deputy Secretary for Health Dr. Shamarial Roberson, right, during a news conference Monday, March 2, 2020, in Tampa, Fla. Florida officials attempted to reassure residents on Monday that the risk posed by a new strain of coronavirus remained low, despite revelations Sunday that two people had become the first in the state to test “presumptively positive" for COVID-19. (AP Photo/Chris O'Meara)