Study: Florida could be the next epicenter of the COVID-19 pandemic

A study from PolicyLab shows large jumps in cases in Florida, Texas, Arizona and the Carolinas. 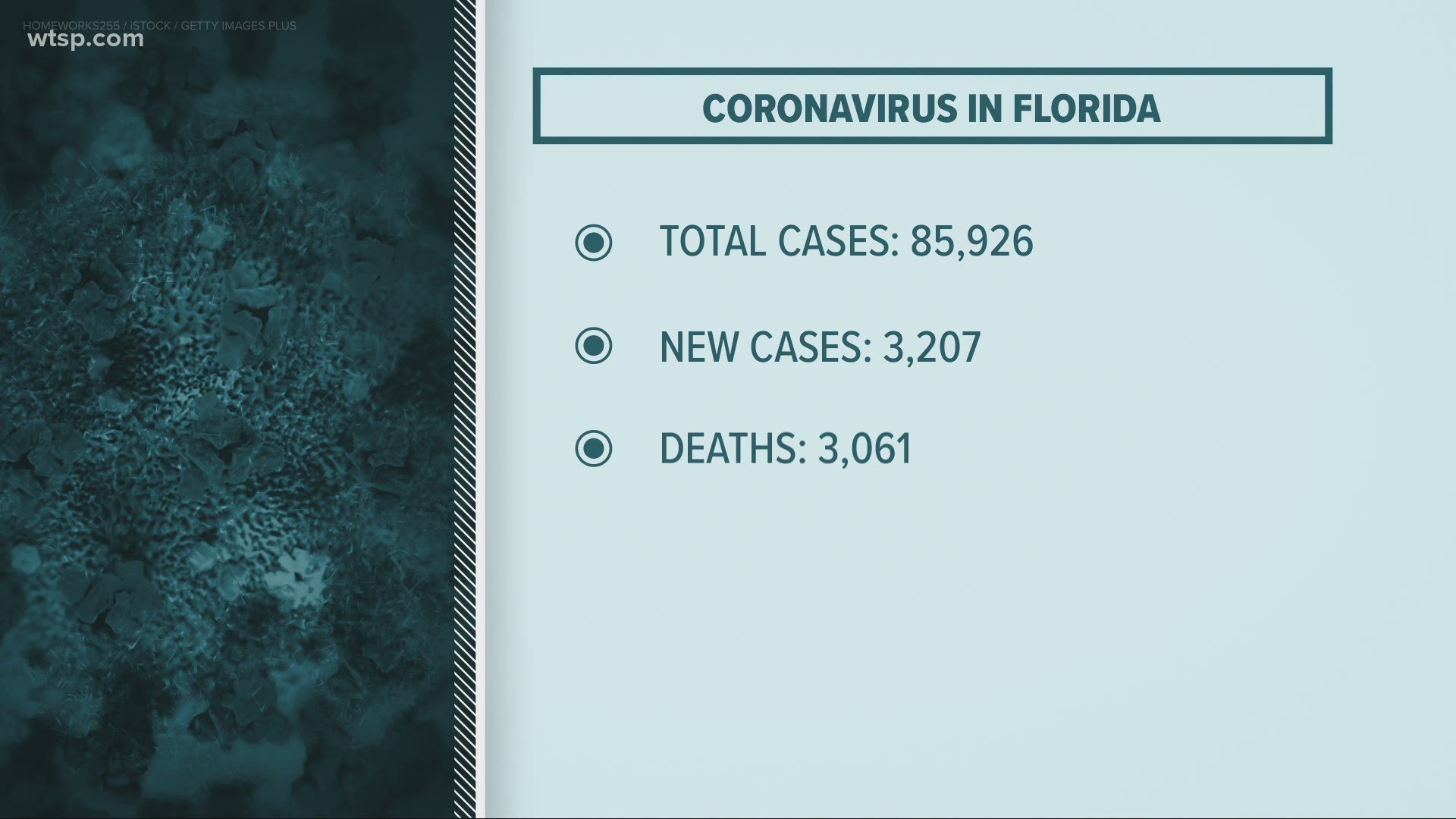 New models from health experts at Children's Hospital of Philadelphia's PolicyLab predict Florida could be the next epicenter for the COVID-19 pandemic.

In a blog post on Wednesday, the authors state Florida "has all the makings of the next large epicenter...the risk there is the worst it has ever been in our projections."

In particular, the doctors who developed the models point out several areas in Florida that have "a fairly widespread transmission event" -- Miami and southeastern counties, Tampa, Fort Myers area and Orlando. Drs. David Rubin, Gregory Tasian and Jing Huang said they forecast these events "will continue throughout the state."

The three doctors also showed comparative models of Hillsborough County and Miami-Dade County that forecast "projected cases assuming current social distancing practices." According to these experts, both counties could see a steep spike in new cases by mid-July.

Thursday, June 18, marked a week of big jumps in the number of new coronavirus cases reported by the state. According to state data, there were 3,207 new cases reported on Thursday, the largest single-day spike in positive case reports since the state began tracking them. And, it's the first time the state has seen a number higher than 3,000.

RELATED: Florida reports another jump in confirmed cases of coronavirus

RELATED: VERIFY: Are we seeing more COVID-19 cases in nursing homes, prisons and among migrant/farm workers?

Here's a breakdown of new coronavirus cases reported in Florida:

State leaders, including Gov. Ron DeSantis, continue to cite increased testing as the reason behind the jumps in new cases. However, some experts, including Dr. Marissa Levine with USF Public Health, say increased testing and the state's percent positive rate aren't necessarily the best indicators for how well the state is responding to the virus.

RELATED: Epidemiologist says data can be misleading and coronavirus is spreading in Florida

Florida's second phase of reopening began on June 5, when places like movie theaters, bowling alleys and bars were allowed to reopen with capacity and social distancing restrictions. Gyms are also able to operate at full capacity with restrictions.

The state began the first phase of reopening on May 4, which allowed restaurants, retail stores, museums, libraries and gyms to open with restrictions.

RELATED: Has a second wave of the coronavirus hit Florida's shore?