Where does the search for a COVID-19 vaccine stand after a second Phase 3 trial was stopped?

Researchers now say we may know if a vaccine is promising by the end of this year, but an emergency use authorization from the FDA may not be granted until 2021. 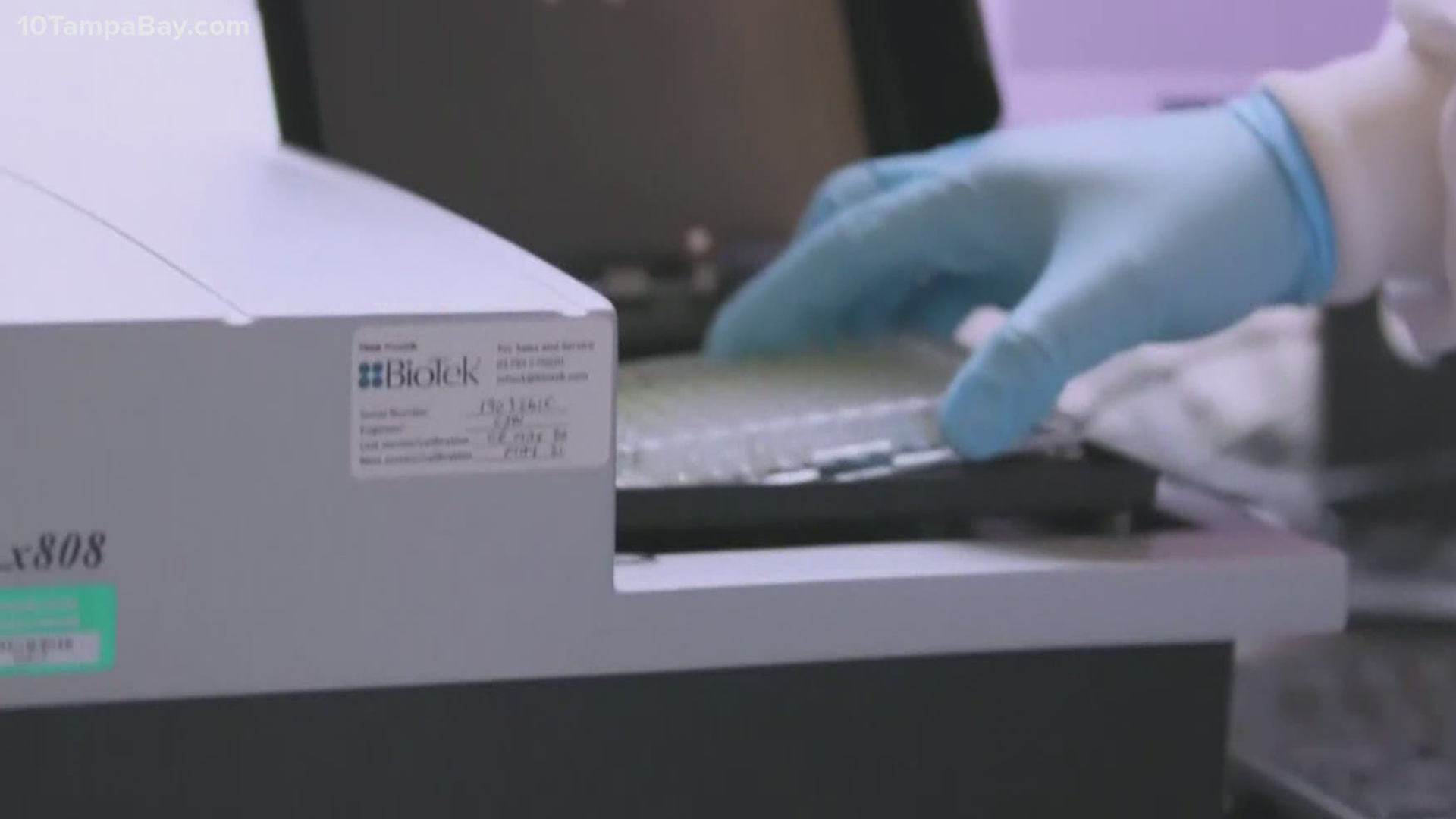 TAMPA, Fla. — Despite two setbacks in 24 hours, the fight against COVID-19 continues.

Drugmaker Eli Lilly paused a study of its monoclonal antibody treatment a day after Johnson & Johnson paused Phase Three of its own vaccine trial. Both cited safety concerns after volunteers either got sick or had adverse side effects.

If an investigation finds the volunteers got sick on their own, both trials are expected to resume quickly.

Phase Three is the last phase of clinical trials before possible FDA approval. At this point, scientists are testing the vaccine on thousands of people to make sure people can build an immune response to the virus.

While scientists work around the clock to find a vaccine, 42 of them across the globe are already going through clinical trials. Ten of them are in Phase Three. Infectious disease experts say the process to get an emergency approval can't be rushed.

“I actually think that we have a decent chance of getting a vaccine, but I am concerned that it will be rolled out prematurely because of potential safety concerns,” said Dr. Kami Kim with the University of South Florida.

While the Centers for Disease Control and Prevention gave Nov. 1 as the potential deadline for states to see shipments of a vaccine, scientists say it isn't realistic.

“No, would say that definitely. The CDC is under significant pressure from those persons who are unfortunately not scientists to come up with a deadline and say we're going to have it by this day. That date is extremely significant politically, however, scientifically, it makes no sense. It looks like we're six months out,” Roberts said.

Researchers now say we may know if a vaccine is promising by the end of this year, but an emergency use authorization from the FDA may not be granted until 2021.