'He'll come out of the ICU': Wife of COVID-19 patient asks for prayers that her husband will survive

She still doesn't know where her soulmate caught the virus, but says they would only wear masks when required. 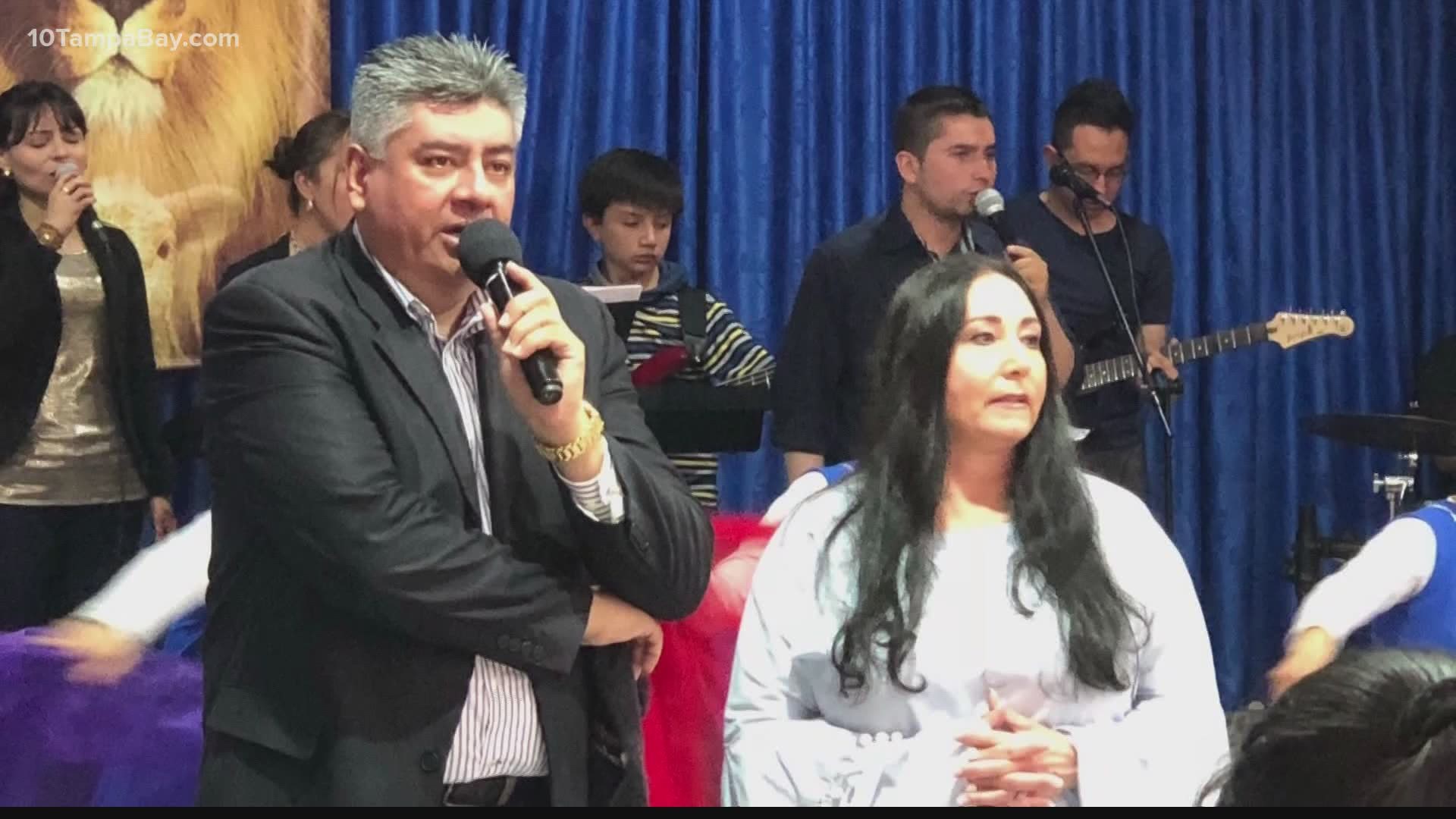 TAMPA, Fla. — Months into the coronavirus pandemic and hospitals in Florida still have patients in the ICU trying to fight the virus.

Carlos Cepeda is one of them. The Tampa minister has been on a ventilator fighting for his life at Tampa General Hospital for a month now.

“We both started feeling very exhausted. It was a different kind of exhausted, you know, like even your muscles, everything was just very exhausted. Then he started getting to where he was coughing and coughing. Then to where he couldn't breathe,” his wife said.

Donna Cameron-Cepeda says it was over a month ago when the symptoms started, but she never thought Carlos had COVID-19.

“But then it starts getting worse, and it’s like ‘Okay, maybe it’s something more.’ Then it just kind of escalated,” Cameron-Cepeda said.

The doctors at TGH tested Carlos for coronavirus as soon as he was rushed to the ICU. He was positive.

“I have not been able to see him at all and it's been almost a month. I mean, like go in to see him because they don't allow visitors. I was able to do have a video calls with him even when he was not conscious,” Cameron-Cepeda said.

Their faith in God is what keeps Donna strong. She still doesn't know where her soulmate caught the virus, but says they would only wear masks when required.

While she shares Carlos' story, she asks for your prayers he will make it out alive.

“It's still not in a good situation right now, you know being an ICU, but absolutely I have never doubted that he will walk out of there,” Cameron-Cepeda said.

Doctors haven't been able to tell Donna when Carlos will be out of the ICU. They say he does need rehab, but his body is too weak right now.