'There are angels among us.' 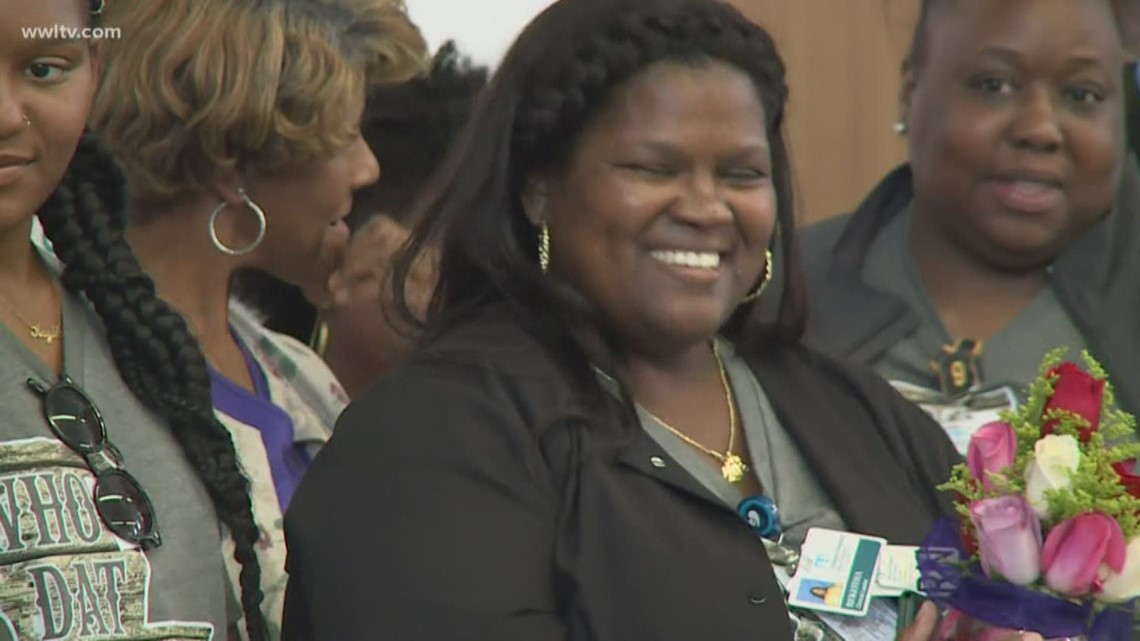 NEW ORLEANS — It was a hot July morning when a nurse driving to work at Children's Hospital spotted a mother on the ground, frantically screaming.

Her 4-year-old boy had stopped breathing.

Stacie Fitzpatrich was driving her son Connick to Children's hospital after he started having breathing problems,  but before they could get there he turned blue and unresponsive.

Neighbors and a jogger tried to help them.  A 911 operator was explaining how to do CPR, but she couldn’t get a pulse. That's when NICU nurse Rekeitha Larvadain stopped her car.

“And I was like, 'Oh my God. He's not breathing! OK mom, I'm starting CPR. My name is Rekeitha.' And I just started," remembers Larvadain.

By the time the ambulance arrived, Connick had a pulse again. After a few days at Children's Hospital, he was a healthy child at the beach with his big brother and sister.

His family didn’t forget what Larvadain had done for them, and neither did her coworkers. In a surprise ceremony, she got one of the highest international awards a nurse can get, the DAISY award.

Connick's dad recounted the terrible day to Larvadain's colleagues in the audience.

"In the world we live in today, it's easy to focus on the negative stories we hear every day, but we're here to tell you not to lose faith in humanity. There are angels among us," Corey Fitzpatrick said.

There wasn’t a dry eye in the room. The men and women on the medical staff, and Rekeitha as well, are on the front lines. They have seen the indescribable heartache of parents who go home without their babies.  But today, only tears of joy.

"Rekeitha arrived in the E.R. shortly after I arrived to check on all of us, and Stacie attacked her with a hug like I've never seen before," Corey said.

Little Connick painted an angel for Larvadain. The Fitzpatrick family gave her a gold angel pendant she never takes off.

Like Stacie, Larvadain is a mother of three, but says she was just doing what she always wanted to do.

"I knew it was my calling. I knew from a little girl. Always said I wanted to be a nurse. I always wanted to help people," Larvadain said.

But this time, she changed the lives of a family forever.

By the way, Rekeitha had just been recertified in CPR the afternoon before this happened.