Patient behind the plant: A Tampa mother's story of survival

A woman with Crohn's disease who was prescribed opioids following complications from her pregnancy started taking medical marijuana to help alleviate her pain. 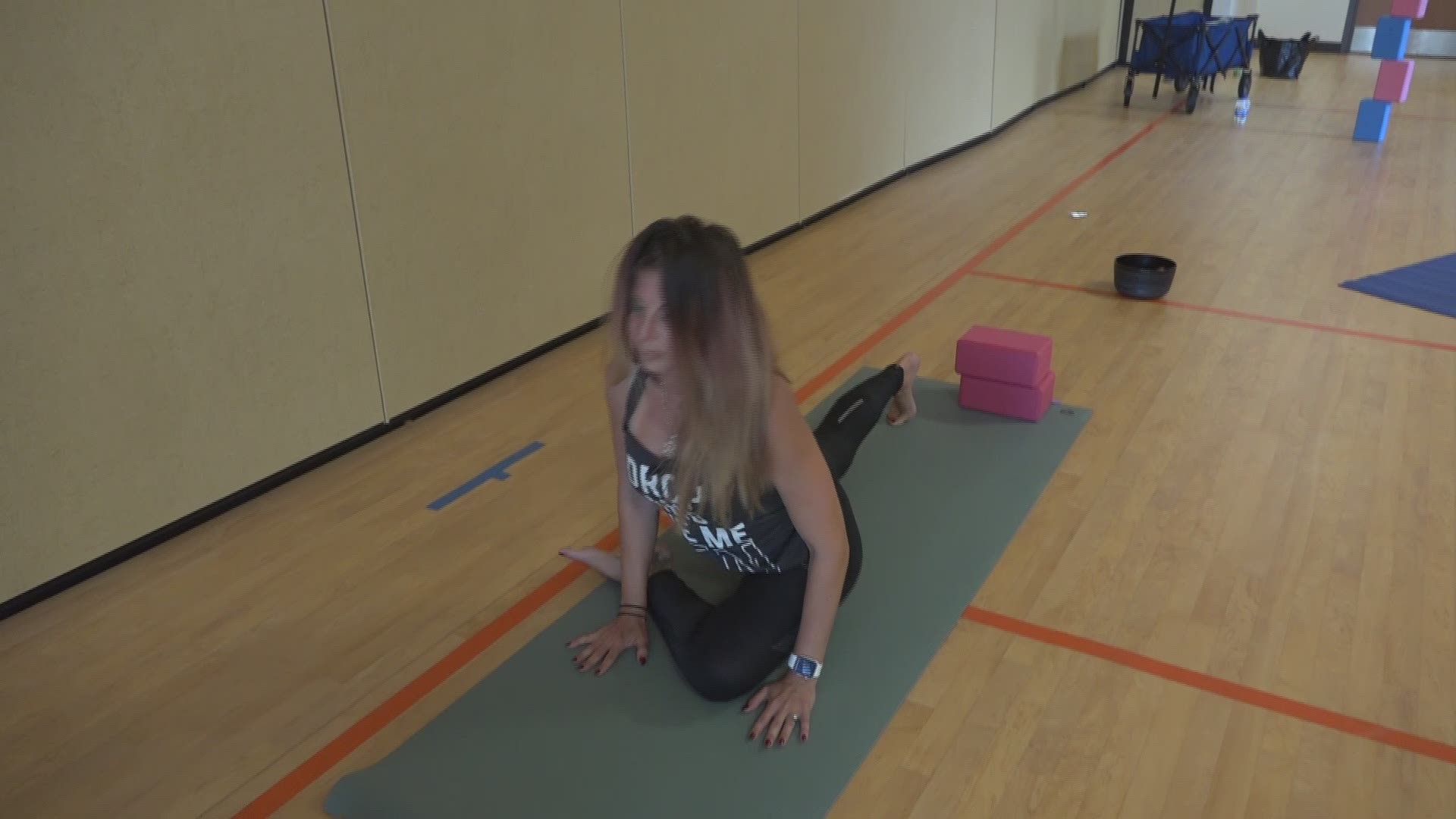 “I try not to judge others and what they don’t know,” said 34-year-old Lauren Leiva of Tampa.

Leiva has Crohn’s disease, an inflammatory bowel disease that affects the digestive system.

There is no cure. The 1.6 million patients in the U.S. with IBD can only manage their disease, usually with risky medications.

“My Crohn’s was controlled, but not in a good way under all these medications," Levia said. "I was losing my hair, I got osteoporosis, I got pseudo rheumatoid arthritis."

When she got pregnant for the second time in July 2016, she was cautious. Women with Crohn’s disease have to be heavily monitored as they are usually considered high risk.

“I was told I could never have children with my severe Crohn’s because I was on all this biologic medication," Leiva said. "When I got pregnant I took a chance and had my hope, and then my health declined.”

She was in the hospital for nine months from July 2016 to April 2017. It was all haze for her because she was put on opioids during her pregnancy.

“Dilaudid, morphine, oxy, Ambien, Benadryl. These are all the things they would prescribe me," Leiva said. "It’s a vicious cycle of lying in bed taking pills.”

Leiva told herself that once she got out of the hospital, she would find another way. She consulted with Dr. David Berger, her 10-year-old son’s pediatrician and a doctor with Wholistic ReLeaf in Tampa. He prescribes medical cannabis to his patients which is an approved treatment for Crohn’s disease in the state of Florida.

“[There are] both long and short-term benefits from it. So, from a pain perspective we know that the first dose out can bring reduction in pain because of how it calms down the nerves,” Berger said. “We also know in a longer picture, because of the way it maintains balance and homeostasis in the body, it also can serve as a longer-term anti-inflammatory.”

Leiva’s pregnancy was taking a turn for the worse. The doctors at Florida Hospital recommended she get an abortion, or she and the baby could die.

“I just kept saying the baby is okay," Leiva said. "I knew that no matter what pain I was in, as long as the baby was okay, I can handle it."

Miraculously, on Sept. 5, 2016, a healthy baby boy named Alexander Joseph was born. Sadly, Leiva’s health continued to decline. She was in and out of the hospital for six more months. Her doctor told her that this was her new normal: living on opioids with an unfixable disease.

“For me to hear that was just terrible because I wanted to go home with my family,” said Leiva as tears streamed down her face. "That’s the worst pain in my life when you’re burning alive.”

Leiva eventually found a doctor at the Cleveland Clinic who was able to perform a life-changing colostomy surgery. She was put back on pain medicines while trying to be a mom to two young boys. She decided to take Berger’s advice and started taking medical cannabis.

“Immediately it was the best thing ever," Leiva said. "It helped me eat, digest, sleep, wake up."

Leiva was able to get off her pain medicines and use medical cannabis as a way to relieve pain, stress and anxiety.

“Left and right I am having people reducing their inflammatory medicines for colitis," Berger said. "I have seen people who are significantly lowering their valium and other benzodiazepines and Prozac’s and all other medications."

“It’s not like ‘That ‘70s Show’ where you’re like smoking a joint and laying on the couch eating," Leiva said. "I am trying to be an advocate and pave the way that people who have scholarships and doctorate degrees also have conditions they might require medical marijuana."

“There are occasional cases of addiction, but relative to the opiates, the benzos, relative to any street drug, alcohol, or nicotine, it has much less addictive potential than with all those other things," Berger said. "That’s part of what the re-education needs to happen.

Leiva is now on only two medicines. She takes Humira, a common biologic drug used to treat Crohn’s disease, and medical cannabis. She’s a yoga teacher, personal trainer, nutrition specialist and most importantly, a mom.