A new requirement for safety is being recommended by safety organizations. 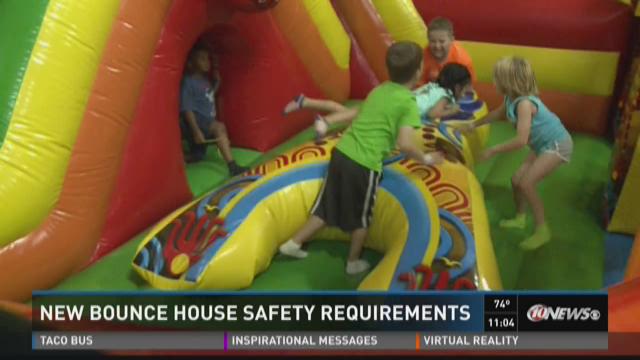 Parents bouncing around from party to party this summer with their kids should look for a safety feature before their children jump into a bounce house.

Fisher has several of the yellow, pyramid-looking devices that send a screeching siren out when the inflatable is experiencing a rapid deflation.

"It screams and we can react and see what caused it first, and two that the children are out of the inflatable," Fisher said.

Deflations can cause injury or even suffocation.

"If children are in it, they get frightened, especially small children," Fisher said.

The U.S. Consumer Product Safety Commission and the ASTM are recommending devices that alert about a deflation even become mandatory. The technology has been around for years, but not widely used.

"It's a cost factor for some businesses that they don't want to spend the extra $150," Fisher said.

The new standards are still pending.

Fisher says parents should always make sure inflatable operators have insurance and most importantly always have adult supervision when kids are using inflatables.

There are no regulations in Florida for inflatables.