A new scientific paper finds that babies aged 0-5 are having trouble sleeping because of excessive screen time. 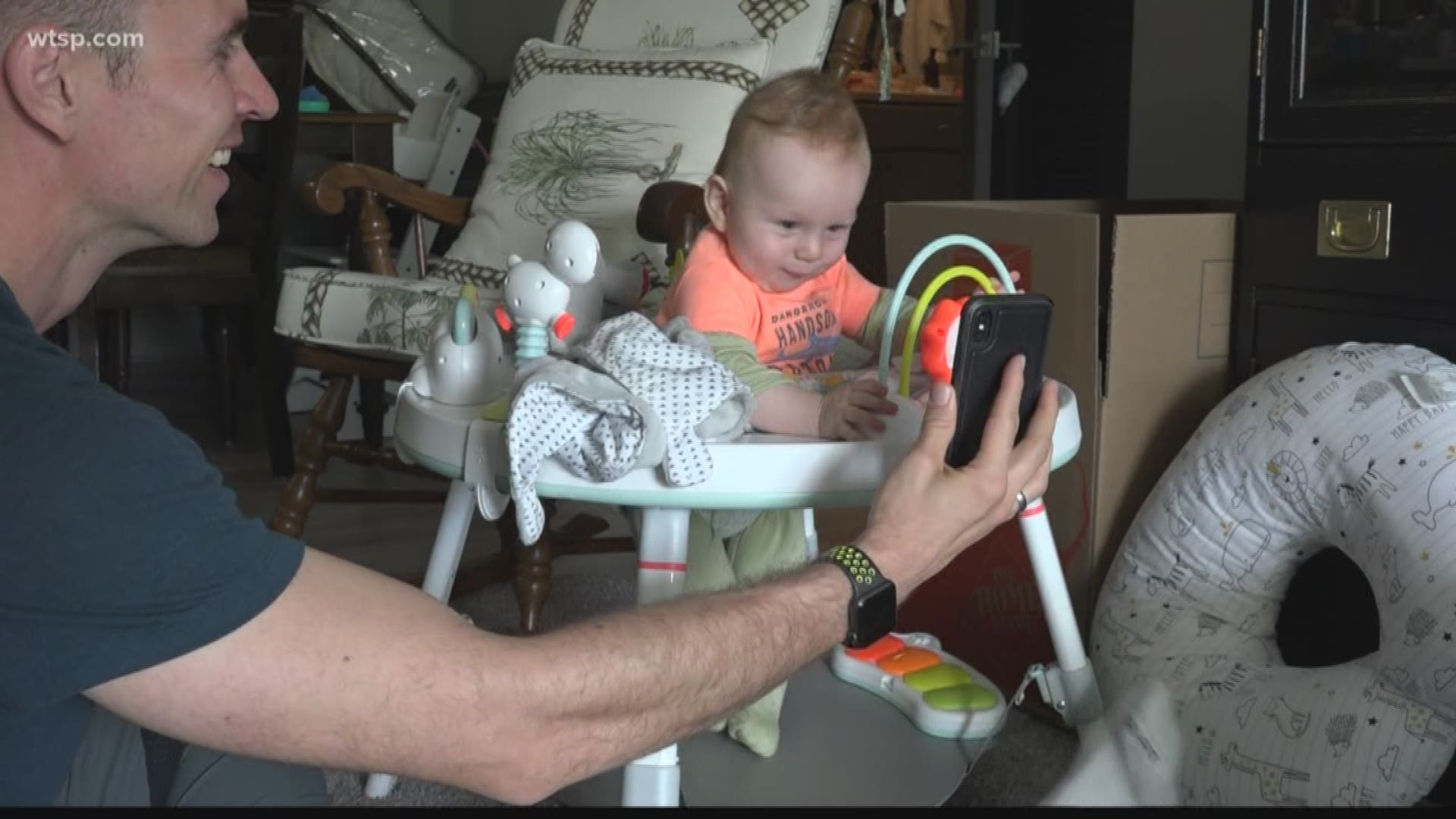 ST. PETERSBURG, Fla. — Babies are spending too much time in front of screens, and it's impacting their health.

A recent meta-analysis of 30 scientific studies found that babies and children, ages 0-5 years old, are being exposed to screens and that is resulting in sleep problems.

Children up to around age 2 should have little to no screen time and for kids ages 2 to 5, the American Academy of Pediatrics says you should limit your screen time to one hour or less.

The Kremens use Facetime so their 8-month-old, Lukas, can have a relationship with his grandparents in Slovakia. But other than that, the new parents try to keep screen time down to zero.

“We don’t do a formal screen time. He is exposed to our phones just when we have it in our hands, and we try to avoid that as much as possible. But it is definitely hard in today’s age," Lauren Kremenova said.

It’s hard, but it’s also definitely having an impact on babies.

“It’s unfortunate that it’s pretty common, but it’s understandable that the parent is kind of at wits end," explained Dr. Luis Ortiz. He works at the Sleep Center at Johns Hopkins All Children’s and sees patients of all ages with blue-light related sleeping issues. “So the worry is when you are exposing an infant to this bright blue light that will normally suppress melatonin.

“You may be disrupting these neural systems that are still developing in an infant."

That disruption throughout the day, and more specifically, right before bedtime, causes major problems.

“Their internal clocks are going to be disrupted, that will cause these children to not only take longer to fall asleep, but they will wake up more often when they fall asleep, and then they end up sleeping less," Ortiz said.

When you don’t get good sleep, it’s bad news. Especially for babies.

“Children who sleep less end up having symptoms such as worsening behavior, worsening mood, worsening ability to concentrate, and that has downstream effects throughout the years if that’s not treated," Ortiz said.

Part of the problem is that kids see on our phones, or near our phones, all the time. So the Kremens have used this as an opportunity to cut down on her screen time throughout the day, and also in that hour before bed.

“And that is something that my husband and I both recognize that we are trying to limit as well. And utilizing our son, Lukas, as a way to force us. Like okay, we don’t want to him to be as engaged and addicted as we are, so how can we control ourselves,” Kremenova said.

It is generally recommended that you should stop screen time around an hour before bed. Ortiz recommends parents set a standard bedtime and evening routine, that way kids know exactly when they need to turn off their devices every night.