Tampa, FL – It's a way to booze without taking a sip of alcohol.  Mothers are warning other parents about a re-emerging trend: Smoking alcohol. 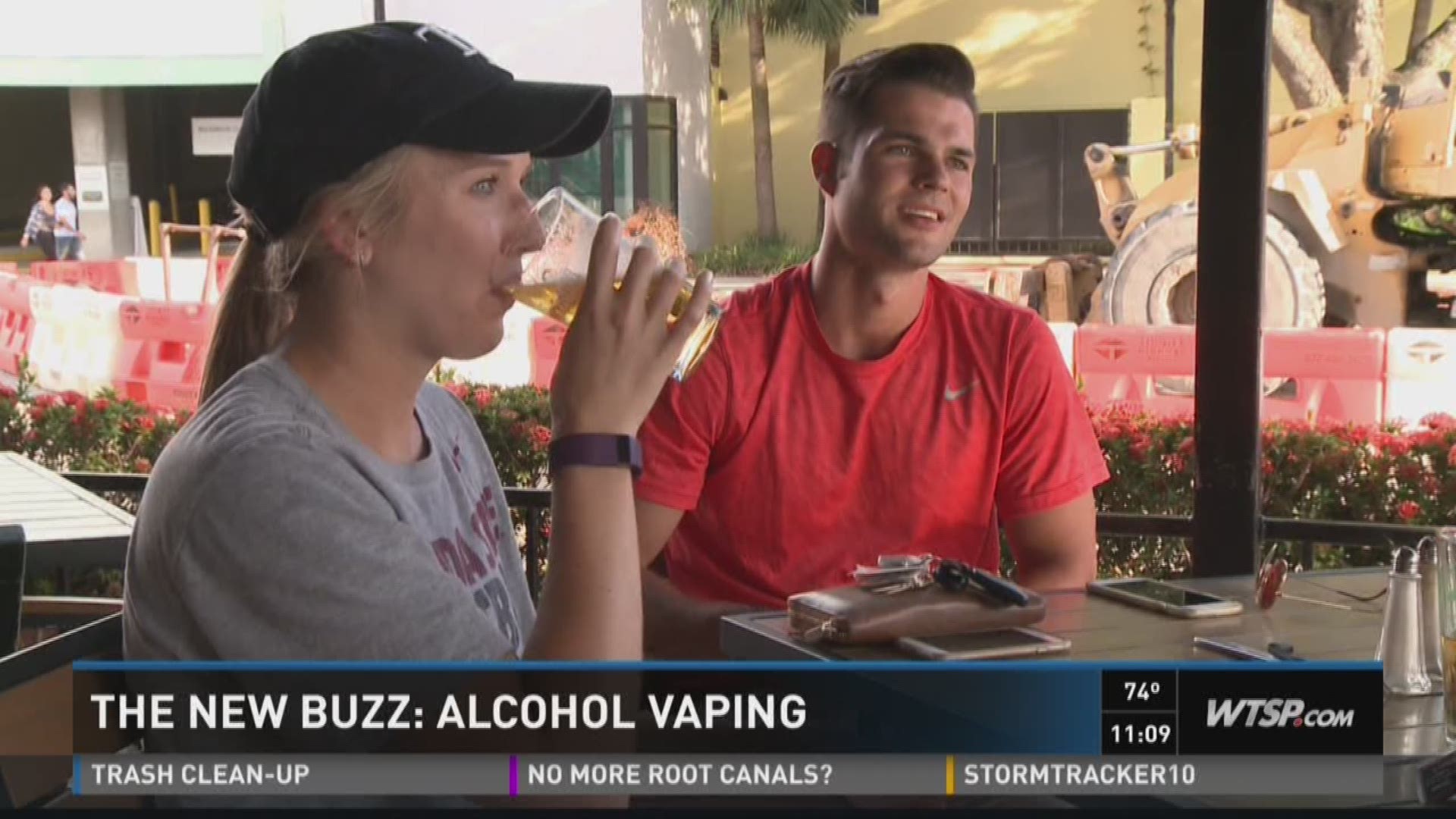 Tampa, FL – It’s a way to booze without taking a sip of alcohol. Mothers are warning other parents about a re-emerging trend: Smoking alcohol.

If you’re 21 and older, it’s not entirely illegal, but doctors tell 10News WTSP it can cause some serious health problems.

Online you can find plenty of videos showing how to vaporize alcohol without buying an alcohol inhaling device. There are alcohol bongs, dry ice cocktails and people even free-base alcohol over an open flame.

The goal is to vaporize the alcohol, inhale it and feel the effects of it fast.

Aleguas explains that when you inhale the vapor it goes straight into your lungs, bypassing the stomach, liver and other organs that metabolize and slow the absorption.

“You have really no clue as to how much you're ingesting,” said Aleguas.

Not only that, but Aleguas also says your body won’t give you the typical clues, like vomiting, to let you know you’ve overdone it.

He says by inhaling the ethanol vapors you also can damage your lungs. That can also lead to infection.

According to statistics from the Florida Poison Information Center, in 2015 there were 2,784 cases of alcohol poisoning among those 13 years and older. Two cases involved inhaling alcohol. Aleguas says it’s likely underreported because the numbers show calls placed to only three Florida Poison Centers.

There’s another misconception about vaping alcohol. Some claim it’s a way to feel the effects of alcohol and avoid calories or carbohydrates. Aleguas says that’s not true.

10News spoke to those enjoying the liquid versions of their favorite libations at a bar. Some had heard of it or seen it, but others called the smoking trend a party foul.

“It was weird,” said Brooke Freeberg. She added, “It doesn’t seem like a healthy thing.”

John Bosworth said the idea seemed bizarre and planned to stick to his pint of beer.

“It seems like it be a little easier to regulate having a beer instead of firing up the crack pipe with the alcohol in it,” Bosworth joked.

There are alcohol vaping devices on the market. They’re illegal to buy, sell or use in Florida. While selling a device is a misdemeanor, if you’re caught vaping alcohol you could face a $250 fine.