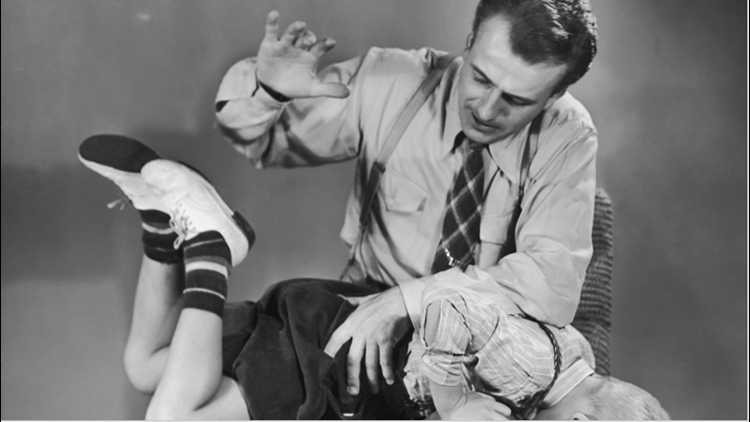 They’re not the traits of a well-adjusted child – but they are more common in kids who get spanked, according to multiple researchers in recent years.

A 2016 study by child development and family science experts from The University of Texas at Austin and the University of Michigan analyzed decades of research into the effects of corporal punishment on more than 160,000 kids.

They say the evidence is overwhelming.

It’s important to note, the researchers made a clear distinction between spanking and what most American parents would consider abusive behavior.

But – they say the end result is almost the same.

Dr. Andrew Grogan-Kaylor, who has a Ph.D. in Philosophy in Social Welfare, says, “spanking increases the likelihood of a wide variety of undesired outcomes for children. Spanking thus does the opposite of what parents usually want it to do.”

A 2013 New York Times report explained how researchers discovered maternal spanking when children are young is associated with greater aggression and rule-breaking, as well as lower scores on vocabulary tests a few years later.

"These results demonstrate negative effects of spanking on child behavioral and cognitive development in a longitudinal sample from birth through 9 years of age," wrote the researchers behind the 2013 findings in Pediatrics, the official journal of the American Academy of Pediatrics.

In 2018, the academy strengthened its call to stop spanking and advocated for educating parents about "more effective discipline strategies."

Spanking has become a lot less common in the United States. According to a University of New Hampshire study, 37 percent of American children get spanked when they act out.

Worldwide, that number is much higher.

UNICEF reported in 2014 that 80 percent of parents spank their kids.

RELATED: In Scotland, spanking is assault. In the U.S., doctors call it harmful.

RELATED: 'It's like living with a stranger' | The newly discovered syndrome that's changing kids' brains overnight