Why your doctor might soon talk to you about climate change

Ken Conklin has had conversations with his doctor on how climate change has something to do with his asthma. 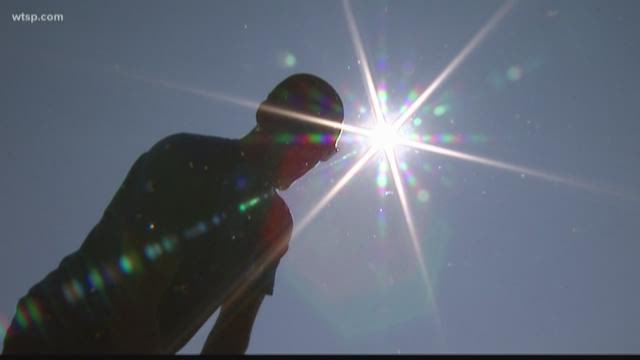 When you hear climate change you might think melting glaciers, rising sea levels, and very hot days, but do you ever think it’s currently making you sick?

“There are coughing fits that make me go into seizures,” Conklin said.

He was diagnosed with environmentally-induced asthma seven years ago.

“That’s probably the worst of it all, when you’re gasping for air and no matter how hard you’re trying, you’re just not getting it,” Conklin said.

He doesn’t remember who brought it up first, but he has had the conversation with his doctor, that climate change has something to do with his illness.

“As the last several years the winter is getting warmer, the symptoms are getting worse,” he said.

We know it’s getting warmer, the question is whether we can prove it’s already affecting our health. The Lancet, one of the most prestigious medical journals in the world says they found the evidence.

“I’m seeing that my kids are getting sicker and sicker with their asthma,” Ringenberg said. “They’re showing up with asthma at a younger and younger age, needing more and more medication to help them breathe.”

She has been talking to her patients about climate change for years and trying to get other doctors to do the same.

The hope is to raise awareness and potentially inspire action but some say that’s a longshot and could be distracting.

“I think unless you can tell a patient, who you’re asking to become a co-advocate with you, specific things they can do, they’re leaving there saying ‘do you want me to write a letter? Do you want me to attend a meeting?’ said USF Health director Dr. Jay Wolfson. “If I spend my time focusing on getting you to write your congressperson, it may or may not have an effect, but I dilute the very limited time I have with you.”

Still, more doctors are joining the cause in Florida. They say they’re not pushing it.

“If I suspect the person maybe doesn’t endorse that agenda, that’s fine, we move on to something else,” Dr. Stephanie Talton-Williamson said.

However, they also say they can’t stay silent while they watch their patients get sicker.