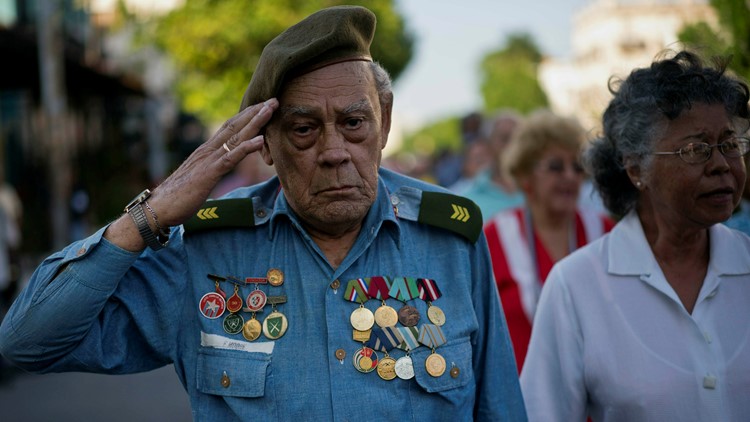 Photo by: AP
Edwin Moore, a veteran of the U.S. Bay of Pigs invasion, salutes as he listens to his nation's anthem during an event commemorating the 58th anniversary of Fidel Castro's declaration that his revolution in the 1950s was a socialist one, in Havana, Cuba, Tuesday, April 16, 2019. Reaction to news that the Trump administration plans to tighten sanctions against Cuba prompted worry, defiance and warnings on Tuesday, with Bay of Pigs veterans dismissing U.S. pressure. (AP Photo/Ramon Espinosa)

Bay of Pigs: The botched invasion happened 58 years ago

The infamous botched invasion known as the Bay of Pigs happened on this day 58 years ago.

On April 17, 1961, the CIA tried to remove Cuban nationalist Fidel Castro from power by planning an invasion of his country with 1,400 Cuban exiles.

The invaders were outnumbered by Castro’s forces and surrendered.

The U.S. detested Castro for his support of communism. Many Cubans supported Castro’s 1959 overthrow of dictatorial President Fulgencio Batista.