An expert says the graves are likely those of soldiers or Native Americans from the Seminole War era in the early 1800s. 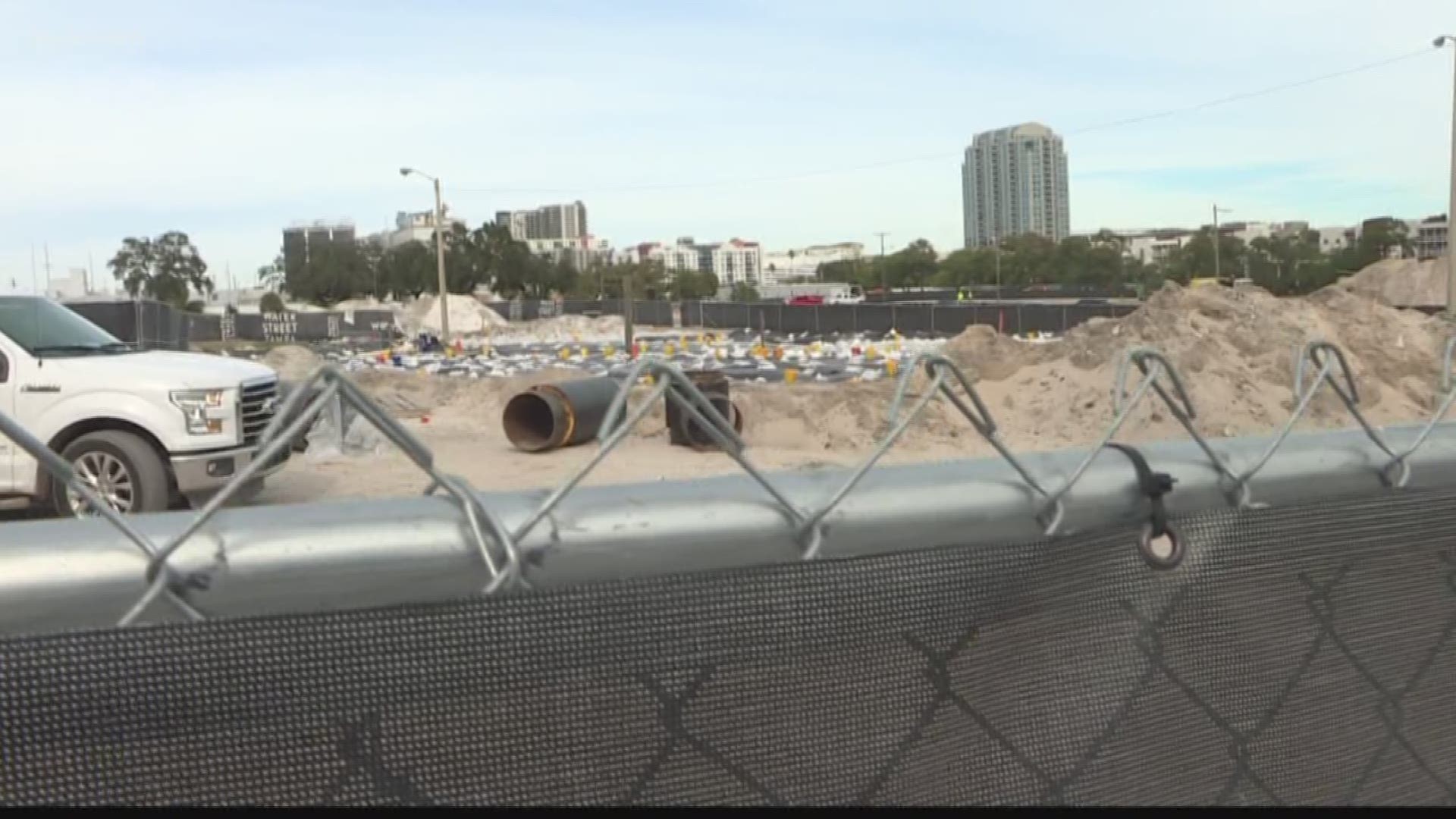 There is a lot of construction, as you know, going on in downtown Tampa right now. But on one particular site, development has been temporarily halted.

That’s because work crews have found what they believe to be a small -- very old -- burial site.

“We just don’t know. We don’t know why people forgot about it,” said Rodney Kite-Powell, director at the Tampa Bay History Center.

Powell says given the location on the north side of Channelside Drive, it’s probably the Estuary Graveyard, a burial ground from Tampa’s early beginnings.

The graves, says Kite-Powell, are likely those of soldiers or Native Americans from the Seminole War era in the early 1800s.

Back then, what is now downtown Tampa was Fort Brooke.

“And so, they were a part of a thousand people stationed here at Fort Brooke in the early 1830s,” said Kite-Powell. “So, that’s the year of the cemeteries that were established at the Fort.”

Strategic Property Partners, which is developing the area, says given Tampa’s history they knew this sort of discovery was a possibility before ever breaking ground. In fact, they brought in a team of archaeologists just for this very scenario.

Developers also say they actually built time into their construction schedule knowing there was a possibility of this happening, so it shouldn't impact any deadlines.

“This is an old historic city. And we are going to come across these things periodically,” said Tampa Mayor Bob Buckhorn.

Buckhorn said developers were scheduled to meet Thursday afternoon with representatives from the U.S. Army and the Seminole Indian tribe to ensure that the remains -- once identified -- are properly relocated.

If there are any remains discovered and they can't be identified as U.S. soldiers or Native Americans, Buckhorn says the city will find space to properly bury them in one of its historic cemeteries.

“So, even though we may not know them, we may not know who their families are, we’re going to do the best we can to make sure that they are treated with respect,” said Buckhorn.

People who live nearby, like Lonette Fedio, have been watching the construction progress. She agrees with the decision to suspend the project until any remains found can be exhumed and properly buried elsewhere.

“You know, in the excitement of all this, we don’t want to lose sight that these are human burials,” said Kite-Powell.

Developers found similar burial sites in the early 1980s when they constructed projects near the Tampa Convention Center and built what is now the Fort Brooke parking garage.

“There are stories in probably every one of those graves,” said Kite-Powell. “And so, this is what the history center does -- just trying to preserve those stories and tell those stories of those who came before us, so those who are here now and come later can learn from them.”