On this Holocaust Remembrance Day, a local museum works to ensure we never forget 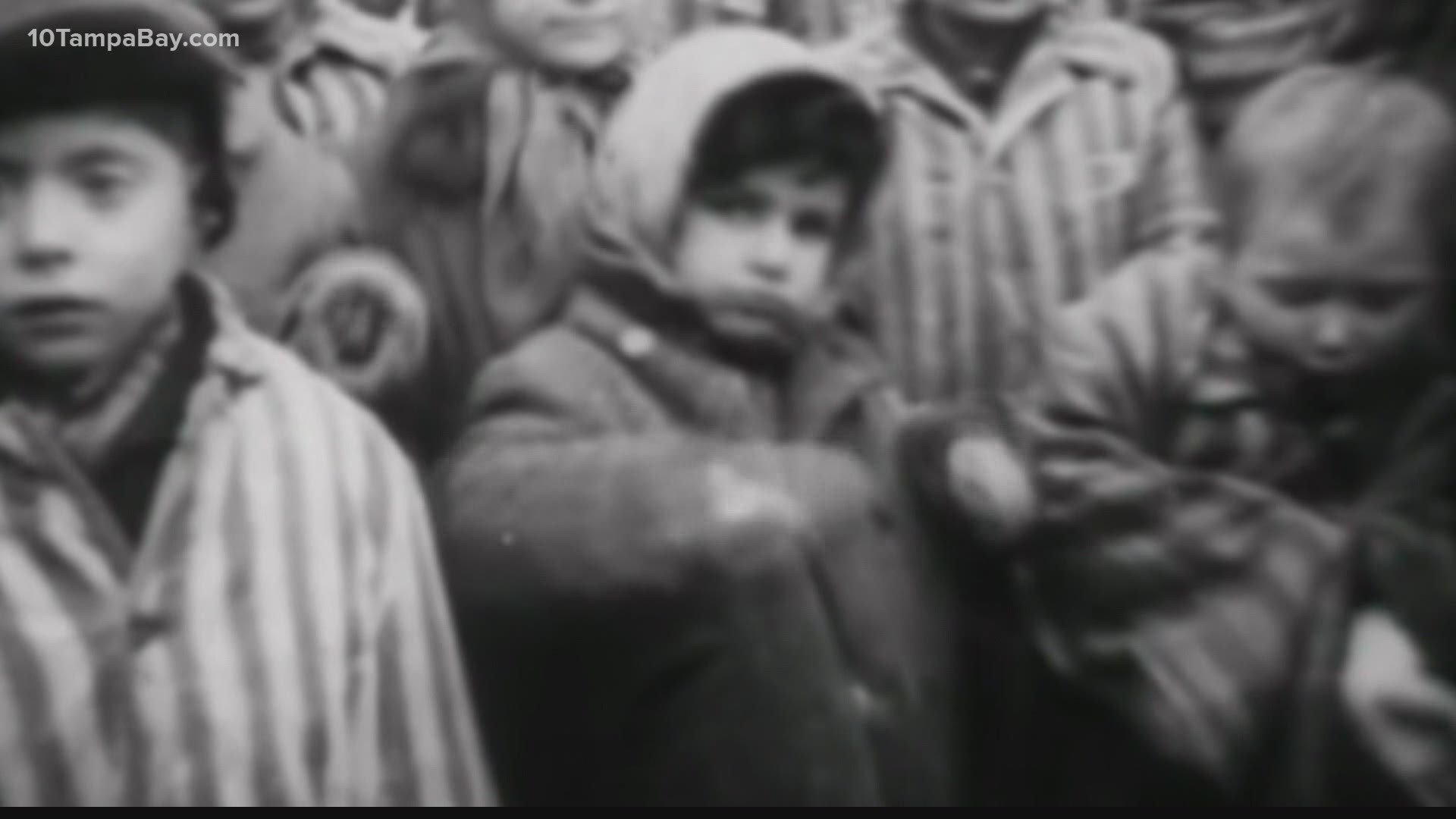 ST. PETERSBURG, Fla. — January 27 marks Holocaust Remembrance Day, the day the world pauses to honor and remember those who liberated the Nazi death camps in World War II. And, the world takes a moment to remember everyone who died.

To mark the day, The Florida Holocaust Museum in St. Petersburg, which has re-opened on a limited basis due to COVID-19, offered free admission for those making appointments online.

“I think it’s important. You can’t know where you’re going if you don’t remember your past,” said Walter Roberts, bringing his daughter to the museum to recognize the day. “You can’t make a better future if you don’t hold your past to be truth.”

“It ties together racism that is actively plaguing our country,” said Nancy Manning, who was visiting the museum with friends. “This is a physical manifestation of the horrors of how racism can run that deep.”

“It was the beginning of the end of the war,” said Florida Holocaust Museum’s Executive Director Beth Gelman.

Gelman has been working with state education leaders to ensure we always remember. Recent surveys show a disappointing number of young people don't even know about the Holocaust, so Florida recently became one of 12 states requiring public schools teach its history.

The museum is helping meet that goal with its free Trunks of Hope program, which offers educators physical and digital trunks of resources, filled with age-appropriate Holocaust education materials.

“I believe, or I wouldn’t be at this institution, that education is the key,” said Gelman.

Now, with incidents of anti-Semitism and nationalism on the rise both in the U.S. and internationally, Gelman says it’s as important as ever to honor those lost, those who sacrificed to overcome evil, and remember.

“There is also goodness in our community. There are people throughout the world who are standing up and who are saying this is not the world that I want to live in. That we must move forward,” she said, “We must listen to the voices of the past. We must create a better future.”

The Florida Holocaust Museum has one of the nation’s largest collections of digital resources, including interviews with Holocaust survivors, photographs, and free educational resources. You can visit them online by clicking here.