'I want to punch her in the face'; Victims detail how they lost thousands in Largo rental scam

"How can you take from families when you got kids yourself and you rest at night while we struggling, figuring out what we're going to do," one victim said. "We've lost so much money. But you can lay comfortable and still text lies to people." 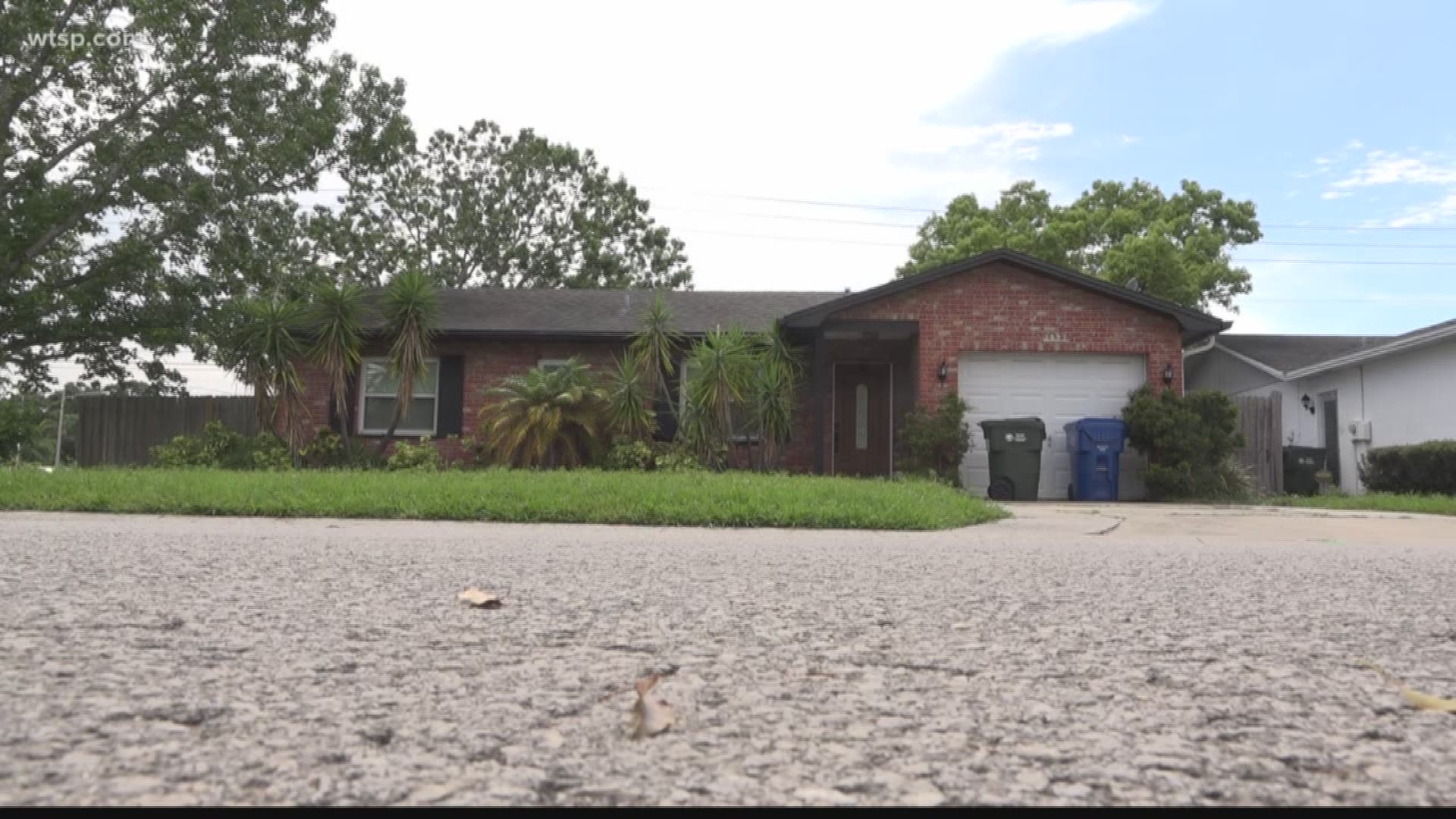 LARGO, Fla. - Katina Johnson was very clear in what she thought of the woman who duped her and her son out of more than $2,000 in a rental scam.

"I want to punch her in the face," she said during a press conference at Largo police headquarters. "That's what I want to do."

Johnson was among at least 12 people who fell for a rental scam that investigators said was one of the largest they've seen.

MORE: 4 families show up at same Largo rental home to learn they were defrauded

Nicole Dominik Johnson, 29, and her husband David, 32, are accused of renting their home to multiple people at the same time.

But the home at 1091 Lexington Court wasn't theirs to rent. It's owned by Nicole Johnson's parents.

Some of the victims realized they were duped when they showed up at the home on Tuesday, each with lease agreements in hand.

Investigators believe the suspects may have left Largo four days earlier and are headed to New York.

"I've never seen a rental scam this big and my partner, who's been doing this for over a decade, she's never seen anything involving this many people with this kind of money," Largo police Det. Steve Allred said.

Authorities suspect the Johnsons defrauded their victims out of more than $25,000.

The Johnsons trolled Craigslist, Facebook and other social media sites in search of families looking for homes.

They invited the victims to their home. Gave them tours. Even introduced their three children to prospective renters.

Those perspective renters even did their homework. They checked county property and tax records to ensure they were talking to the homeowners.

The names they were given aligned with their research.

"They put a good scheme together, and that's one of the things that breaks my heart, that none of these people were being greedy," Allred said of the victims. "The amount of money they were going to pay for rent was reasonable for the neighborhood. Everything about this was believable, and so it makes it that much harder to swallow that they got duped. it's not like the scams where people were trying to get somethin' for nothing. These folks thought they were renting a legitimate property and they were going to pay market value for it. It was totally believable."

Typical rental scams involve suspects who don't live in the homes they're "renting," so the victims thought everything was legit, Allred said.

"At the end of the day these folks are out their deposits," he said. "They don't have the money in some cases to put down deposits for new places and they're stuck in between houses now." 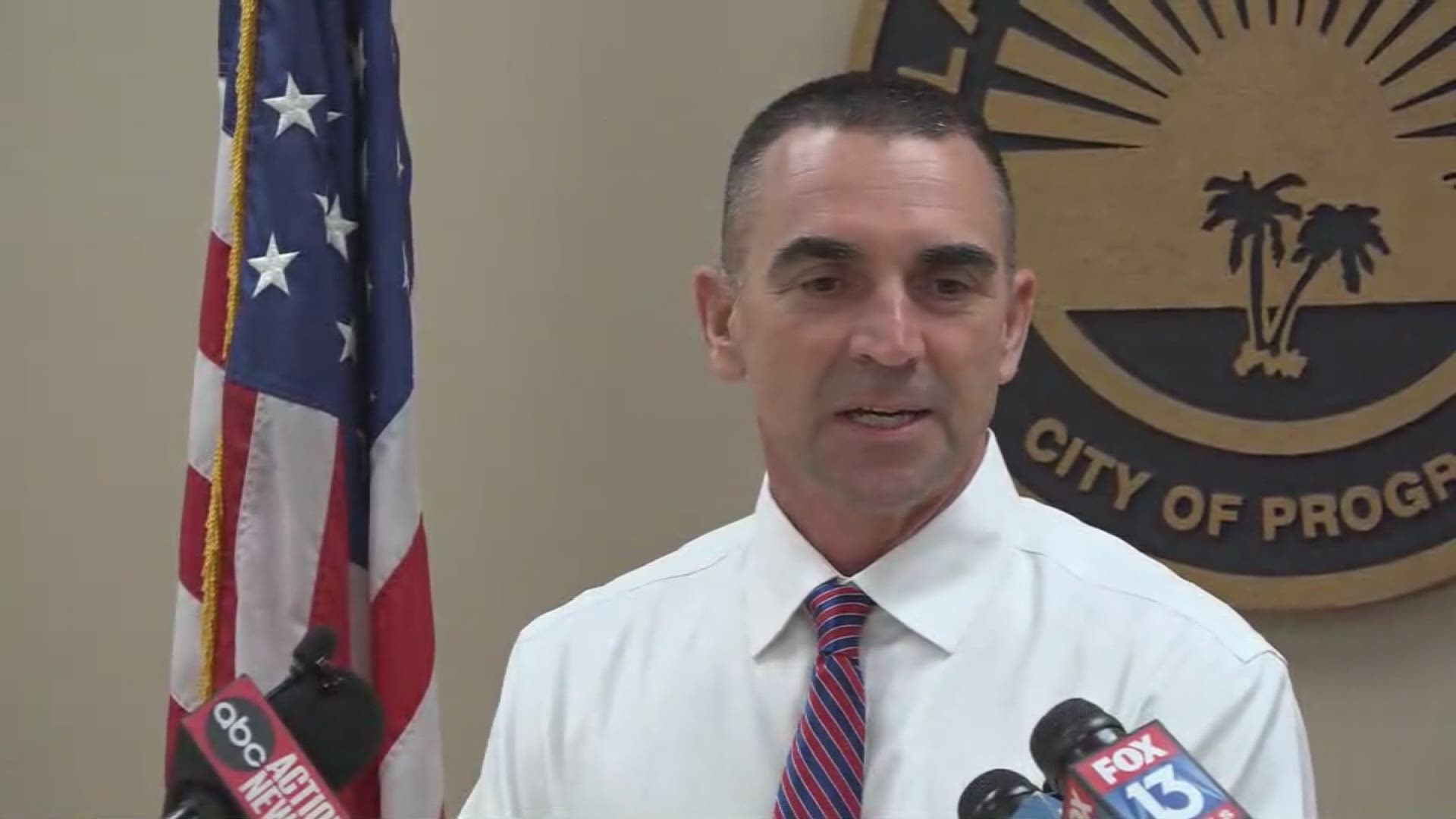 He considers himself lucky.

"She strung us along pretty good," he said. "She invited my family into their house. My kids had played with her kids and everything panned out. That's why we kept going along with it."

Walker met Nicole Johnson through Craigslist. He signed his lease on April 14.

"She was pretty good," he said. "You gotta watch out. Sometimes stuff looks okay and they're still gonna get ya, I guess. Now looking at hindsight, everything makes sense."

Walker was supposed to move in last week, but Nicole Johnson told him she had a stillbirth.

"She's messed so many people's lives up, especially those people from Indiana," he said. "I feel so sorry for them. They have nothing. I gave them money so they can get back home."

That family arrived with all their possessions in a U-Haul trailer. Walker, along with nearby neighbors, pitched in to help get them back to Indiana.

"She's a freakin' low life," Walker said of Nicole Johnson. "She's messed a lot of people's families up, and it's real tough. Just for her to get $25,000, ain't crap. Ain't gonna last you long. Now you gotta hide the rest of your life. You're going to jail. I can't wait for you to get there." 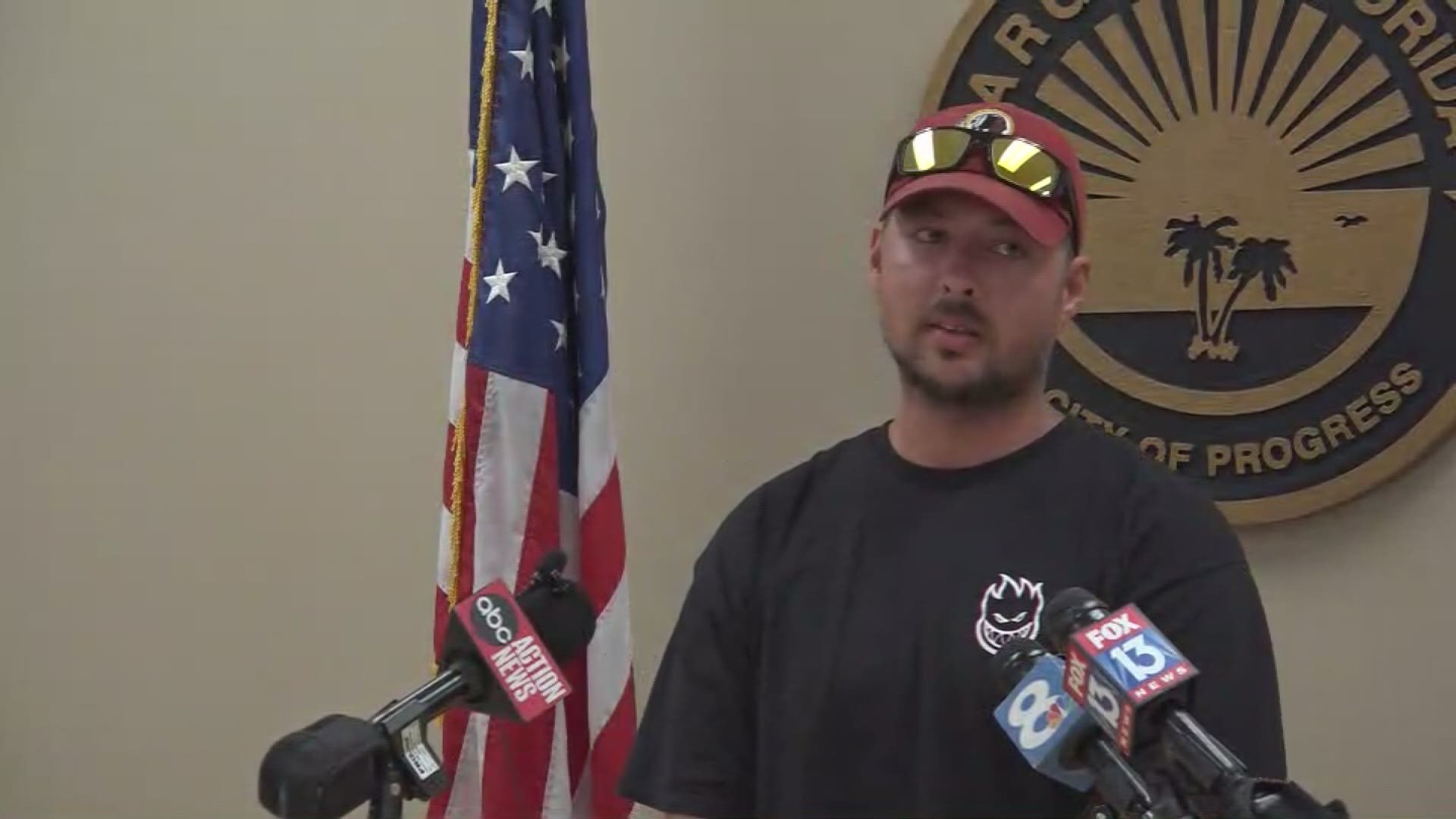 She met David Johnson on Craigslist, who in turn connected her with his wife.

"I was pretty much telling her that, you know, I don't want this to be a scam," she said. "And everything seemed too good to be true a little bit, but she put on a good show, that's for sure."

Caswell and her mother visited the home on June 4. They even met the couple's twin daughters and son.

She signed a lease and paid with a check.

Caswell texted Nicole Johnson on Saturday but didn't get a reply.

Seeking Johnson, Caswell showed up at the Lexington Court home on Wednesday. She was met with news cameras and police officers.

"She is the worst kind of person because she knew about our situation, and my mom just had cardiac arrest six months ago and were looking for a place," she said. "She seemed like a pretty caring person...she's one of the worst people you can probably ever meet." 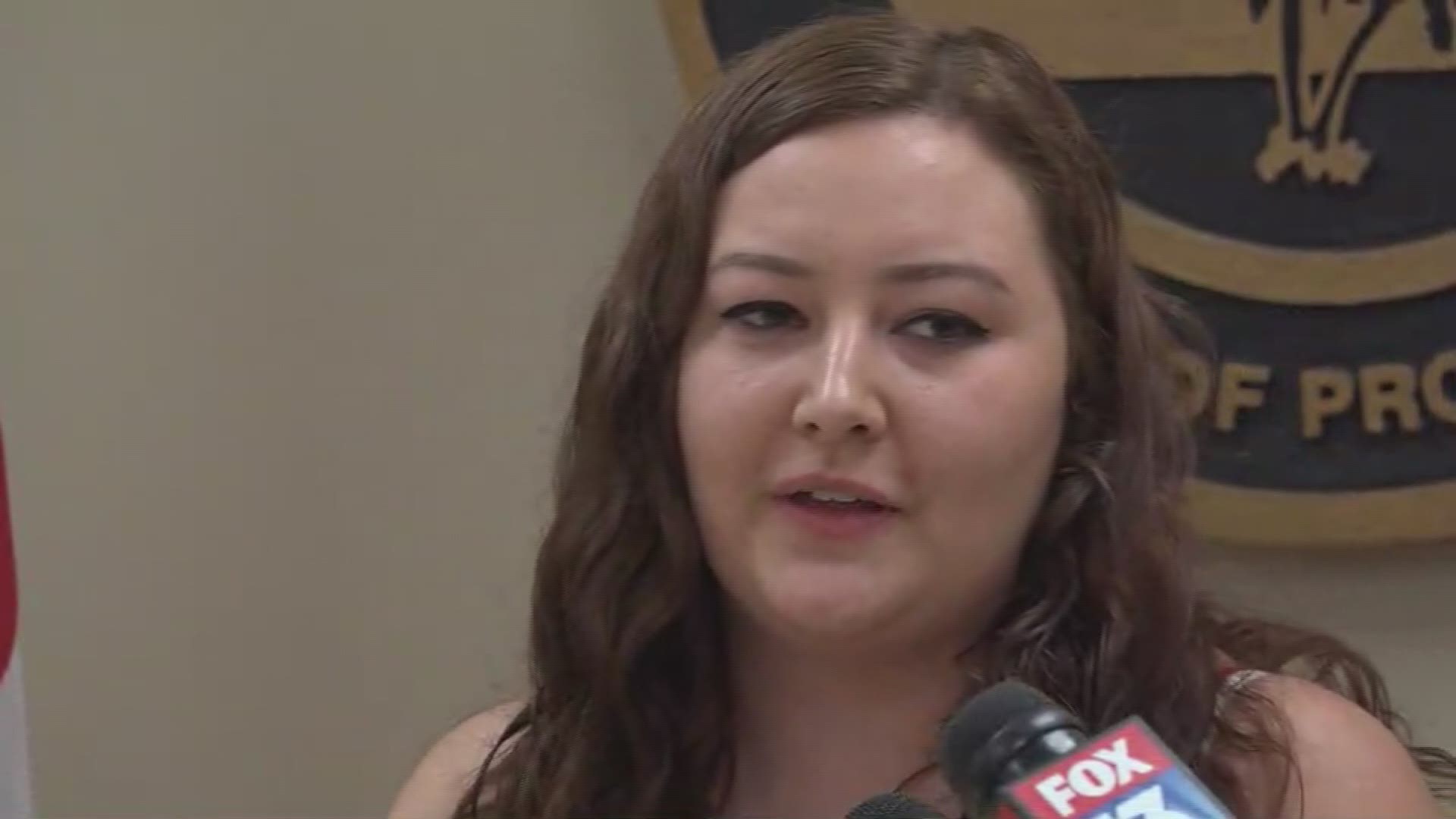 'We covered everything, it was still a scam'

She was talking to someone on Facebook about buying a home when a man said he had a home to rent.

"We wanted a better neighborhood for our kids to grow up in," she said. "So the house was perfect."

Rodriguez signed a lease on April 30 and was supposed to move in June 1.

But David Johnson said the air conditioning in their new home was broken and that his wife was pregnant.

Then Rodriguez received a phone call at 6 a.m. Saturday. Nicole Johnson had a premature baby.

"We could relate to that because we had the same thing happen to us," Rodriguez said.

She tried contacting the Johnsons later that day but their phones were disconnected. Their Facebook accounts were also gone.

So they showed up to the home on Tuesday. They were met by police officers and other victims.

"We knew at that moment in time that it was a scam and we're pretty much out of our money," she said. "It's sickening that they can do that knowing they have their own family as well."

Rodriguez has to move out of her current home by July 1.

"Even though we covered everything, it still ended up being a scam," she said. "When looking at those two, you wouldn't think they're those type of people. it's why you just can't be too careful these days." 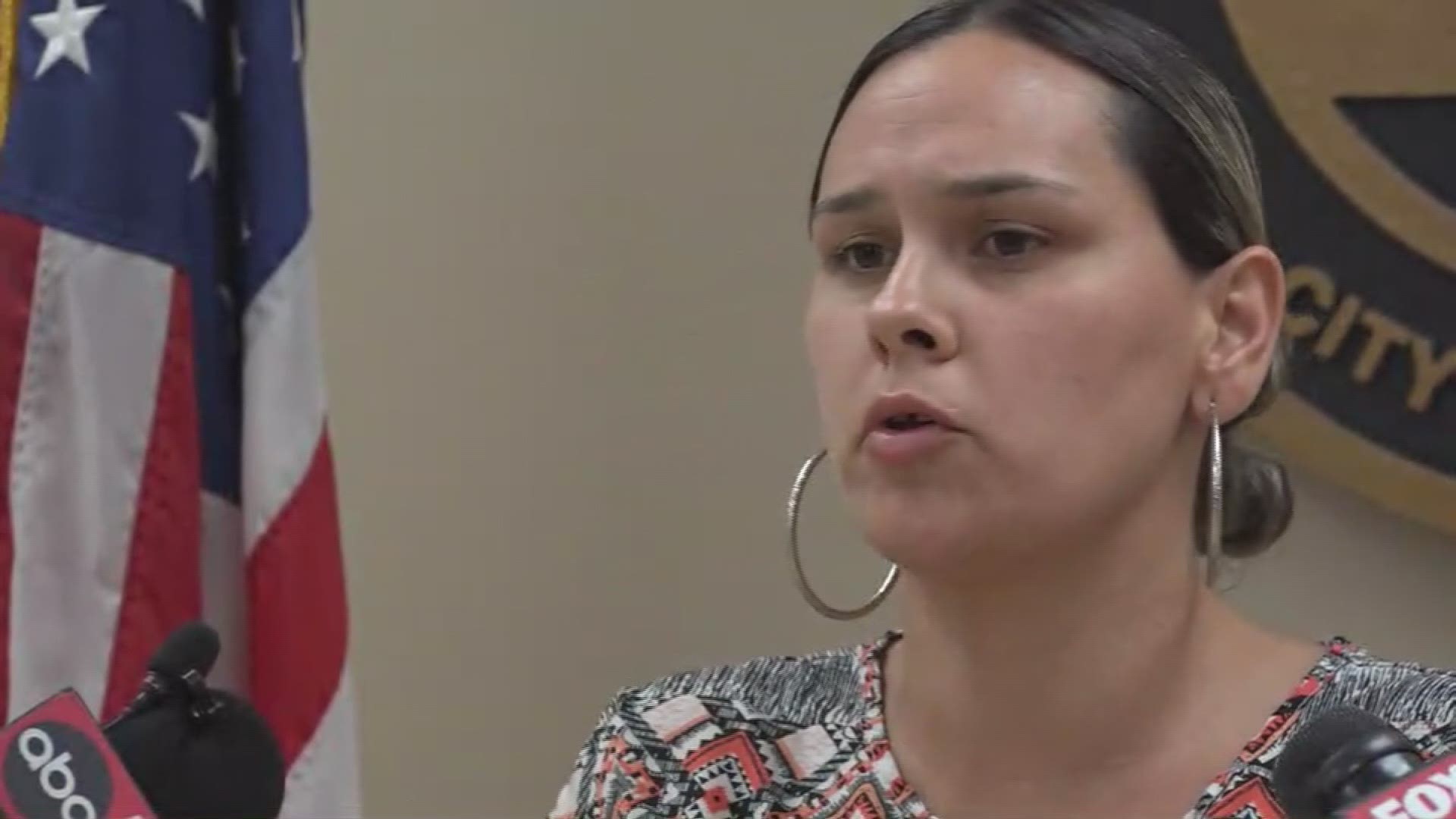 'Holding on to a little bit of hope'

She was supposed to move in May 15, but the Johnsons said there was a lean on their new home and couldn't close on it.

"When I questioned her, because I've worked with mortgages before, she had reasons and excuses," she said. "She kinda played it off. She really didn't know what was going on."

Nicole Johnson then said she went into labor.

Then the baby needed surgery. And another surgery. Then three days ago, when Cloom was supposed to get her money back, the baby died.

"I felt horrible," she said. "I was still questioning things, but at the same time you don't know for sure. You don't want to be brash or rude if someone really did lose their baby...I tried to be nice at that point but I was still like 'I need my money back. I have three kids. I'm a single mom.'"

They're currently staying at a hotel.

Cloom found out about the scam on Wednesday while researching the address online.

"They were talking to me all the way up to yesterday," she said. "It was hard. It was really hard. I was hoping, just holding on to a little bit of hope, that maybe this will work out one way or the other." 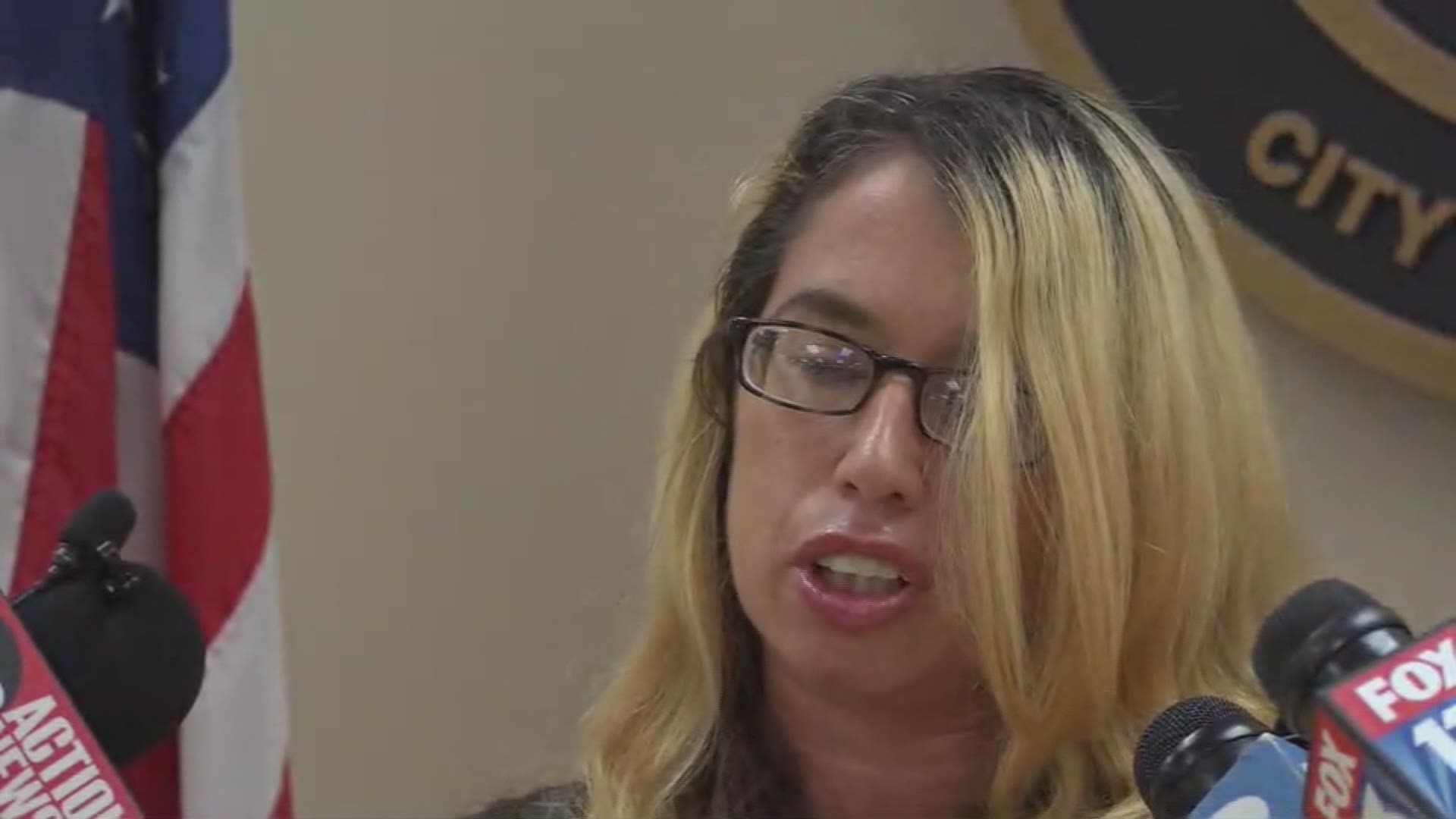 'I want to punch her in the face'

Tremain Johnson and his mother, Katina, lost more than $2,000.

They started talking with the Johnsons in May.

They were supposed to move in on Tuesday, but Nicole Johnson, known to them at "Miss Lisa," also told them she was in labor.

"I told her that I was going to report her if she was a scam and she got mad when I texted her that," Katina Johnson said.

Nicole Johnson got defensive and said her husband would meet them at Largo Mall to give them the keys, Katina Johnson said.

They never heard back from the couple.

"If I was to see her, I'm going to punch her in the face," Katina Johnson said. "How can you take from families when you got kids yourself and you rest at night while we struggling, figuring out what we're going to do. We've lost so much money. But you can lay comfortable and still text lies to people." 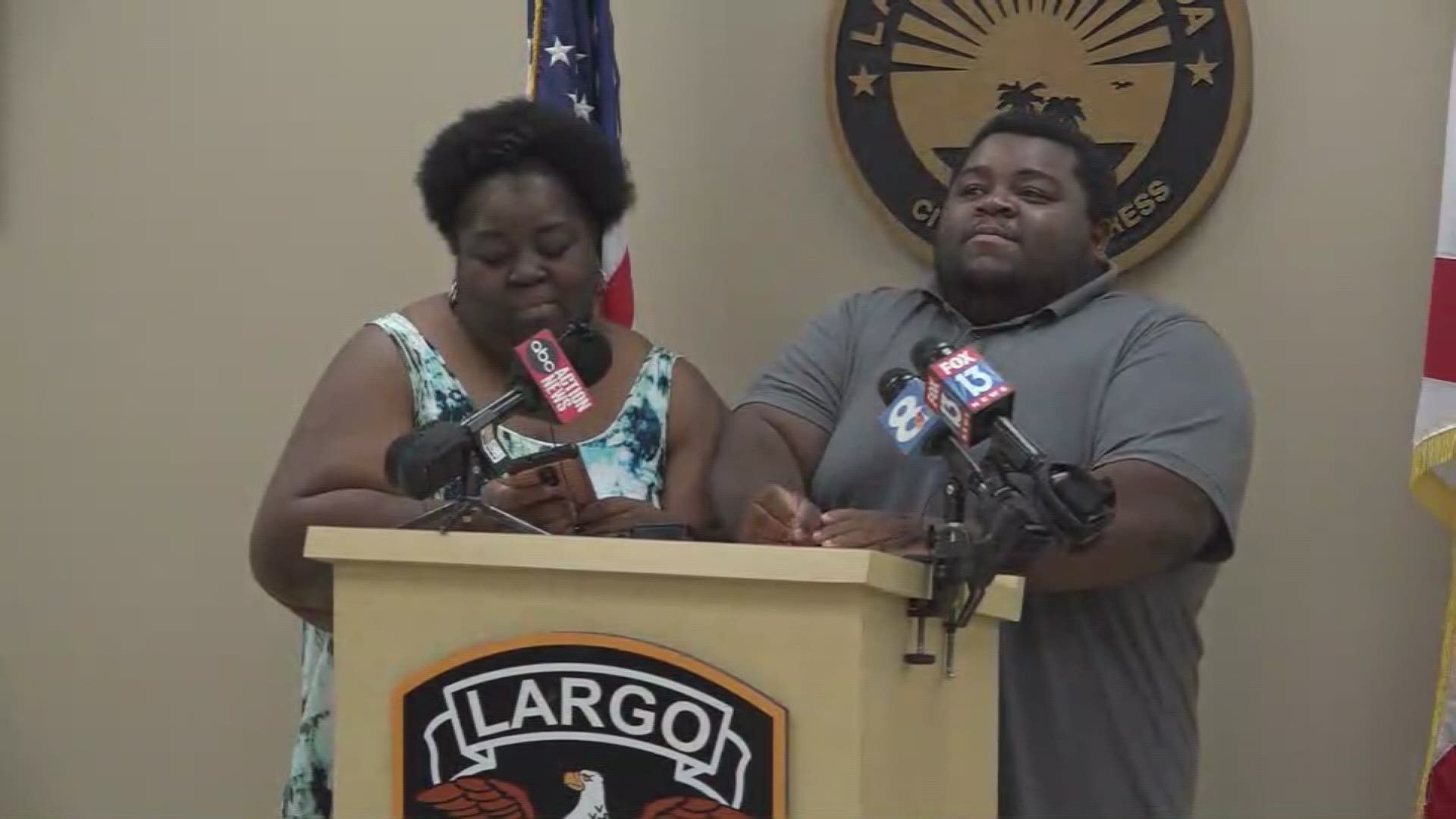