Some dogs are not being flagged after attacks

10 Investigates discovers wording in the state statute could be to blame. 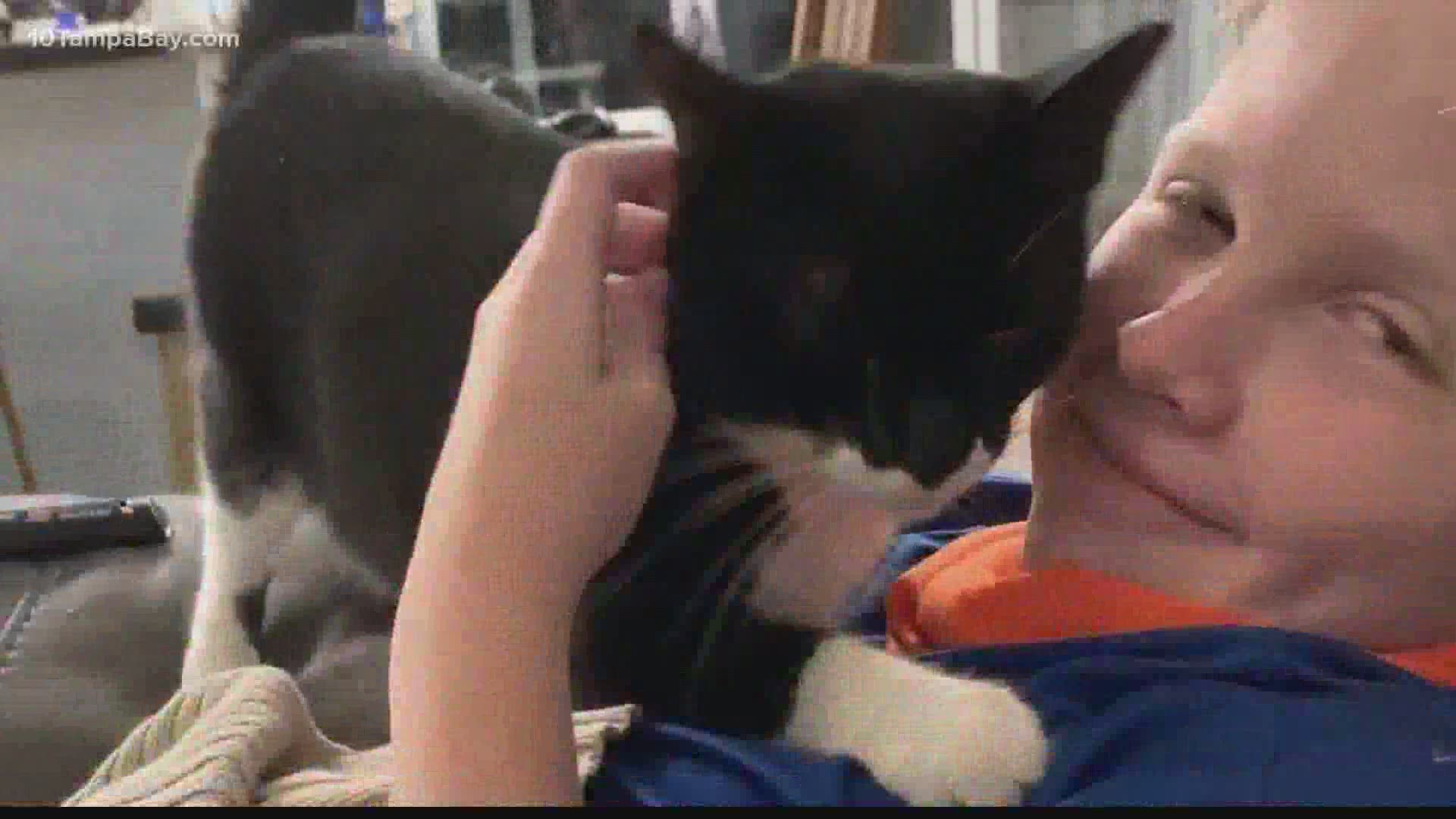 TAMPA, Fla — Two pets are dead and animal control says they were killed by the same dog.

That dog still lives in the same neighborhood where the attacks were reported, but there are no signs showing it's dangerous.

And, it has yet to be put on the county's dangerous dog list.

"He was an exceptional cat," David and Molly Gutcher said about the family's cat, Fletcher.

Fletcher was a stray and roamed the neighborhood often, but a few years ago ended up as part of the Gutcher family.

"On that Christmas morning, we opened the front door and Fletcher strolled in, got right underneath the Christmas tree, laid down and said 'Hi, I'm here. I'm your Christmas present.' So, he adopted us," David Gutcher said.

But, this Christmas will be the first that Fletcher isn't around.

"So, I looked out our blinds. What I saw was probably the most horrific thing I've ever seen in my entire life. Our cat was in the mouth of a dog. And the dog was ripping it apart," David Gutcher said. "I quickly grabbed a garden hose and sprayed the dog; the dog let go."

The attack happened in September 2020. Hours later, after being rushed to the vet, Fletcher died.

"Fletcher took his last breath with my son's holding him in his arms," David Gutcher said.

Mills says the dog was involved in not one but two instances where an animal was killed. But even so, that dog is not considered "dangerous" by Florida law.

10 Investigates asked, if a dog kills another animal, that doesn't necessarily mean that dog automatically gets put on the dangerous dog list?

That was documented in the final notice from Animal Services.

The Florida statute states that if an animal attacks and kills two or more domestic animals while off the owner's property it may be declared as dangerous. There is an exception, though, that a dog may not be declared dangerous if the dog was protecting a human being in its vicinity.

"The dog owner said the cat made an aggressive act toward the dog hissing and striking. And that caused it to attack the cat," Mills said.

The dog was on a leash when the incident happened. The dog owner says the cat was on the sidewalk, but the Gutchers say the cat was on their property. Without another witness, animal services said it was too hard to prove exactly what led up to the attack.

"Within talking to the attorney, the county attorney, evaluating the evidence is how we got there. We didn't feel we had enough evidence to meet the dangerous dog classification," Mills said.

The dog owner was cited under Hillsborough County's vicious dog ordinance and does have a court appearance set for January.

"We felt that the dog was acting vicious, you know, even though he's on a leash. So, we felt that there are some control issues," Mills said.

The Gutchers say this Christmas just won't be the same without Fletcher and they would like to see stricter laws so another family doesn't feel the same pain they do.

"I miss everything about him. He just had a great personality. He was a sweet, sweet cat," Molly Gutcher said.

10 investigates has learned that there are dozens of dogs in the Tampa Bay area that are listed as dangerous, but even if they're in your neighborhood, you won't be notified because municipalities are not required to do so.

Not all but some counties do have a public list you can search for dangerous dogs in your neighborhood.

A dog can end up on the list if it attacks a human once or an animal twice, but remember there are exceptions.

If a dog is listed as dangerous, they must be in a proper enclosure to confine them.

And, they must post clearly visible warning signs at all entry points letting people know there is a dangerous dog on the property.