Frustrated, the customer who bought the car asked for help from our Turn To 10 team. 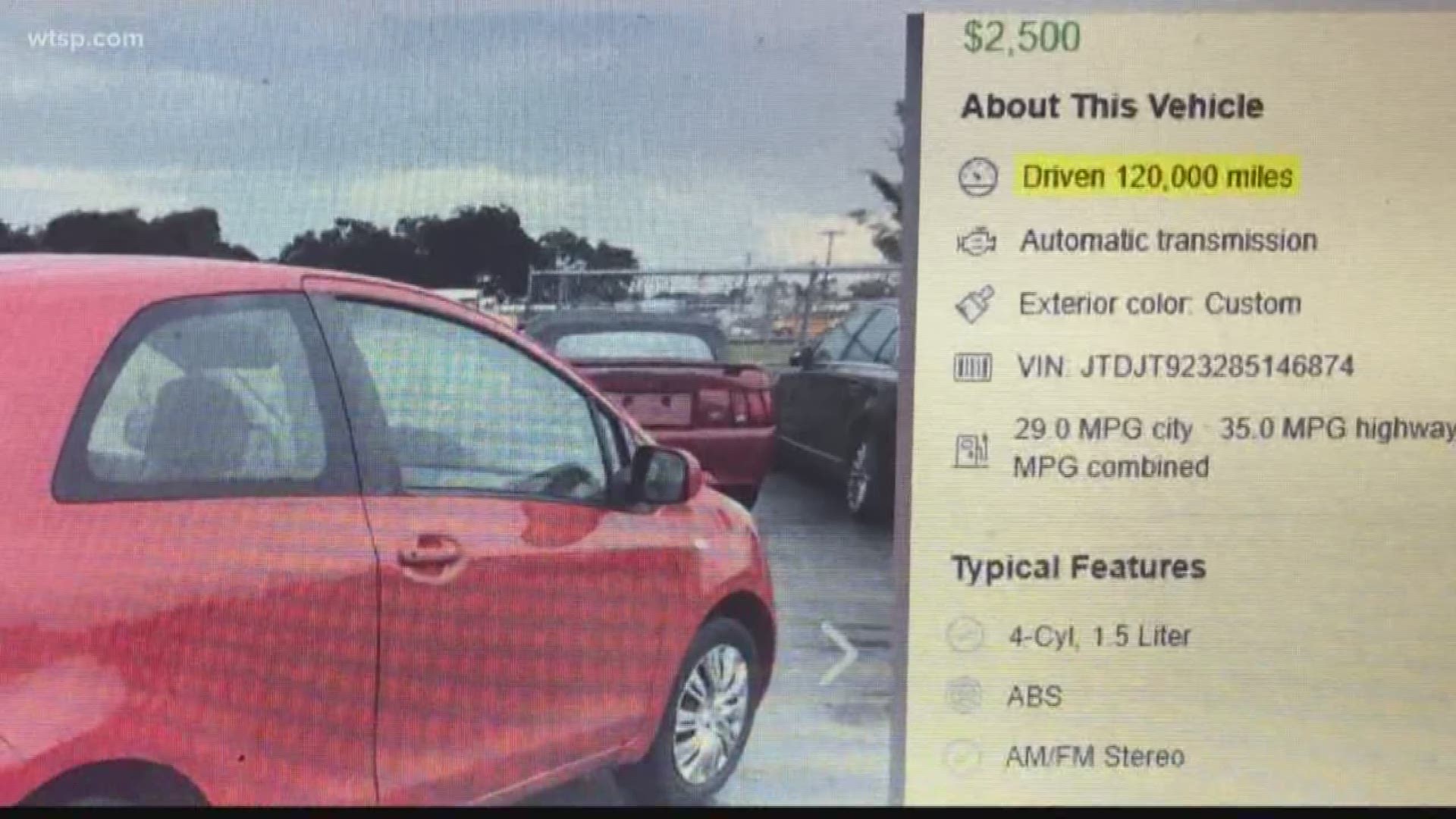 RIVERVIEW, Fla — A Riverview woman says she got a raw deal after buying a car she found on Facebook marketplace.

That’s almost twice as many as what was listed in the Facebook marketplace ad: 120,000 miles.

Kathy Tucker said she didn’t notice that until she drove it home.

“I trusted someone who put it in writing what the mileage actually was, and I shouldn’t have. And of course, my family was quick to point out how stupid that was. But I’m just, I guess, a trusting person,” said Tucker.

She said the owner of Auto Fever Sales, Amir Abuelenen, ghosted her after she asked to exchange the car.

He pleaded not guilty to all charges, and his case is still open.

Turn To 10 tracked him down at his car lot in Tampa, where Auto Fever Sales used to be located.

We asked what he had to say about Tucker feeling deceived.

“I’m so sorry that she feels that way,” said Abuelenen.

He said he replaced the old engine in the car with a newer one, one with 120,000 miles on it, before selling it to Tucker.

“So when you change an engine on a motor, it doesn’t change the mileage that’s ran on the odometer. A lot of people don’t know about that,” said Abuelenen.

It’s registered with the state as a separate business from Auto Fever Sales.

Ahmed Abuelenen offered to exchange the car that his twin sold Tucker.

Turn To 10 sent Tucker over to Auto Fever Inc. and she came back in a Toyota Solara convertible.

“They gave me full credit on the car the brother sold me and took that off the price of the new car,” said Tucker.

“Turn To 10 has been my lifesaver here,” said Tucker. “I couldn’t be happier.”

If you have a problem, TurnTo10. Send us an email at turnto10@wtsp.com or find Turn To 10 on our mobile app.