What if your monthly water bill was 20 times the normal amount? That’s what happened to a St. Petersburg man and he decided to "Turn to 10" for help. 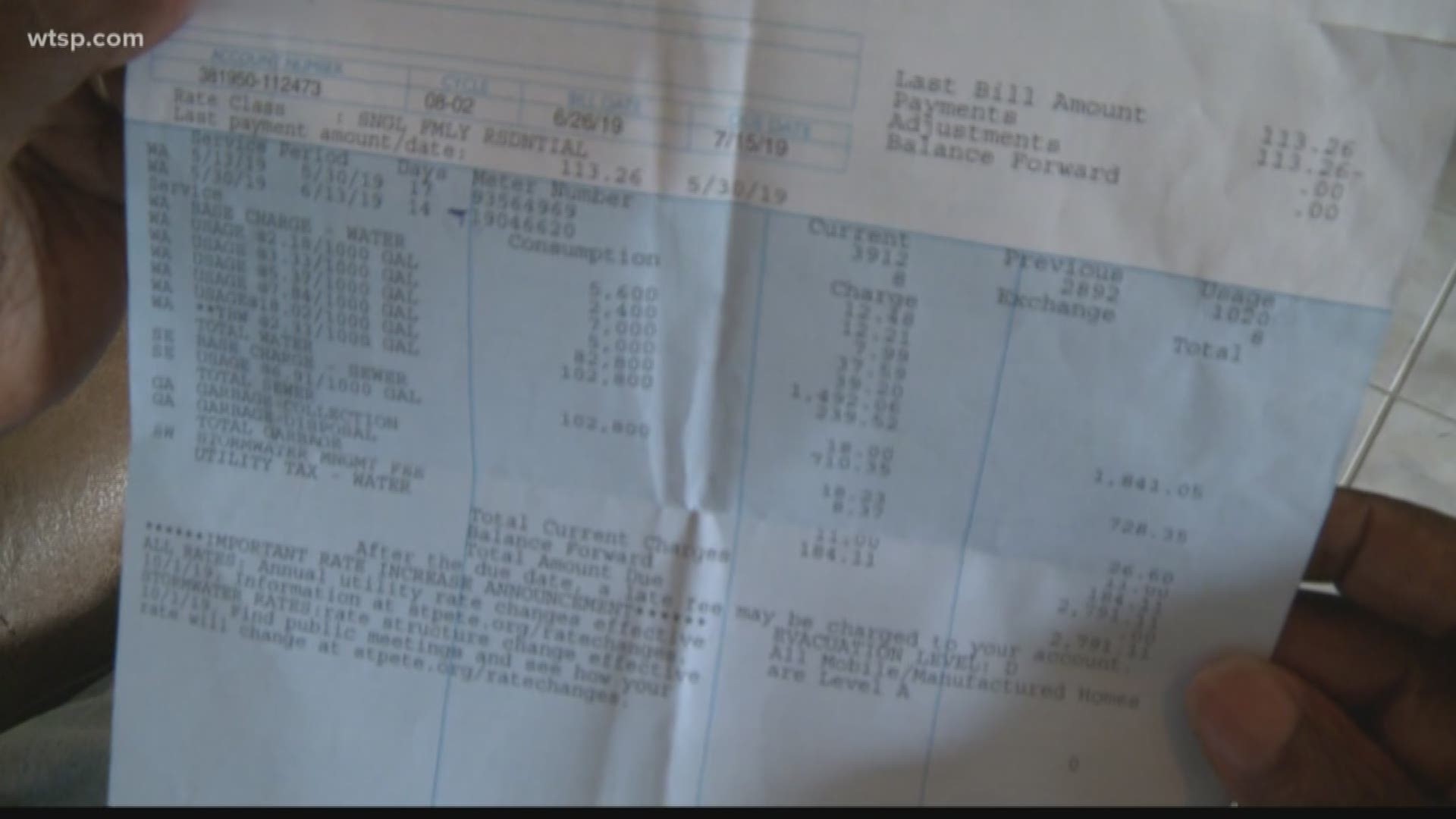 ST. PETERSBURG, Fla. — It takes a lot to shock 80-year-old Air Force veteran Alonzo Hill, but he got the scare of his life when he opened last month’s water bill.

There's no way that much water would be used in an entire year, he said. Hill and his wife are the only residents in their St. Petersburg home, and the couple even installed water savers on his toilet and shower to make sure water isn’t being wasted.

"I called the city and they asked about leaks. I said I have no leaks," Hill said.

Hill said the meter he had was switched out to a new one since his last bill -- maybe that's where things got mixed up.

10Investigates called the City of St. Petersburg, and city officials sent a team out to check Hill's meter and test for leaks.

The city says the meter is reading correctly. Hill’s last reading showed he was going through 100 gallons of water a day, which officials do recognize as "unaccounted for" water loss.

Officials with the water department are checking the meter a second time. Now, it’s important to know St. Petersburg does not check for leaks. That responsibility falls on the homeowner. Hill has been put in touch with the billing review commission and they say they are working with him and consider this a "special case."

Odds are Hill won’t be the last person to get a questionable water bill. Meters do malfunction and there is the option of human error, too, when meters are being checked.

But there are things you can do to check for leaks yourself, according to wikiHow: