Erik Weyant fired warning shots but got a 20-year sentence under mandatory sentencing, which has been changed. 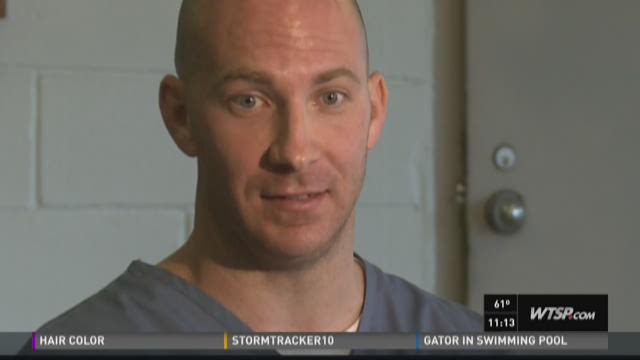 “He was fun, loving, and funny,” his mother, Linda Weyant said, “He and Amber, you know, just horse around all of the time.”

“He was the younger brother, so of course typical annoying,” Bahmann said, “we had cousins that were around our same age and they were also boys so I was the only girl — we fought as siblings do, but we did have our moments too.” 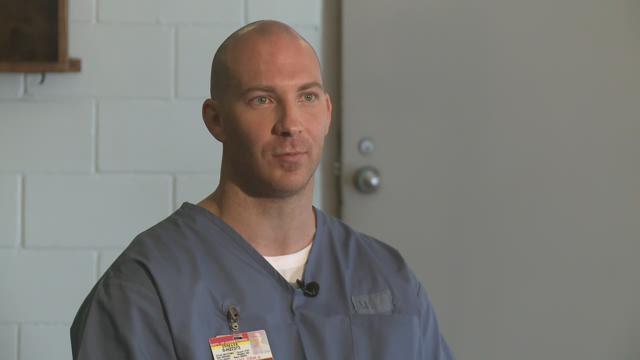 In 2006, Weyant was starting up a concrete business and his future looked bright.

He was 22 years old and had never been in trouble with the law.

One night as he was trying to leave a local bar in Lakeland, a group of men approached his truck.

“They tried to stop me outside when I was leaving out through the lobby and started making threats and saying things so I walked passed them and went and got in my truck,” Weyant said,

He said as he started to leave the men came out from under the canopy and were blocking him from getting out of the parking lot.

The next few seconds were critical.

Weyant thought about his concealed gun in his vehicle.

“I grabbed it and I loaded it and I fired some warning shots out of the driver's side window,” he said, “I just made a split-second decision and the things that I did were to protect myself, not to harm anyone else.”

Weyant fired warning shots into the air and no one was hurt or even touched.

“I was just hoping the noise would get them to stop -- to scare ‘em -- and it did. They stopped, and I was able to leave and went home,” he said. 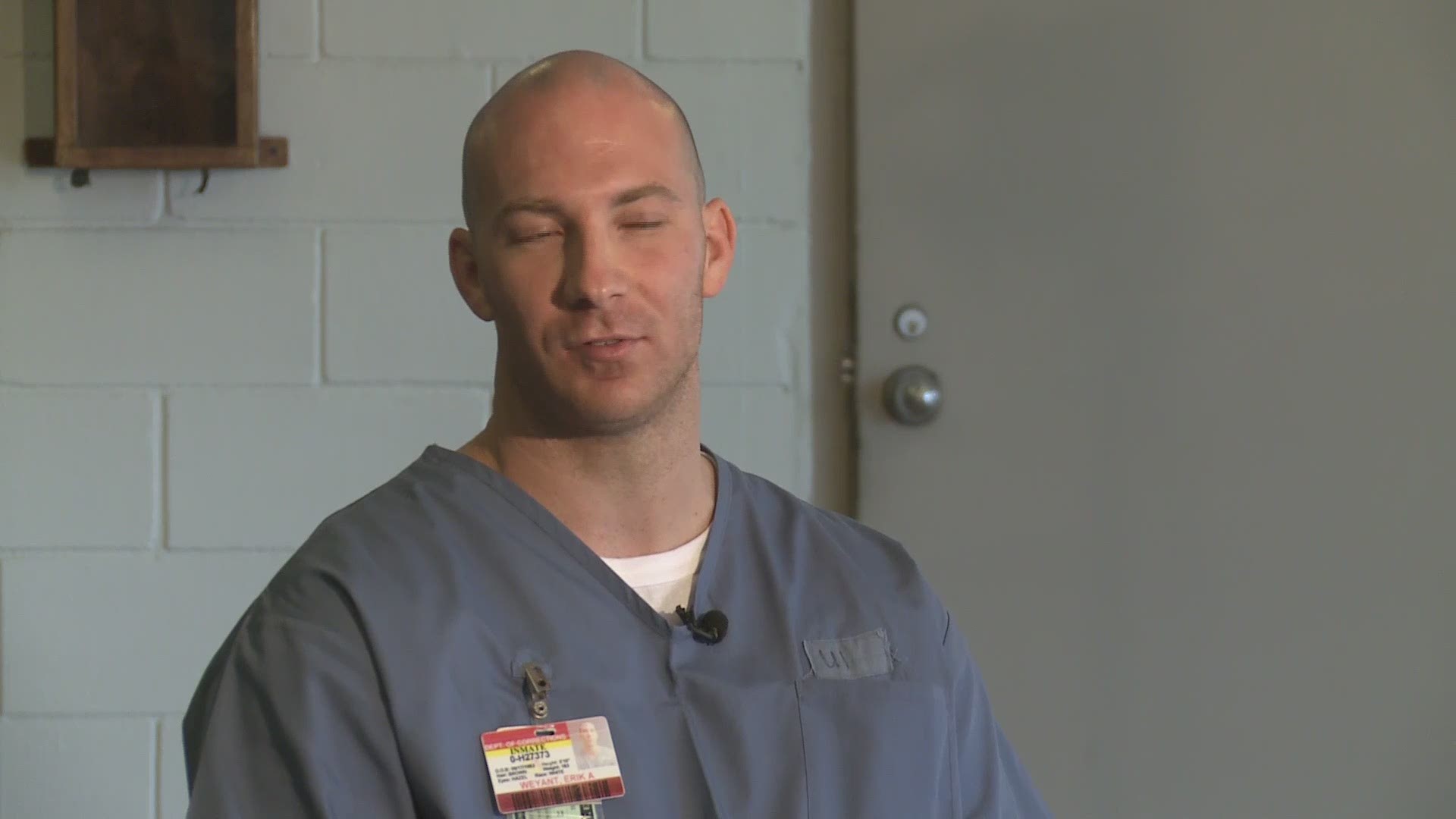 That parking lot incident later caught up with Weyant and he was arrested on an aggravated assault charge.

What could have been a charge with a maximum of five years prison time ended up being classified under the Florida's 10-20-Life law, which says a person firing a warning shot can face aggravated assault charges.

Weyant said he felt justified in shooting the warning shots as an act of self defense, turned down a plea deal of 3 years in prison, and went to trial.

Weyant had no criminal history.

The jury found Weyant guilty of aggravated assault and he was sentenced to 20 years in prison.

“It was like the wind got sucked right out of ya. I looked at my parents ... it was hard,” Weyant said.

Even though no one is hurt -- or even touched -- if a jury finds you guilty of aggravated assault, the 10-20-Life law requires a mandatory minimum of 20 years in prison.

And that's what happened to Weyant.

“The same day I got sentenced, there was a guy that had a child molestation case and had gotten 10 years probation,” Weyant said. 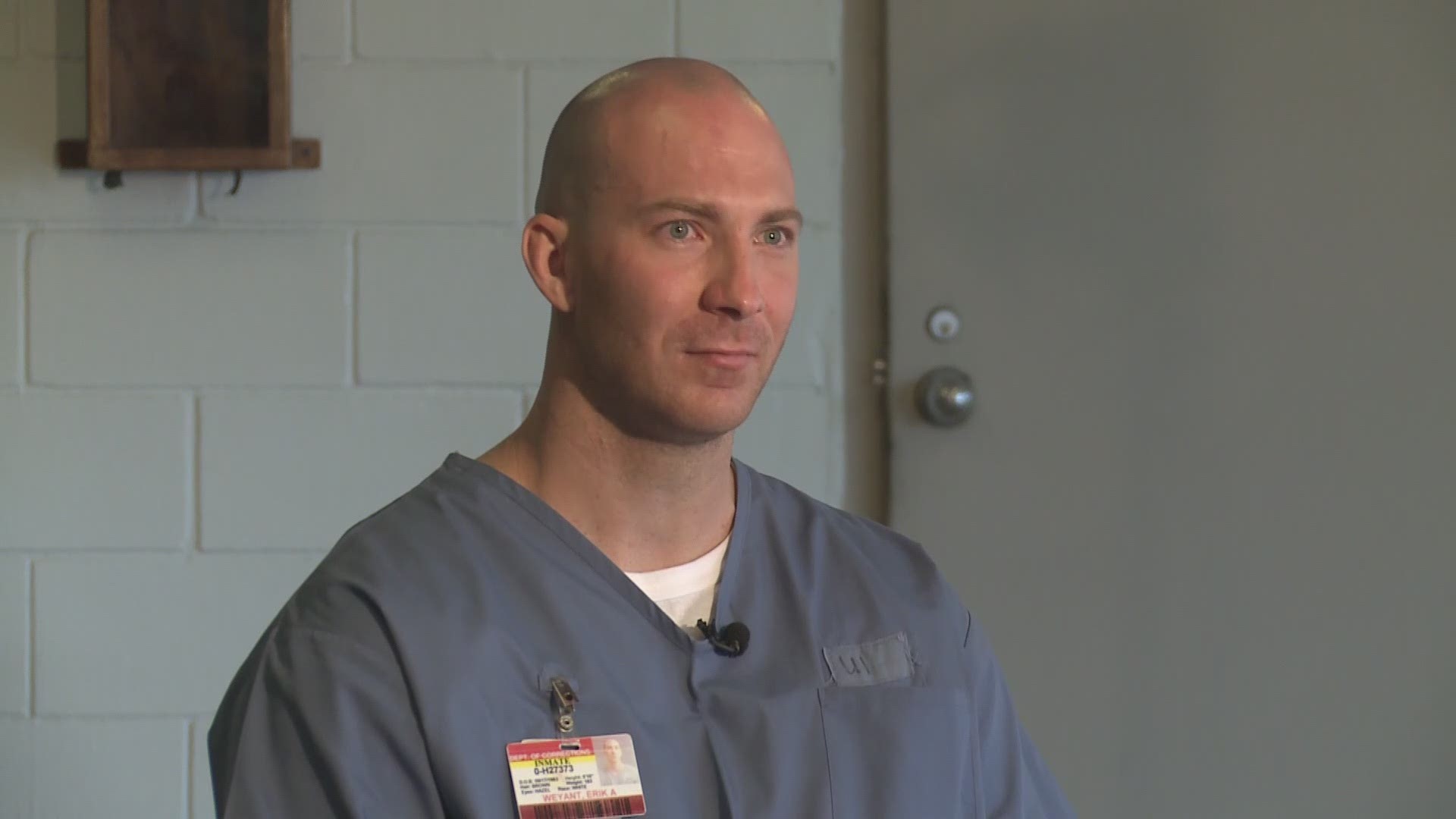 It’s been 9 years since the sentence. One that's also taken its toll on Weyant's entire family, especially his mother and sister.

The night her son was sentenced, Linda Weyant said the car ride home was silent.

“I cried the whole night, that how for 20 years he is gonna be gone — no good behavior — nothing. Twenty years,” she said.

Weyant says she visits her son as often as she can during visiting hours on the weekend.

“All the Christmases, all the birthdays -- the growing up -- the parties -- we don't get to spend with him or he with us,” she said.

The sentence has perhaps affected his sister, Amber Bahmann, the most.

“I know he's there, but it's like a death that keeps happening,” Bahmann said, “The grieving never ends.”

“Every time we go to see him, he’s there; he's not coming out, that’s all my kids know is him in there,” Bauhmann said.

Bauhmann said during some of her brother’s appeals she thought he might even get out in time for his nephews’ births.

But that didn’t happen.

“He would have had less time had he gone out and gotten drunk and killed somebody,” said Bauhmann. 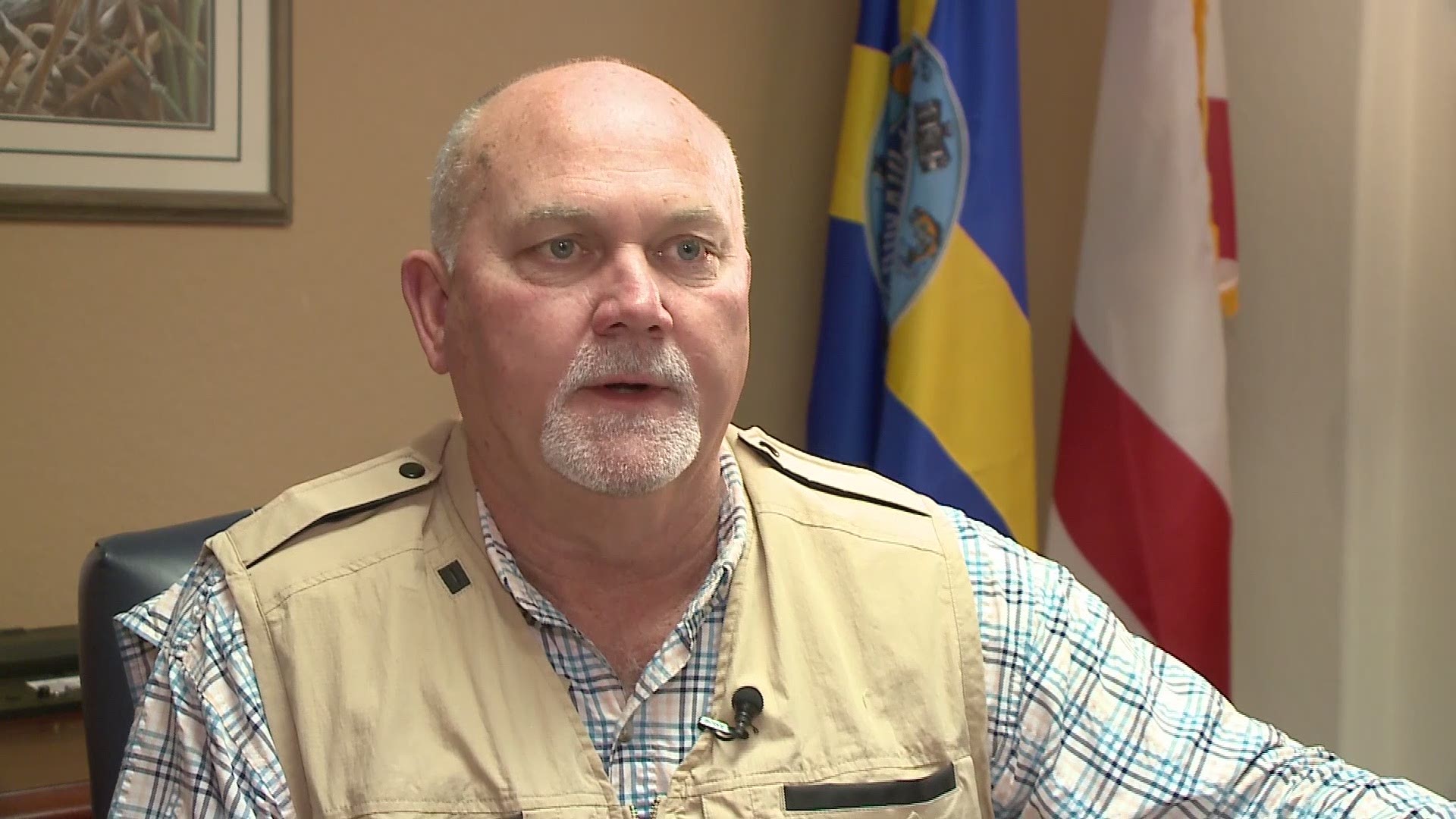 Rep. Neil Combee, R- Polk City, has been fighting to change the law.

“This is not justice and we need to fix this!” Combee said, “The bad guys always accepts the plea deals.”

Under the 10-20-Life law, a person who brandishes a gun without shooting it, gets a mandatory 10 years.

If you fire the gun into the ground, into the ceiling, or even into a tree, then that’s 20 years.

Judges were given no authority to deviate from that sentencing except for HB 89, sponsored by Combee, which was signed in 2014.

That excluded “the threatened use of force.”

That was the first attempt to fix the law.

Since then, there has been a lot of discussion about these mandatory minimum sentences.

Gov. Rick Scott appointed a task force to look into the law. It consisted of a diverse group of state attorneys, public defenders, law enforcement and citizens.

They met several times around the state and conducted public hearings.

“What they came away with were recommendations to the governor and to the Legislature was that we needed to address the unintended consequences of 10-20-Life — and what they were talking about there was the sending people to prison for 20 years for aggravated assault,” Combee said.

In 2016, Combee pushed for more change sponsoring the bill that would prompt the change (HB135).

"Twenty years for aggravated assault which means no one was touched, no one was physically harmed. When did this start making sense? It doesn't and it never did,” Combee said.

In late February 2016, Scott signed the bill which passed the House and Senate unanimously so what happened to Weyant won't happen to anyone else.

A victory, Weyant says, even if it doesn’t help him because the constitution prohibits laws from being retroactive.

“Even preventing anyone else from falling into the same situation is wonderful,” he said, “You know, when we see something wrong we recognize it and we make a change and that’s much needed in our society because it seems like it’s so much easier to just you know turn your back to it and just try to forget about it.”

But the change to the law doesn't help Weyant. He still has 11 years left behind bars.

Watch 10Investigates report about this case and mandatory minimum sentences from the Greg Newburn, Director of Families Against Mandatory Minimums 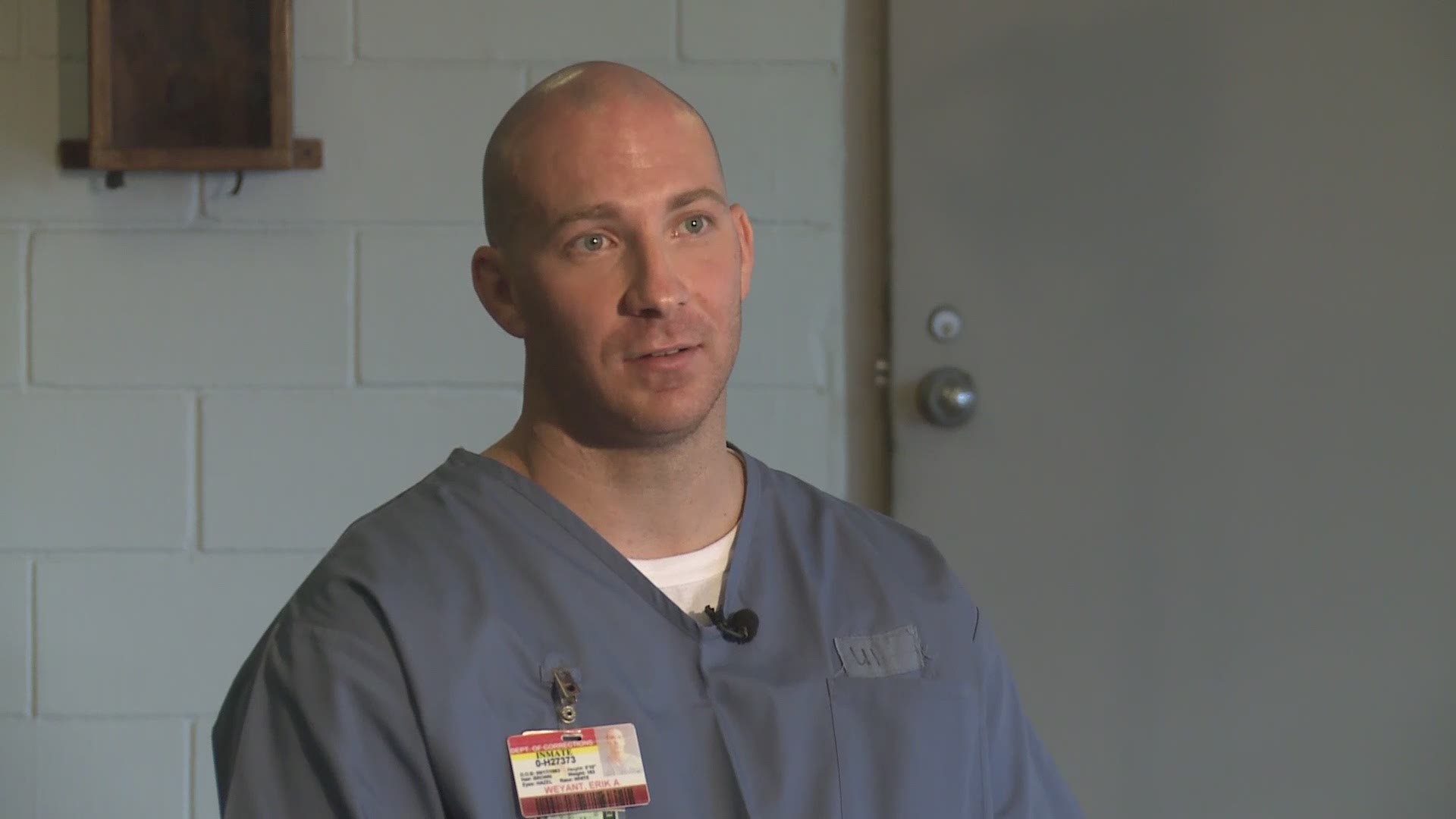 Weyant's only hope now is for a pardon from the governor.

Without that, he'll stay in prison until April 2027.

“You’d think surely the governor or Cabinet will look at this,” Combee said, “They’re all good friends of mine: the governor, the commissioner of agriculture, the attorney general, the CFO; They're all great people, and I think once they look and they see that we’ve got two out here that are still sitting in prison for a long time.”

Now 32 years old, Weyant says his Christian beliefs have kept him strong and says he’s grateful for the tough times in life because it has made him only stronger in his faith.

“I think that whatever cost or whatever price it takes for us to get that life changing experience I think is worth it,” Weyant said.

He says he has had a lot of time to search for answers and he has found them.

“You've got to play the hand you've been dealt and not allow bitterness or resentment or any of those things to enter in to try to deter you — because you're only hurting yourself,” Weyant said.

The hardest thing for Weyant is missing time with his family these past 9 years.

“We're a really close family and I'm the only one missing,” he said.

“It became real clear to me that if it's gonna happen, that God doesn't need me to do it for him,” Weyant said.