The mass shooting that killed 17 people at Stoneman Douglas High School in Parkland, Florida has the country reexamining the way gun laws are approached. Some of those laws force federal agents to use an outdated system to trace guns used in crimes. 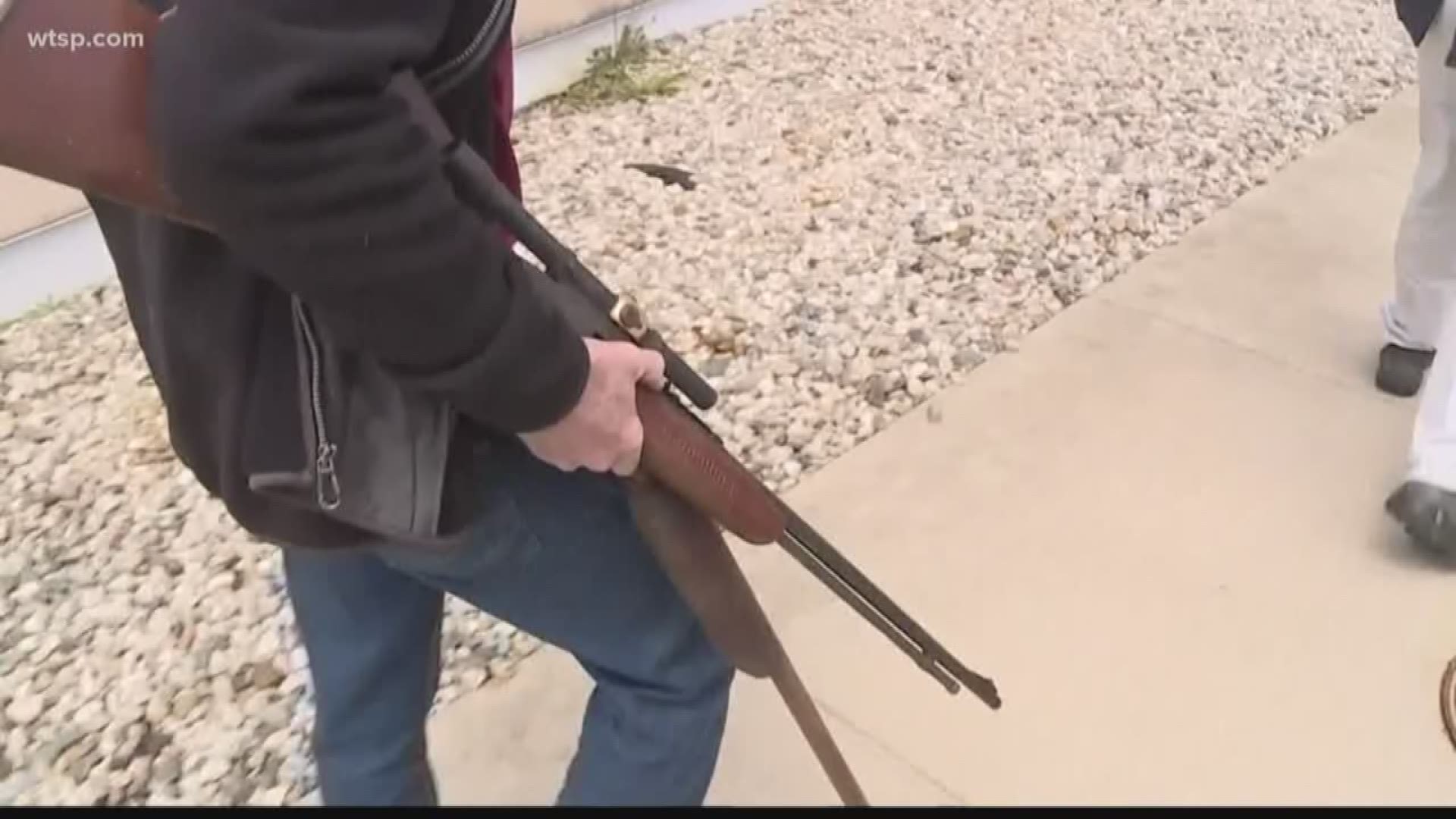 WASHINGTON (WUSA9) — WASHINGTON - When police find a gun on TV they run the serial number through a computer and it tells them who owns it in seconds. The reality is different, slower and more confusing than that.

That’s because decades-old laws limit the technology federal agents can use to trace guns.

“The privacy rights of the gun owner have trumped my right not to get shot in the head,” said David Chipman, senior policy advisor for the gun control group Giffords.

Before joining Giffords, Chipman spent 25 years as a special agent for the Bureau of Alcohol, Tobacco, Firearms and Explosives, overseeing all the ATF’s firearms programs.

Chipman said it was only after he left the bureau that he could speak openly about the challenges the agency faces with one of its most important responsibilities: tracing guns.

“When you see the tracing center, and how difficult it is for patriots to do their job, that isn’t accidental,” Chipman said. “That’s been set up that way and that’s what makes it so frustrating for the people who are not just trying to solve gun crime, but prevent it from ever happening in the first place.”

The ATF’s National Tracing Center is located in Martinsburg, West Virginia. There, analysts trace hundreds of thousands of guns every year. They could trace even more, but they can’t because the tracing center is more archive than efficient.

Neil Troppman, program manager at the center, said the facility is filled with roughly 700,000,000 documents. Instead of records being entered into a computer, they are stuffed into shipping containers and stacked in boxes.

All the records come from gun sales that date back decades. Though, none of them are entered into any kind of searchable computer program which could drastically speed up the tracing process.

“We house those in a system that is still manually searched,” Troppman said. “Because we are prohibited from maintaining any sort of a searchable database of names.”

When Congress passed the Gun Control Act 50 years ago, it gave ATF the right to trace guns used in crimes. However, Congress was also concerned with protecting the rights of gun owners.

Many gun owners think if the ATF puts gun sale records in a database, that’s the first step to government limiting how many guns people could own. Or confiscating them all together.

“Because that’s your national gun registry,” said Jack Donald, who works at the Maryland Small Arms Range in Upper Marlboro.

Carl Roy, the store's owner, believes the ATF should not be able to create a database of gun sale records, even to trace guns used in crimes.

“I mean if you could ensure that nobody would have access to it but ATF,” Roy explained. “But let’s face it. That’s a dream in anything you create like that.”

Every time someone buys a gun in America they fill out a federal background check, also known as ATF Form 4473. Congress is also sensitive to the federal government’s big brother perception, so lawmakers limit what the ATF can do with those forms.

That includes prohibiting the ATF from entering those forms in the kind of computerized database many gun owners oppose. Problem is, the ATF uses those same forms to trace weapons used in a crime. So, by requiring all these forms stay in stacks rather than a computer database, search results that could be a few keystrokes away are anything but.

“We have IT vendors that come in here all the time that say hey we can do this or we can set you up with that,” Tropmman said. “And we say, no you can’t. Because it’s against the law.”

Troppman said the ATF tracing center gets 1,200 to 1,500 trace requests every day. That’s an average of one every minute of the day. Instead of working through that caseload by entering the guns serial number into a computer, like the police would to track the owner of a car, tracing center analysts have to go through a much more time consuming and cumbersome process.

First analysts pick up a phone and call the gun manufacturer to get the name of the store where the gun was sold. Then they use that information to track down the store owner, since by law it’s the owner who is required to keep and maintain records of the firearms they buy or sell.

Once the ATF reaches the gun store owner, they can finally figure out who originally bought the gun they are tracing. Unless that store has gone out of business.

When a gun store closes, the owner is required to send all federal gun sale records to the tracing center. Which means in addition to the 700,000,000 documents the center already has in-house, roughly 2,000,000 new records arrive every month.

That creates even more work for a staff of 350.

“If a gun dealer has their records in an excel spreadsheet, and they send it to the tracing center, ATF has to immediately take that spreadsheet and dumb it down so that it can’t be queried by a computer,” Chipman explained. “That is insane.”

The process is also slow.

Troppman said a single gun trace takes a week or more except in the most high-profile cases.

“We get calls from law enforcement on a regular basis now hey we got this serial number can you look it up for us?” Troppman said. “And the answer is no. That’s not at all how it works.”

Roy doesn't think a gun sales data base would help law enforcement achieve their ultimate goal: finding the person who pulled the trigger in a crime.

“Very seldom do you get people that go out and go through the entire registration process and go commit a crime and leave the gun behind,” Roy said.

Chipman thinks law enforcement is being left behind instead.

“Why do we make it so hard for cops to solve crimes?” Chipman said.

Despite the fact the ATF can’t put gun sale records into a database, some states have their own rules allowing it. That's because state gun laws can be more strict than federal gun laws.

In Maryland, law enforcement is allowed to take records of every gun bought, sold or traded in the state enter it into a computer database. That database can be searched with just a couple of mouse clicks when state police trace a gun.

However, those searchable records are only for guns purchased in Maryland.