The meeting was disguised on the calendars of Mayor Bob Buckhorn and Commissioner Ken Hagan. And County Administrator Mike Merrill didn't put it on his calendar at all. But the three all met with Rays' owner Stu Sternberg last week at Bern's Steakhouse. 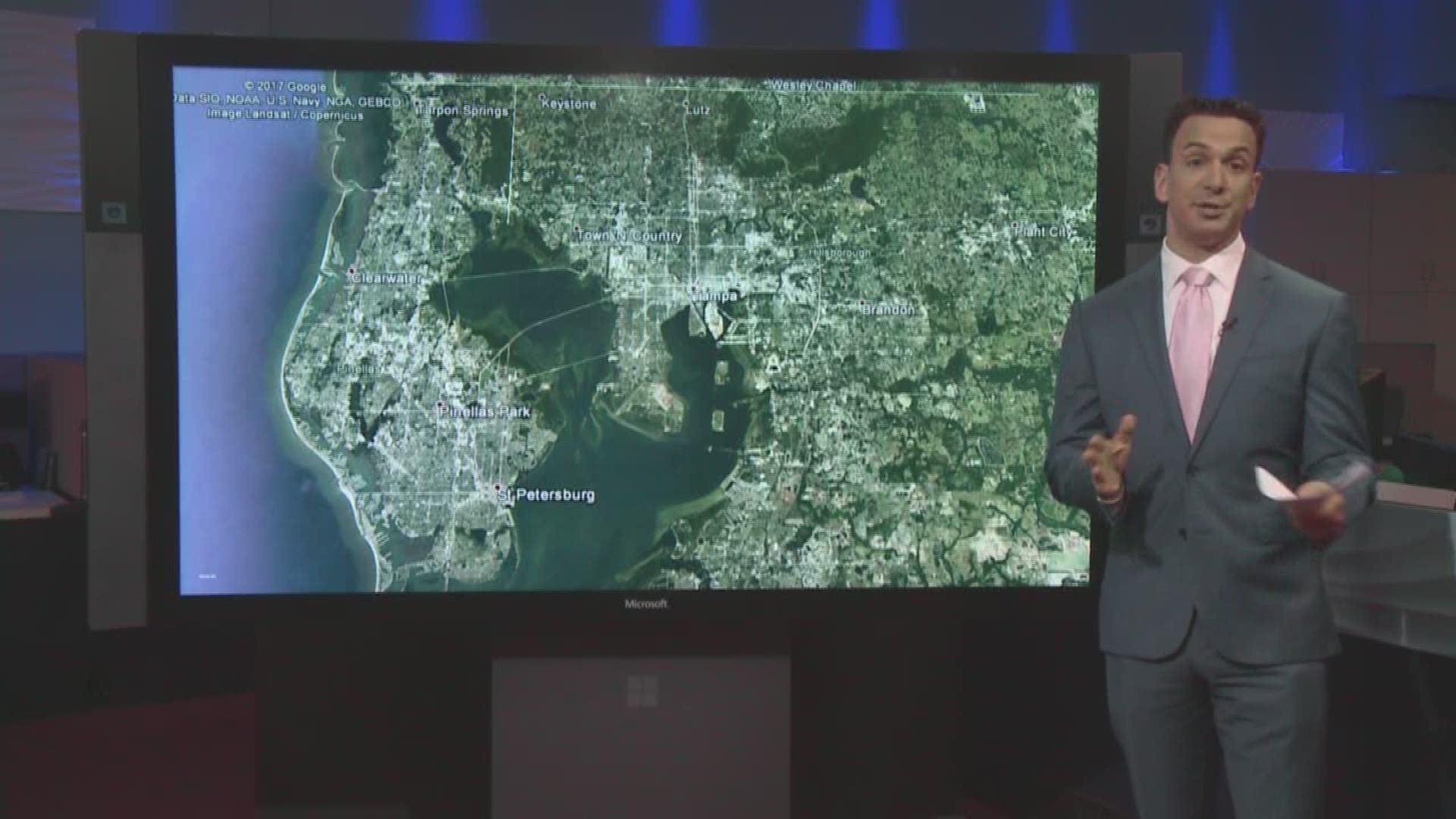 TAMPA, Fla. – The meeting was described as just “Baskette dinner” on Mayor Bob Buckhorn’s calendar. It listed as just “Bern’s” on the calendar of County Commissioner Ken Hagan.

And County Administrator Mike Merrill didn’t put it on his calendar at all.

Buckhorn declined comment on the story, but the mayor's spokesperson told 10Investigates the meeting was listed on his calendar as “Baskette dinner” simply because it was coordinated by Patrick Baskette, an experienced lobbyist who works for Shumaker, Loop & Kendrick.

The firm’s partner, Ron Christaldi, a former chairman of the Greater Tampa Chamber of Commerce, was also at the dinner. Christaldi has played the pivotal role in incorporating a nonprofit entity to assemble land and facilitate negotiations between the Rays and local governments out of the public eye.

Both Baskette and Christaldi are registered lobbyists; neither returned requests for comment.

Christaldi’s proximity to lucrative negotiations about land deals and tax dollars have drawn criticism around Tampa Bay; Baskette’s public involvement in the negotiations is a new development.

Several Hillsborough County commissioners told 10Investigates they knew there had been a meeting with the Rays, but were surprised to learn of some of the details, including the location and individuals in attendance.

Two said they believed the meeting should have been better-detailed on officials’ public calendars.

Merrill said the dinner was never added to his calendar because the date was uncertain and he didn’t get a call about it until that day.

Under Florida law, officials’ and employees’ public calendars are considered public records, and available for inspection to any member of the public. But Hagan and Buckhorn – as well as some of the county’s top executives - have gone to great lengths in recent years to keep stadium-related discussions away from public records, even as hundreds of millions of tax dollars are discussed in conversation.

A Hagan aide said Thursday, “The commissioner doesn’t put everything on his calendar.”

Previously, Buckhorn told 10 Investigates the discussion items needed to be kept secret to prevent the price of speculative stadium property from soaring. Hagan told his fellow commissioners the same thing when they insisted on getting more frequent updates.

But securing land several months ago, at a fixed, agreed-upon price, did little to change the secretive nature of the talks. Hagan’s fellow commissioners reported just getting their first-ever briefings on the years-old discussions with the team this week.

Commissioners told 10Investigates there remains little appetite to make up the nine-figure funding gap the Rays have suggested may be needed to get a stadium built. And several said no new stadium will get built in Tampa without enormous private sector contributions.

Major national developers are expected to visit Tampa this month to explore the possibilities of creating a new entertainment district sandwiched between Ybor and downtown.

Sources tell 10Investigates the funding discussions seem to be centering around two financing mechanisms: Community Redevelopment Areas (CRAs), which earmark a portion of county property taxes for projects in that same area; and a new entertainment district tax, which would be assessed on businesses around the ballpark.

However, those proposed funding mechanisms present challenges. Politically, both mechanisms involve tax dollars, which some commissioners have sworn off. And state Speaker of the House Richard Corcoran has challenged Tampa's authority to create special taxing districts.

There are also questions regarding the incredible amount of development that would be necessary to provide enough new tax revenue to fund hundreds of millions of dollars in stadium construction.

The two funding sources are among the 14 different tax revenues 10Investigates previously identified as possible ways to publicly finance a new Tampa stadium.

The Rays are expected to announce in upcoming weeks that the Tampa location is their “preferred” new home, but funding challenges could keep St. Petersburg’s preferred location for a new stadium, the Tropicana Field site, on the table.

Pinellas County’s available city and county funding for a new stadium could also one day bring a site near the bay bridges, such as Derby Lane, back into the mix should Hillsborough fail to find financing suitable to the team.

Merrill said Christaldi picked up the check following the meeting at Bern’s, but Merrill reimbursed him for his dinner.

Commissioner Hagan again failed to respond to a request for comment; he said he would no longer talk to 10Investigates in October “due to your irresponsible and misleading reporting.”