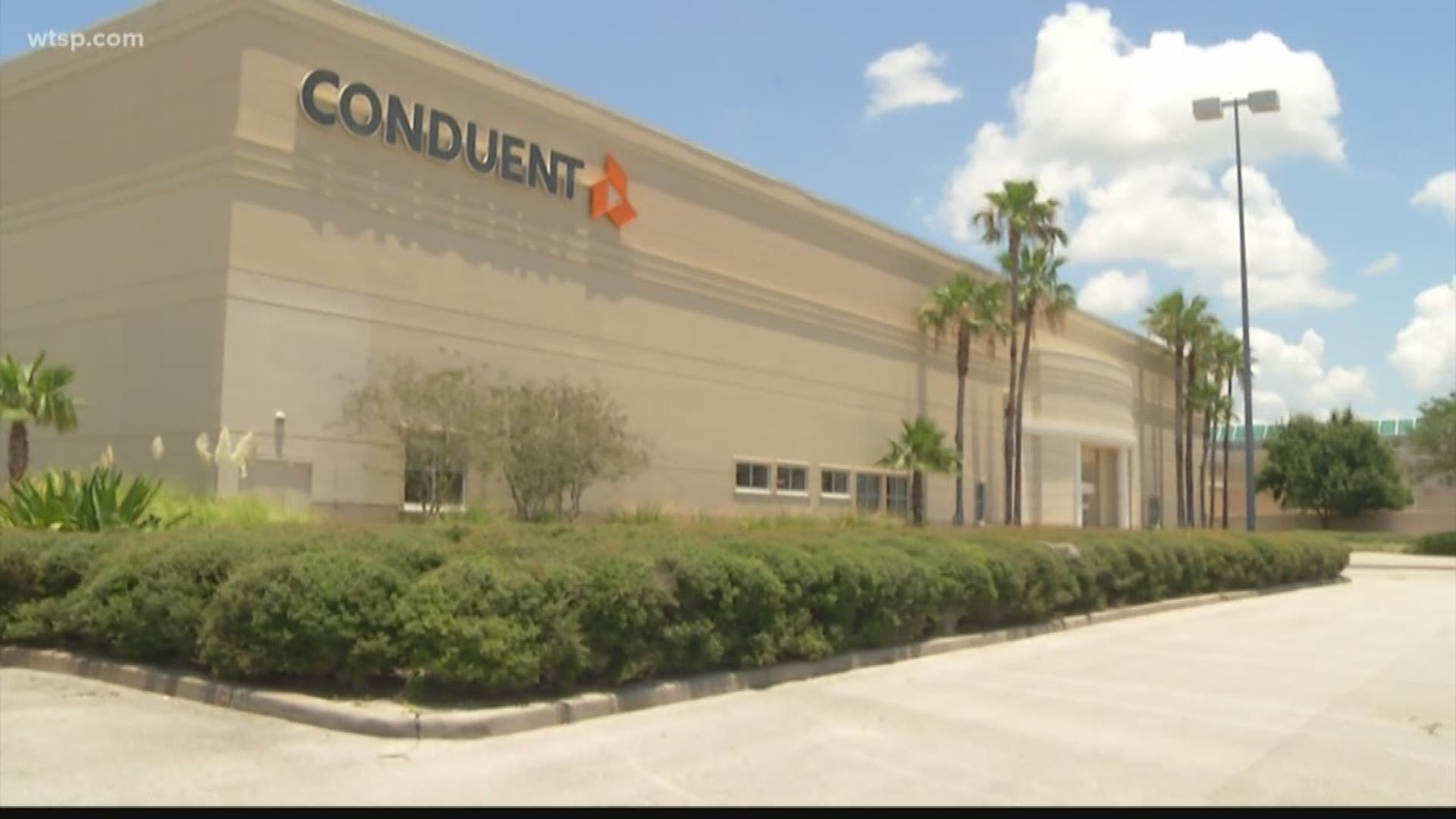 TAMPA BAY, Fla. - Florida's Office of Inspector General will launch an investigation into the state's SunPass failures after 10Investigates spent two months exposing problems and asking the governor why no action had been taken yet. The state also announced the first fines to contractor Conduent: $800,000 for damages.

"I'm going to continue to hold the FDOT accountable, and I know they're holding the vendor accountable," Scott said when pressed last week by 10Investigates, but did not provide any specifics.

It was the fourth time over two months Scott responded to 10Investigates' questions with promises to hold people accountable. However, Tuesday, on the 75th day of SunPass disruptions, the state provided the first acknowledgement that an investigation would be launched, and the first details of any penalties against Conduent.

So far, there have been no other penalties announced for the other contractors on the project, or any FDOT employees who were involved.

FDOT also announced Tuesday its massive backlog of tolls - which reached nearly 200 million in July - has finally been cleared. But major customer service problems continue to linger due to unexpected and inexplicable charges on some accounts.

Other politicians, like Democratic U.S. Sen. Bill Nelson, have been demanding an investigation into the vendor, Conduent, responsible for mismanaging the SunPass tolling system and allowing a planned six-day system upgrade to turn into a 75-plus-day catastrophe, involving tolling backlogs and customer service issues.

As the weeks went by, 10Investigates exposed how Conduent -- and its former parent company: Xerox -- had a history of electronic tolling issues in a half-dozen states, but Florida awarded the vendor a lucrative contract in 2015 anyway.

Public disclosures show Conduent retained seven lobbyists during the first half of 2018, spending between $20,000 and $60,000 in the first quarter alone for their services lobbying both the executive and legislative branches of Florida government. State disclosures only provide a range of compensation.

One of the company's registered lobbyists is Brian Ballard, the former chairman of Rick Scott's inaugural committee and a major fundraiser for the governor's 2018 Senate campaign.

As 10Investigates has reported, in the weeks leading up to the SunPass collapse, Gov. Scott collected campaign checks at a Texas fundraiser co-hosted by Conduent's billionaire founder and investor Darwin Deason.

10Investigates also brought questions to the governor about customers who were concerned about late fees and bank overdraft fees due to the lengthy and somewhat unpredictable account disruptions. But over the past two months, the state has also announced it would waive all customer penalties and start a process to reimburse customers for bank fees.

"SunPass customers will now see their accounts charged and processed for current toll usage in real time," FDOT said in a press release Tuesday after announcing it had finally cleared its toll backlog.

FDOT said it would announce, later this week, the specifics of how to file an overdraft expense reimbursement request.

FDOT is still working on processing all transactions accrued through Florida's Toll-By-Plate system.

If you have questions about your SunPass account, call 1-888-865-5352 or click here. FDOT recommends targeting afternoons in the middle of the week for lowest call volumes.

►Send your SunPass issues and other story tips confidentially to 10Investigates' Noah Pransky on Facebook or email him at npransky@wtsp.com.