The PTC has been shut down, so tow truck oversight has taken a hit in Tampa. 10Investigates' Noah Pransky is holding wreckers accountable if they break the rules. 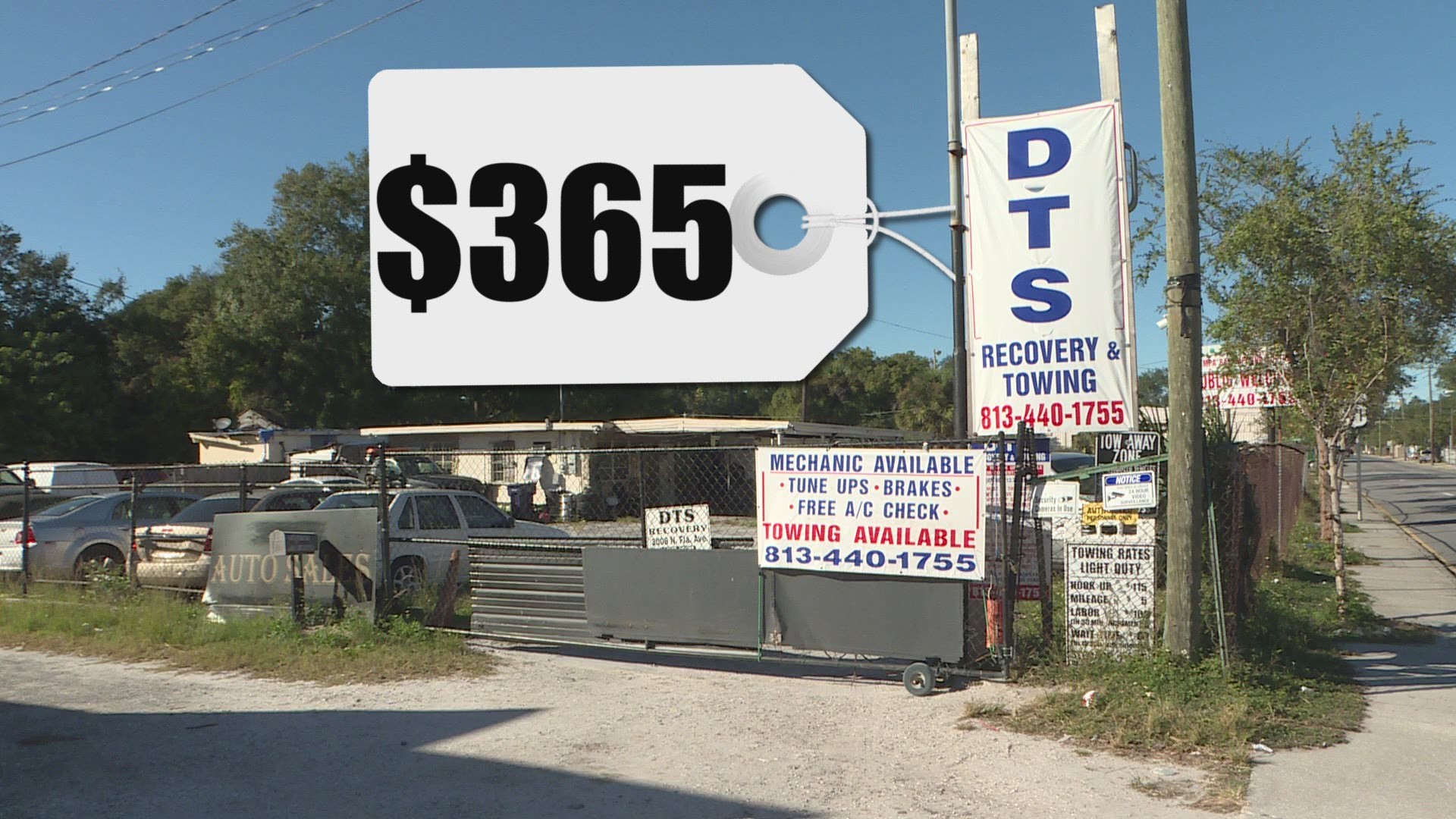 However, collateral damage in the taxicab versus rideshare debate was the loss of the PTC's efficient oversight of another controversial industry: tow trucks.

10Investigates reported in July how Gov. Rick Scott and legislature signed a bill eliminating the PTC, but did not provide Hillsborough County with a method to continue wrecker oversight. Several county agencies are trying to pick up the pieces and improve wrecker regulation moving forward, but the turnover of enforcement authority has created a gap that some companies are exposing at consumers' expense.

ALSO - HOW DO I GET A TOWING REFUND? TowingTroubles.com

In recent weeks, several viewers contacted 10Investigates, complaining about excessive charges and other violations by DTS Recovery. Many of the overcharges were confirmed by a DTS manager, who admitted on the phone the company tries to legally add "as many fees as possible" when a vehicle is towed for parking improperly.

The manager also defended the practice of not providing receipts to drivers who weren't the legal owners of the towed vehicle, even though state law requires a receipt to be provided to any customer who retrieves a vehicle out of impound. He admitted at least one wrecker operator "probably went too far" in demanding cash from drivers.

Even though some complaints have gone to the PTC in its final days, the agency doesn't have any inspectors left to investigate or cite companies that break the rules.

"It's greed; it's money," the PTC's last employee, interim director Kevin Jackson, said of tow companies that break the rules. "With the state shutting down the PTC and the attrition that comes with that, (enforcement) has been difficult the last few months."

Hillsborough County will lean on three different agencies for oversight starting in 2018 - the county clerk of court, the sheriff’s office and the county’s consumer protection office - but the regulations have not yet been finalized and few actions appear to have been taken in recent months.

Even instances identified by 10Investigates of tow drivers lacking proper licensure have not been fully investigated.

The owner of Encore Broadcast Solutions on Kennedy Avenue in Tampa, where a number of drivers appear to have been overcharged after improperly parking there, was not available for comment.