10Investigates identified at least three towing charges that one family should not have had in the aftermath of Hurricane Irma. 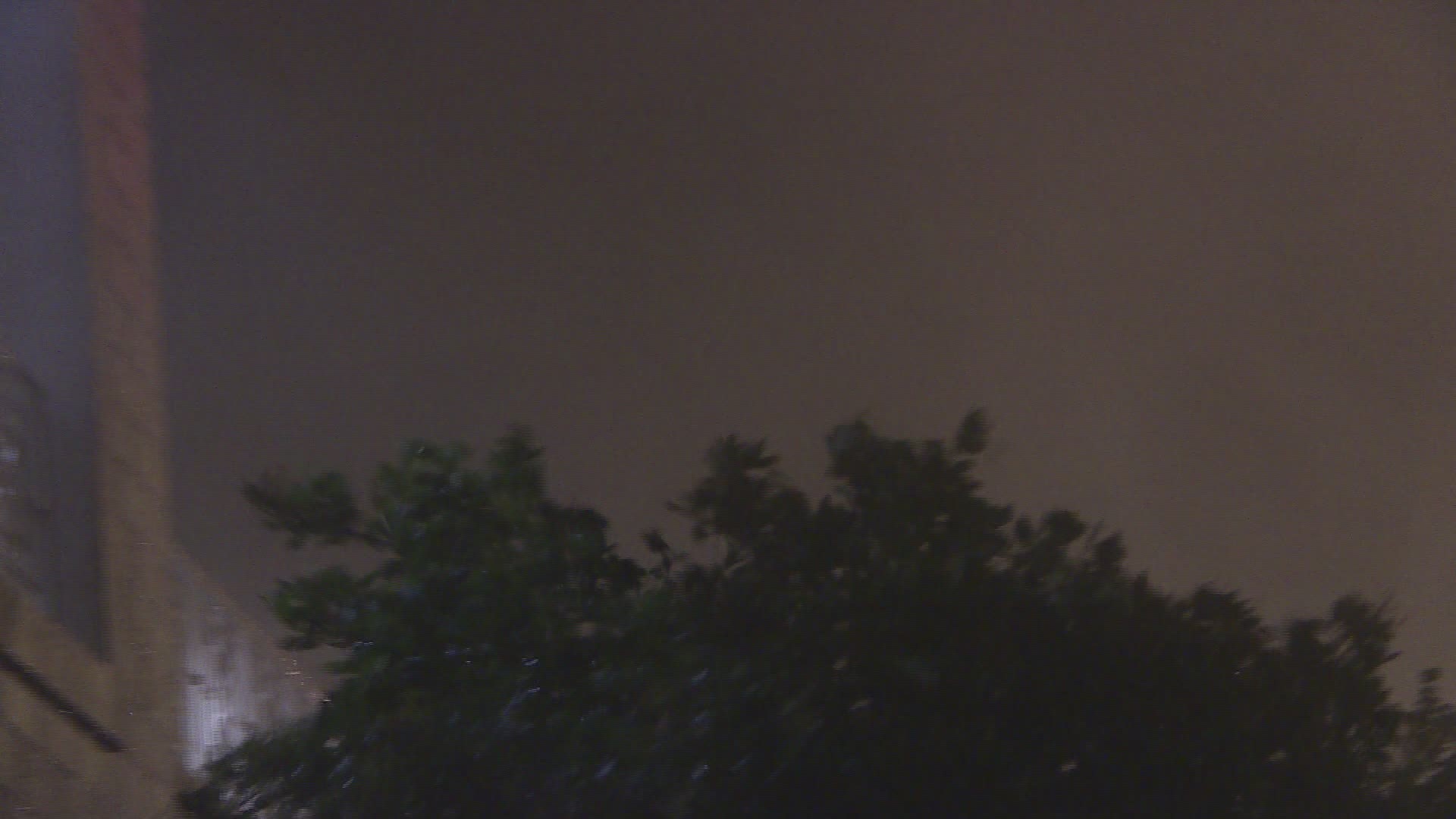 BRADENTON, Fla. - Lola Cadena may have provided her father and sister shelter after Hurricane Irma left their families without power, but Lola didn't provide them with parking passes.

It led to a tow truck hauling their vehicles away, as well as several others parked at La Mirada Garden Apartments.

However, Fastway Towing's $300 bill for each of the two Cadena family vehicles towed away -- three days after the storm -- violated county ordinances regarding maximum-allowable towing charges. Company representatives told 10Investigates they saw nothing wrong with tacking on extra fees.

How do I get towing refunds? TowingTroubles.com

10Investigates identified at least three charges that Cadena's family members should not have had:

It means Cadena was overcharged at least $160 for her two vehicles following Hurricane Irma, and county records show Fastway towed three other vehicles from the same complex that night. Fastway has towed hundreds of vehicles from the area in recent years.

"Take that microphone, shove it up your {expletive} and get the {expletive} off my property," a man who appeared to be a Fastway employee told 10Investigates after an eight-minute exchange about the company's practices.

Another man, who identified himself as "John," the owner, said he would refund the $25 gate fee only.

Aside from ordinances limiting charges, Fastway also flirted with violating a state statute that requires all non-consensual tows to be reported to local law enforcement within 30 minutes of their completion. Even though the company said it towed the vehicles from La Mirada Garden Apartments at 1:30 a.m. Thursday, Sept.14 following the hurricane, the tows were not phoned in to the Manatee County Sheriff's Office until after 5 a.m.

Fastway said its flatbed truck broke down en route back to Sarasota, so the tows were not completed for hours. A spokesperson for the Manatee County Sheriff's Office said the company likely complied with the letter of the law on reporting its tows, but the agency is looking into whether other rules were broken.

What's the most I can be charged for a tow? TowingTroubles.com

Fastway, headquartered south of downtown Sarasota, appears to operate predominately in Manatee and Sarasota counties. A company by the same name in New York - owned by Zbigniew Filipowicz, who, records show, also incorporated the Florida Fastway Towing - was fined more than $1 million by the New York Attorney General and shut down in 2012.

"John" Filipowicz, who described himself as the owner of the Sarasota-based Fastway Towing, said there was no affiliation whatsoever with the New York company. He was wearing a Yankees hat at the time. He would not reveal if Zbigniew was his real name or who Zbigniew was.

However, 10Investigates found Facebook pages that appeared to be owned by "John," that included photos of Fastway Towing trucks from both the New York company and the Florida company.

"John" later said he was not the owner of Fastway Towing and the real owner was "Aldona," who appears from Facebook posts to be his sister. Aldona was added to official company filings with the state of Florida in 2013, after the New York Attorney General fined Zbigniew and Fastway more than $1 million for a number of alleged crimes, including deceptive trade practices and fraud.

The company asked 10Investigates to also spotlight the good work it did following Hurricane Irma, including towing dozens of cars from Siesta Key for no charge. The Cardenas tell 10Investigates they have not yet received any money back yet. 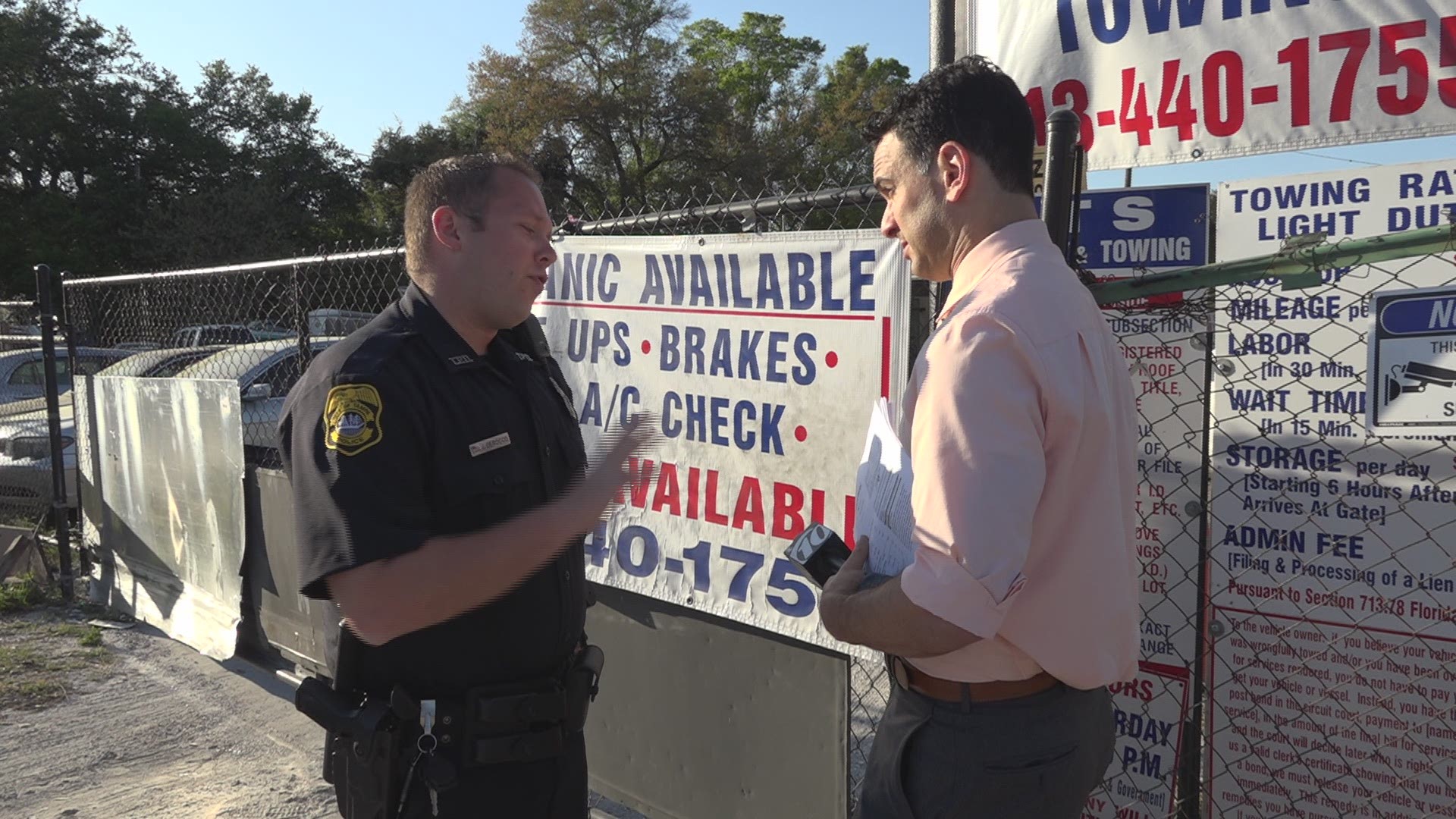