Uber/Lyft killed the PTC; but who will watch the tow trucks?

10Investigates examines which agency will oversee the responsibilities of the disbanded Hillsborough County Public Transportation Commission. 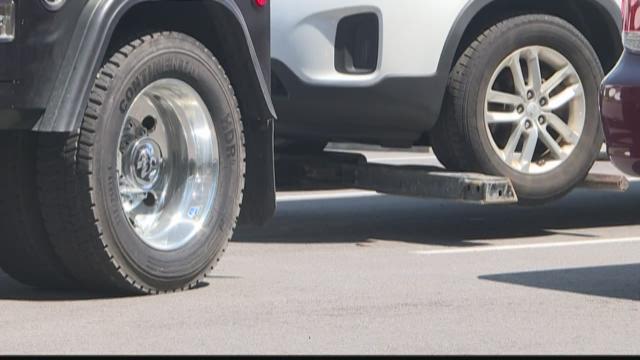 TAMPA, Florida - Critics of the Hillsborough County Public Transportation Commission (PTC) were passionate about disbanding the one-of-its-kind agency following years of controversy surrounding Uber and Lyft operations. But there didn’t seem to be a post-PTC plan in-place to replace the agency’s other consumer protections in Hillsborough, namely oversight over the tow truck industry.

The PTC has become best-known for its regulations – and controversies – surrounding taxicabs in Hillsborough County. But even more of its work came regulating other for-hire vehicles like wreckers and ambulances. 10Investigates worked with the PTC to secure dozens of refunds last year for victims of illegal towing and overbilling.

But when the state legislature passed a bill this year to eradicate the agency, the county was left to figure out how to divide the PTC’s responsibilities. Hoping to keep problems from slipping through the cracks, the county will lean on three different agencies for oversight: the county clerk of court, the sheriff’s office, and the county’s consumer protection office.

However, 10Investigates exposed last year how the PTC seemed to be the only local agency succeeding in aggressive towing oversight; predatory towing problems seemed to be most prevalent in the other West-Central Florida communities, where county staff or the sheriff’s office were responsible for towing oversight.

And that has some observers concerned in Hillsborough. Elected officials and wrecker industry experts both told 10Investigates some of the area’s less-responsible tow truck companies may test Hillsborough’s new regulation structure.

"There will be much less regulation...creating a higher risk of regulation to the consumer," said Hillsborough Commissioner Victor Crist.

It’s also still not clear if the county will adopt all of the PTC’s towing regulations and protections.

"It's going to be a difficult sell to keep some of the safeguards that, over time, have become necessary to put in place to protect consumers," Crist said, suggesting the wrecker industry would push back and lobby against some regulations.

But State Senator Dana Young (R-Tampa) said the PTC's regulations were burdensome on taxicabs and ridesharing companies, and a bit of de-regulation might help for-hire businesses in Hillsborough County. She also expressed her confidence in the three county staffs that will assume the PTC's responsibilities.