Districts all over the state have had to remove teachers over VAM scores, and some teacher representatives say it’s a terrible way to evaluate teacher performance. 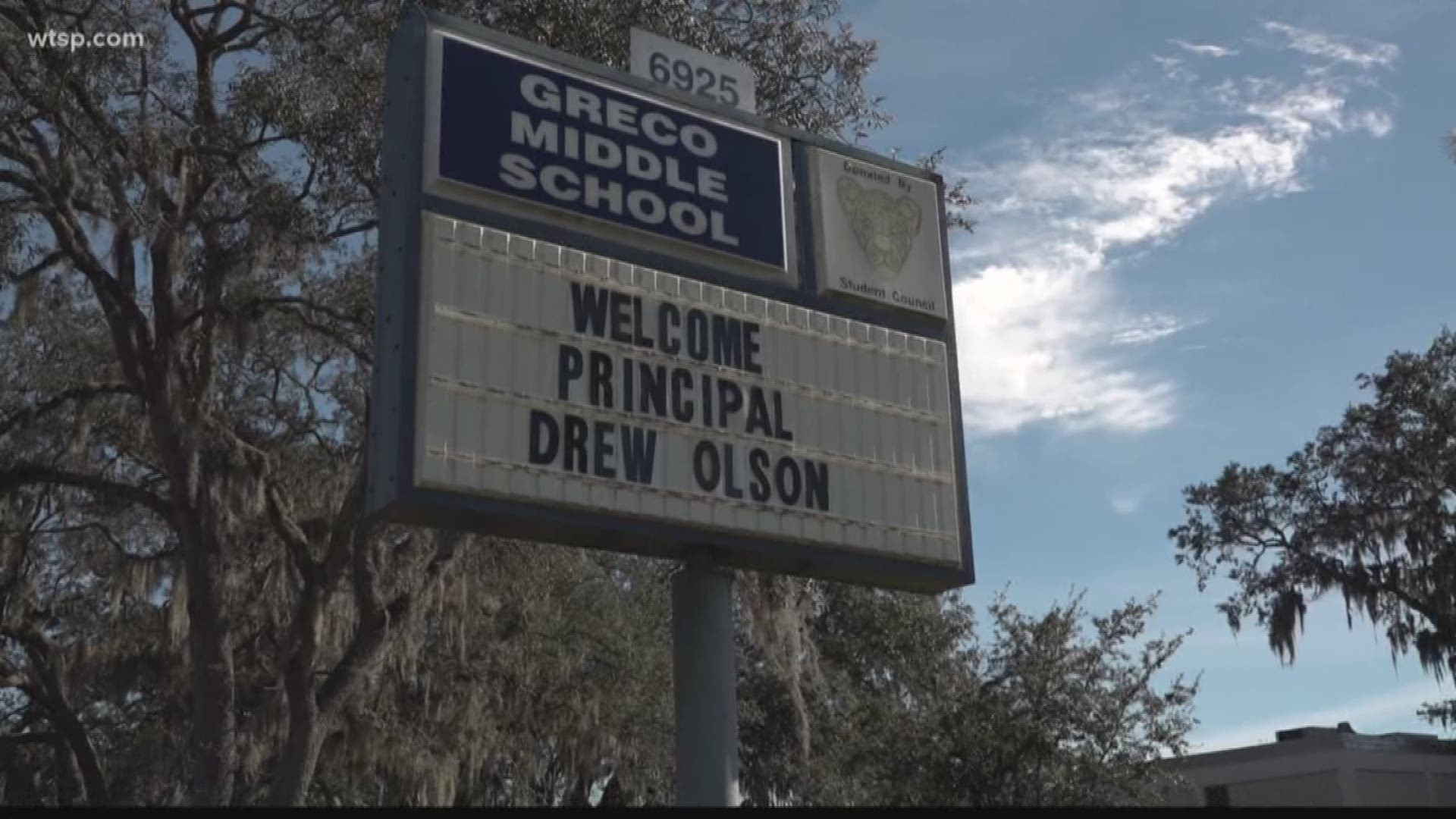 TAMPA, Fla. – The Florida state board of education told the Hillsborough County School District on Monday it must remove six teachers from Greco Middle School because of "unsatisfactory" ratings. On Tuesday, district officials said it rates those same teachers as either "effective" or "highly effective".

Greco Middle School has been a D-rated school for the last two years, which means it needs to comply with certain state requirements that involve looking specifically at student test score data, otherwise known as value-added models (VAM) and removing teachers who have unsatisfactory VAM scores even if their overall evaluation shows them to be good teachers.

The board action on Monday came as no surprise to Hillsborough County Schools officials, who have been working with the state for months on how to make transitions for the teachers.

Eakins said you can look at many data points to determine whether someone is effective, but the state focuses primarily on one.

According to Eakins, it gets confusing.

“It’s somewhat conflicting in the message because these teachers are not ‘unsatisfactory’ or ‘ineffective’ teachers. According to the state of Florida, their total evaluation ranks them to be ‘effective’ or ‘highly effective’,” Eakins said.

He says effective teachers can look ineffective because their one data point in a single year doesn't show their full potential.

“We all would like to be judged by a total body of work, not one measure, so we’re going to continue to support these teachers as they transition and give them all the support they need to be able to continue to teach and be effective and highly effective in Hillsborough County," he said.

Value scores are different than teacher evaluations conducted at the district level, the State Department of Education told 10News in an email.

“Every Florida student deserves to have high-quality teachers that prepare them to succeed in college and career," a spokesperson said. "The State Board of Education has made clear its intention to hold our state’s educators to the same high standards to which we hold our students.”

Districts all over the state have had to remove teachers over VAM scores, and some teacher representatives say it’s a terrible way to evaluate teacher performance.

“It’s capricious, it’s arbitrary and it’s completely bogus,” said Pinellas Classroom Teachers Association President Mike Gandolfo. “This is all coming from the state and the design is to hurt public education in an effort to privatize [the state’s schools].”