Investigators say Kyle Reese said he dropped the infant girl on her head, but the medical examiner's office says her injuries tell a different story. 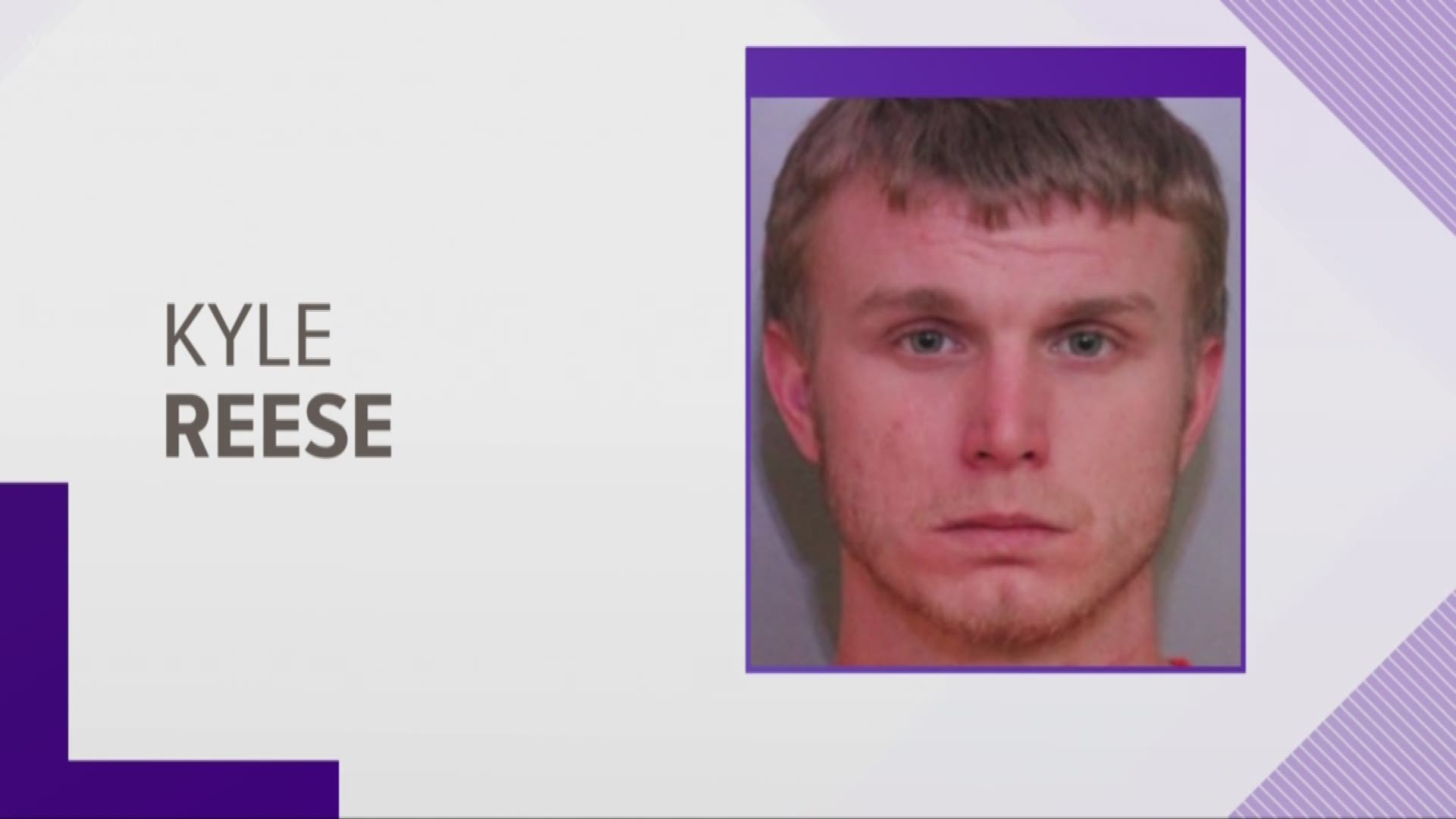 LAKELAND, Fla. — A 26-year-old man is in jail, accused of aggravated child abuse that investigators say caused a baby in his care to die.

According to a Polk County Sheriff's Office affidavit, on Dec. 9, emergency responders were called to a home on North Acorn Drive to check on an unresponsive infant.

Deputies say Kyle Reese told them he'd been watching twin 2-month-old babies along with two other children: a 4 and 6-year-old, according to the affidavit. He reportedly explained that he was holding one baby while the other three children were on the couch.

The arrest report says Reese told deputies that the two children caused the baby on the couch to fall, and in trying to stop that baby from falling he somehow dropped the baby girl he was holding on her head. He said he "may have" fallen on top of her after she hit the ground, according to the affidavit.

The baby was airlifted to Tampa General Hospital with "multiple rib fractures, a skull fracture, and severe bleeding on the brain," the affidavit says.

The Hillsborough County Medical Examiner's autopsy found injuries to the baby that indicated severe trauma, including bruises on multiple areas of her body, hemorrhaging of the optic nerves and hemorrhaging down the spinal column, according to the affidavit.

What's more, they discovered that three of the girl's ribs were in a state of healing, indicating they'd been broken prior to the alleged fall, the arrest report says.

Reese was Baker Acted on Dec. 13 and had been in the hospital in the days that followed, until he was released and arrested on Jan. 8. The Sheriff's office says he had self-inflicted injuries that he perpetrated on himself in relation to this situation.

Sheriff Grady Judd said,  “Please, please - if you’re not capable of taking care of children and babies, reach out for help before something horrific like this happens. Now a family is suffering the loss of a newborn baby girl because Kyle Reese was left in charge of four small children, and he did the unthinkable. He belongs behind bars.”

Polk County Sheriff spokesperson Carrie Horstman told 10News that the reason Kyle is being charged with aggravated child abuse and not manslaughter or another charge more aligned with a death is that, "The statute fits the crime, and it is a first-degree felony, which makes it a moot point to charge a homicide-related charge...There is no higher penalty to charge for that crime."

In order to protect the identity of children of abuse, the sheriff's office cannot confirm whether Reese is the father of the child.