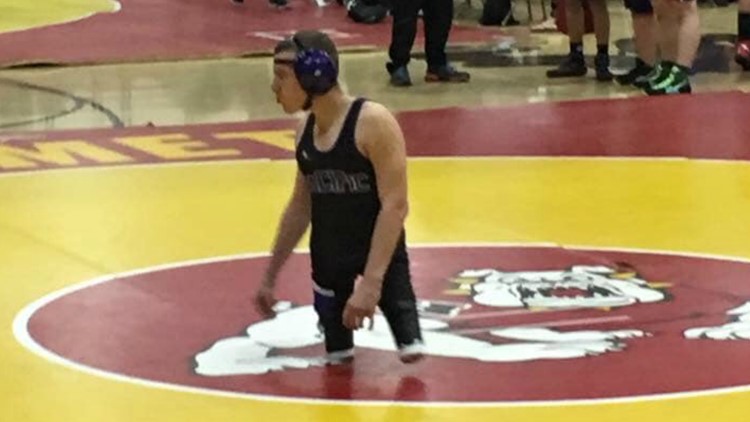 SAN BERNARDINO, Calif. — Why would someone steal prosthetic legs from a double-amputee high school athlete?

That's what many people want to know.

Brett Winters is a senior at Pacific High School in San Bernardino, Calif.

He was born without tibia bones in his legs. As a result, his legs were amputated when he was eight months old. He now uses different pairs of prosthetic legs, depending on his activity.

Last week, someone stole the legs he uses for wrestling from the school gym.

Since the thefts, one of the legs was recovered by his teammates. He made that announcement in a thread on a Facebook page.