25 years after Andrew: Are Florida's building codes really being weakened?

25 years after Hurricane Andrew, does a recent legislative change undo some of the strongest building codes in the country? 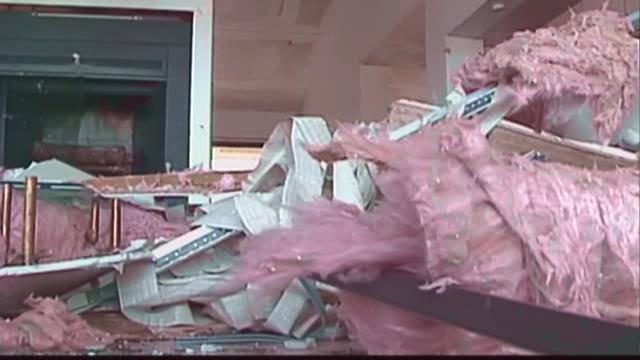 TAMPA – It remains one of the most expensive disasters in U.S. history and brought a sea of change when it comes to how buildings are constructed in Florida.

This week marks 25 years since Hurricane Andrew made landfall, barreling into South Florida on April 24, 1992 as a Category 5 storm.

In its wake, more than 160,000 homes were left either severely damaged or destroyed, forcing state leaders to seriously examine building standards.

A statewide building code standard was later implemented, mandating everything from the roof, to the windows and foundation pass rigorous hurricane-force wind testing. The changes eventually made Florida's codes some of the most stringent in the nation.

But a change made earlier this year by state lawmakers and approved by the governor is causing a wave of disagreement over what it could mean for the future of those standards.

Critics of the change suggest it's a direct ploy to begin weakening the current building codes in oreder to ease rising costs of home construction.

It's a notion Jeremy Stewart, a developer with the Florida Home Builders Association, says is entirely false.

"It’s more to modernize how we operate the building industry in the state of Florida," he told 10News. "No other industry throws away their rules and practices every three years and re-invents them.”

But Mike Rimoldi with the Federal Alliance for Safe Homes is among watchdog groups sounding an alarm.

“I’ll admit, the code is complex. But guess what, building a house is complex too," Rimoldi said. "We’re talking about a family’s largest single investment financially... I don’t know that we can take a chance on that."

So what exactly changed?

Previously, the state's building code was automatically updated every three years to match mandates dictated by the International Code Council, or ICC. That model served as a basline standard which was then modified with additions specifically tailored to Florida.

But the legislative changes mean that automatic adoption every three years is no longer mandatory. Supporters of that model argue it keeps up with changing technology and construction methods, thus allowing Florida to easily keep up too. Instead regulators will now have the option to cherry-pick, rather than adopt the entire mandate.

"One of the greatest concerns is we end up back where we were around the time of Hurricane Andrew, we no longer have a unified code," Rimoldi said, arguing that insurers fear the change could cause premiums to rise over time.

Stewart contends the statewide code will remain strong and will still be reviewed every three years.

'However what we’re not doing is throwing away the entire code and starting from scratch."