A judge dismissed the third-degree murder charge, but the more serious charge of second-degree murder, along with all other charges against the defendants, remain. 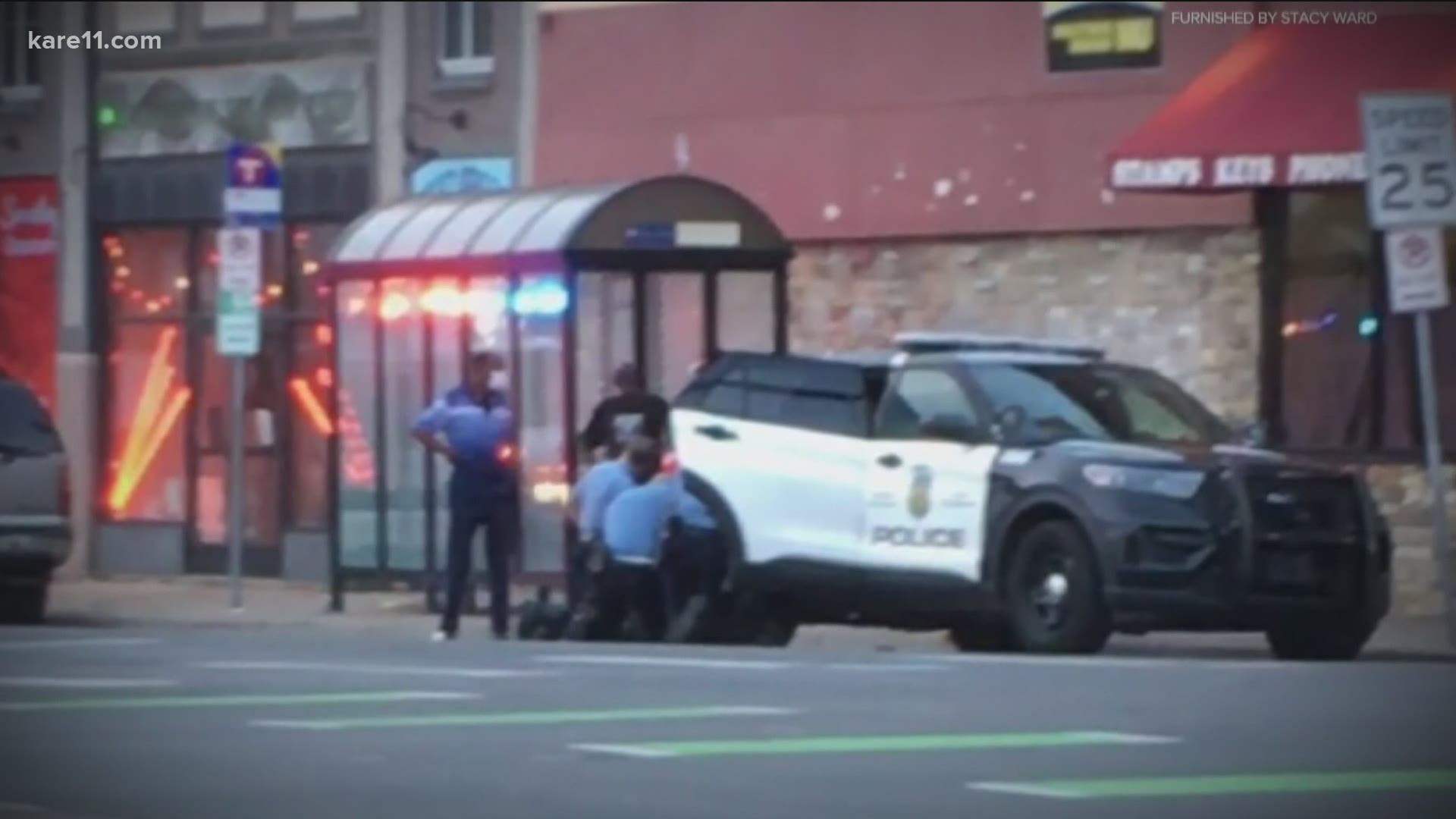 MINNEAPOLIS — The third-degree murder charge against former Minneapolis police officer Derek Chauvin in the death of George Floyd has been dropped, although the higher second-degree charge remains.

Following this development, Gov. Tim Walz activated the Minnesota National Guard in the greater metro area as a "precautionary step."

"In light of developments in the George Floyd case, we’ve taken the precautionary step of asking the Minnesota National Guard to prepare to help ensure safety for Minnesotans," Walz said. “I want to remind Minnesotans that today’s ruling marks a positive step in the path toward justice for George Floyd.”

Chauvin is also charged with second-degree manslaughter in Floyd’s death on May 25, 2020. Chauvin was captured on video with his knee on Floyd’s neck for over nine minutes.

Three other former officers, Tou Thao, Thomas Lane and J. Alexander Kueng, are charged with aiding and abetting second-degree murder. All three had requested to have charges against them dismissed, but Judge Peter Cahill on Thursday ruled against that request.

Judge Cahill dismissed the third-degree murder charge against Chauvin, but kept all other charges in place. He was expected to rule on that issue and several others, including a possible change of venue, any day.

BREAKING: The judge in the George Floyd case has decided *not* to dismiss charges against the former MPD officers, with the exception of 3rd degree murder against Derek Chauvin. 2nd Degree murder and manslaughter still stand.

Second-degree murder is the traditional murder charge that's been filed against Chauvin, while second-degree manslaughter is the most common charge used against officers in deadly use of force cases.

Third-degree murder is a rarely used statute in Minnesota. According to Minnesota law, murder in the third degree is committed when there isn't intent or premeditation. A typical use of the third-degree murder charge would be used against a person who fired a gun in to a crowd or drove through a crowded sidewalk.

"Whoever, without intent to effect the death of any person, causes the death of another by perpetrating an act eminently dangerous to others and evincing a depraved mind, without regard for human life, is guilty of murder in the third degree," Minnesota statute says.

A third-degree murder charge requires prosecutors to specifically show that the perpetrator committed an act while "evincing a depraved mind."

Last year former Minneapolis police officer Mohamed Noor was convicted on this charge, along with second-degree manslaughter, for the shooting death of Justine Ruszczyk Damond.

Although a jury convicted Noor of the third-degree murder charge, many among the Twin Cities legal community believe he has a good chance of overturning that part of his conviction.

Some people might be upset about the judge dismissing the 3rd degree murder charge. But for this case in particular, the state might have a more focused argument with the charges remaining.

In a 107-page ruling Thursday, Judge Cahill stressed that his job was to "view the evidence in the light most favorable to the state." It's the jury's job to decide whether the former officers are innocent or guilty.

Cahill said that viewed in the light most favorable to the prosecution, the evidence here “would lead a person of ordinary care and prudence to hold an honest and strong suspicion” that Chauvin committed second-degree unintentional murder.

Cahill added that, regarding evidence the defense has given to the contrary, "At most, these arguments raise fact questions for the jury at trial. Accordingly, Chauvin’s motion to dismiss this charge for lack of probable cause is denied."

Concerning the other officers - Cahill goes through each one separately. But this passage sums up his ruling for their Aiding and Abetting charges: pic.twitter.com/Ta5BYhHan4

Concerning the other former officers' requests to have their aiding and abetting charges dismissed, Cahill said that a jury might reasonably find that Chauvin "grossly deviated from the standard of care a reasonable officer would observe, and consciously disregarded the risk of death to Floyd." He found that a jury might also reasonably conclude that the other former officers knew or should have known that their presence at the scene allowed Chauvin to continue.

Cahill has yet to rule on a possible change of venue, and whether the four trials will be joined or held separately. At this time they are scheduled to begin in March in Hennepin County. KARE 11 reporter Lou Raguse will be reporting developments live from his Twitter account.

Earlier this week defense attorney Thomas Plunkett doubled down on his request for a change of venue, citing potential violence and unrest. Crews were at the courthouse Thursday installing plywood over the glass ahead of the judge's impending rulings.

Attorney General Keith Ellison, who is leading the prosecution in the case, issued a statement Thursday calling the judge's decision an "important, positive step forward in the path toward justice."

“We are gratified that the court preserved eight of the nine charges ... including the more serious second-degree murder charge for which we expect a conviction, based on the clear and evident use of excessive force that we all saw on video. We will continue to fight for justice in the civil courts and will advocate both for justice in the criminal system and for meaningful police reforms. The family of George Floyd has confidence that Minnesota Attorney General Keith Ellison will make sure that the officers are held accountable to the full extent of the law based on the evidence that we witnessed on that video tape.”