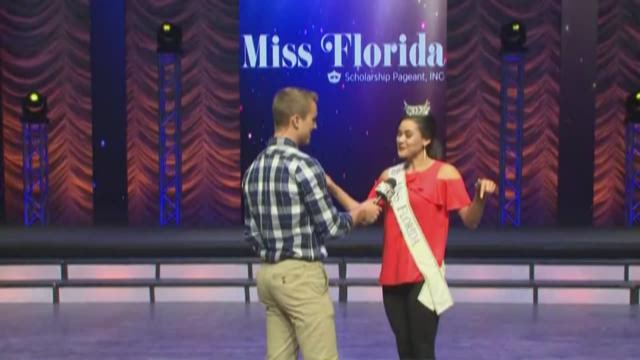 The 82nd annual Miss Florida Pageant kicks off on Tuesday night in Lakeland. 46 women from around the state will take the stage at the RP Funding Center in hopes of winning the crown, and earning the chance to compete in the 2018 Miss America pageant.

The Miss America Organization is the largest provider of scholarships to young women in the world.
Courtney Sexton, Miss Florida 2016, won the title last year in Lakeland. She’ll be on hand all week and will crown this year’s winner on Saturday, July 1. Over the past year Sexton has made 315 appearances, a record for Miss Florida. At the 2017 Miss America Pageant, Sexton won the non-finalist interview award. After she crowns the new winner on Saturday, Sexton plans to finish her master's degree and hopes to someday run a children's hospital. Sexton was also the 2008 Miss Florida Outstanding Teen.

The 2017 Miss Florida Pageant schedule is as follows:

Tickets can be purchased here.