Abnormal number of Americans are killed by lawnmowers each year

Nationally, about 69 people die due to lawnmower incidents based on data from a 10-year period. The deaths were up to 100 in 2014. 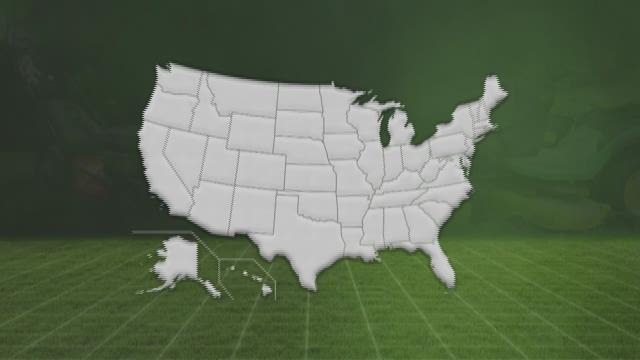 RIVERVIEW, FL -- It started with an article and a tweet from Kim Kardashian West, which many thought was crazy. More people in America are killed by lawnmowers than by terrorists each year, according to numbers from the CDC.

The numbers were then picked up by the Royal Statistical Society and named the 2017 international statistic of the year.

Nationally, about 69 people die due to lawnmower incidents based on data from a 10-year period. The deaths were up to 100 in 2014.

If you look at injuries, more than 250,000 people are hurt by lawnmowers each year, according to the American Academy of Pediatrics.

The statistic is one that resonates close to home.

Who can forget little Ireland Nugent? She was two when her father accidentally ran over her as he mowed the lawn. In 2016, the brave little girl spoke out about her incident.

“I'm a normal person in a normal world and I'm just like other kids,” she said.

The family turned their tragedy into a mission joining others to help avoid similar incidents.

“Don't let this happen to your family,” read a line in a PSA.

Is the message getting through?

In 2015 there was another little boy in Spring Hill severely injured from a lawnmower incident.

"Accidents do happen so make sure you're always supervising your children when using equipment such as this," said Steven Clark, who helps run the family business, All American Lawn and Tree Specialist.

Clark says safety starts before you even turn on the mower.

"You always want to take a walk throughout the yards at first, look for any kind of debris, rocks, sprinkler heads, exposed power wires," he said.

And, when it's time to turn on the mower.

"Always start it on the ground as to not hurt anybody or cause any damage with the blade."

"Those sit-down mowers, a lot of them have a roll cage on it. So, anytime you're mowing on anything other than flat ground, you always want to put your roll cage up and make sure your seatbelt is on. So that way if it does roll over, you don't fall off the machine and become injured yourself."