The heavily-traveled road is popular with cyclists, but many locals say they'd rather ride on the sidewalk. 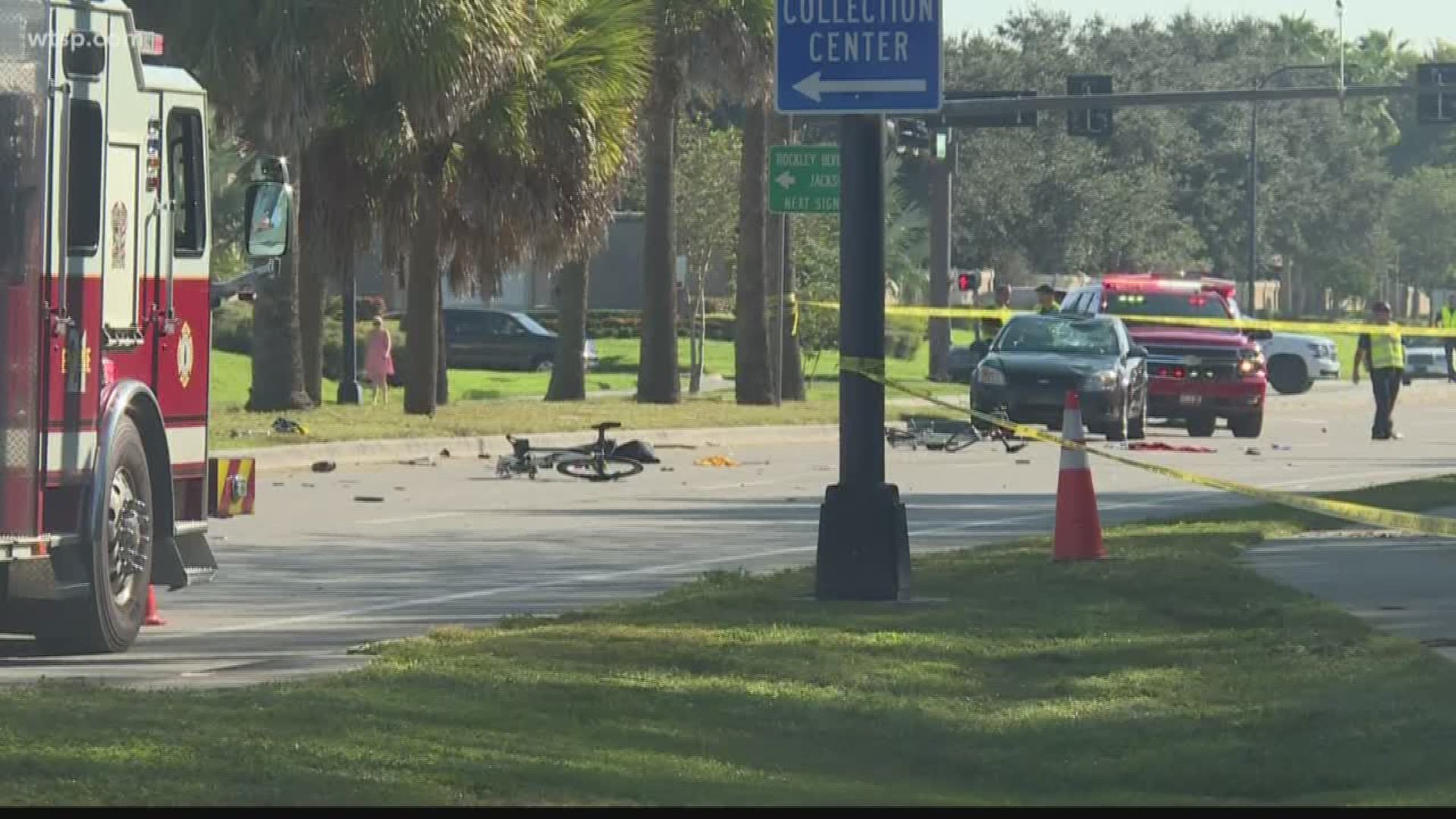 VENICE Fla. -- A Tuesday morning bike ride turned tragic for several cyclists on Center Road in Venice when a vehicle hit them, closing the roadway for hours.

The heavily-traveled road is popular with cyclists, but many locals say they’d rather ride on the sidewalk.

The images are disturbing: mangled bikes and parts spread across the pavement, along with helmets meant to protect bikers and pieces of clothing. Beyond the debris, a car with its windshield shattered.

“I think bikers should not be on this major road," said Jean Black, who lives in Venice. "Even though there are biking lanes, this is a very busy road,”

Troopers say four bikers -- three men ages 67, 60 and 57. and one woman, age 55 -- were heading east on Center Road around 8:30 a.m. Troopers say they were riding in the bike lane but decided to make a lane change and entered the path of a 2008 Chevrolet Cobalt.

“We’re trying to determine at what point in the lane change was being made in the proximity of that vehicle,” said Lt. Greg Bueno of the Florida Highway Patrol.

Three of the bikers were airlifted to Sarasota Memorial Hospital and one traveled by ambulance … all trauma cases, all in critical condition. Other cyclists near the crash scene said the bikes strewn in the street there appear to be high end, the kind avid riders would use.

Troopers say the driver is a 91-year-old North Port woman.

“We do not discriminate on age," Bueno said. "We are going to assess the driver and her ability to drive a vehicle.”

No charges have been filed yet.

As for bicyclists, they can ride on the road too.

“In the state of Florida, you are allowed to share the road. If you’re a bicyclist, you have to operate your bicycle applicable to all traffic laws a vehicle would,” Bueno explained.

But many bicyclists we spoke with say they won’t ride on this road.

“I’m always leery; cars are going fast on this street. I ride on the sidewalk nice big sidewalk here,” said Harlee Sommerfeld, who likes to ride his bike in the mornings.

What worries Harlee about riding on the street? He said. “Being hit by a car.”