Bishop on pope's same-sex union comments: 'There has been no change in Catholic Church teaching'

Bishop Parkes called for acceptance and encouraged Catholics to read the Catechism. 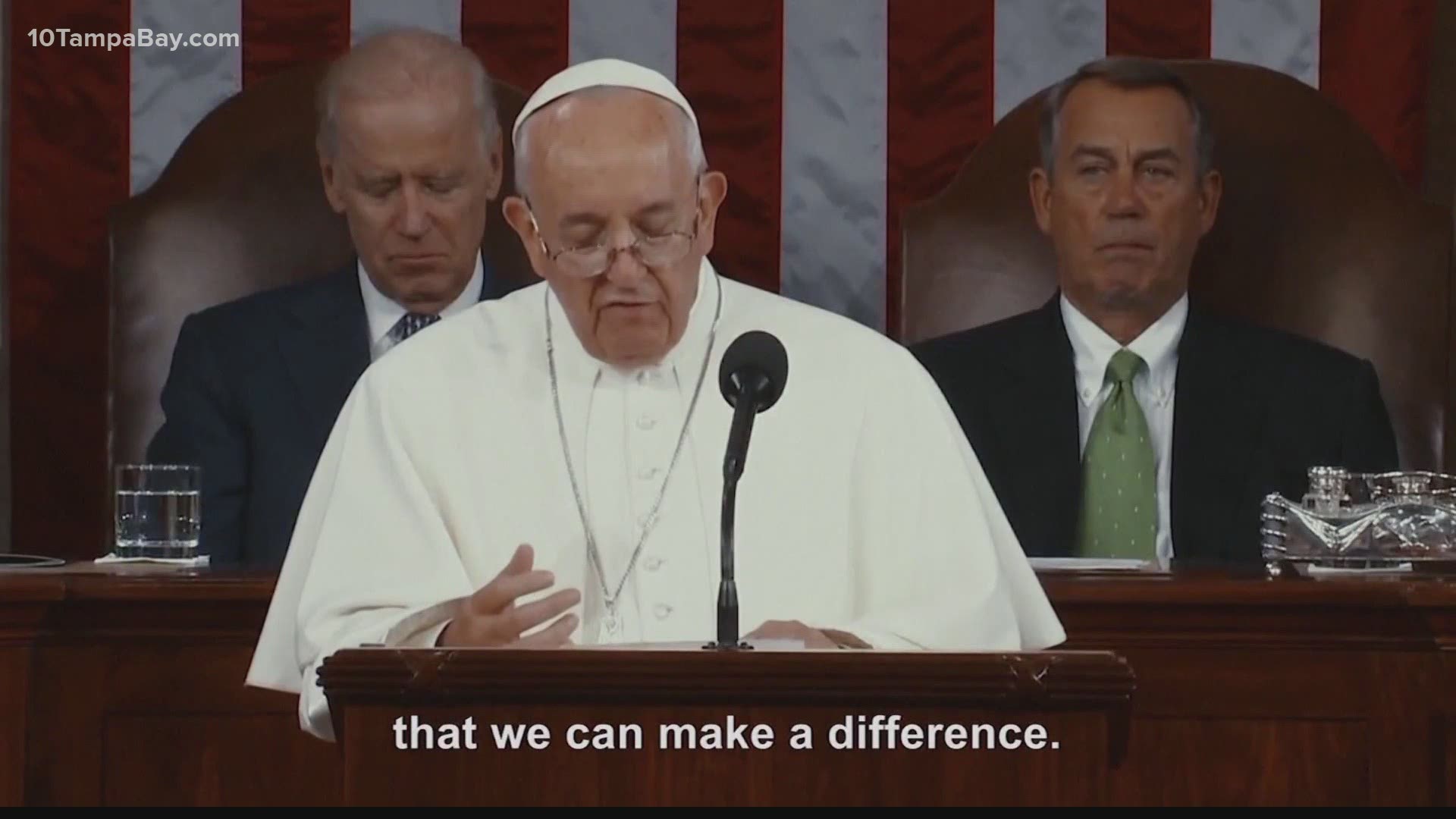 ST. PETERSBURG, Fla — The Catholic Diocese of St. Petersburg is offering clarification after Pope Francis endorsed same-sex civil unions for the first time as pontiff and reinforcing the notion that the pontiff was talking about civil unions, not marriages.

Pope Francis made the widely-publicized remarks while being interviewed for the feature-length documentary “Francesco,” which premiered recently at the Rome Film Festival.

“Homosexual people have the right to be in a family. They are children of God,” Francis said in one of his sit-down interviews for the movie. “You can't kick someone out of a family, nor make their life miserable for this. What we have to have is a civil union law; that way they are legally covered.”

On Friday, Bishop Gregory Parkes of the Diocese of St. Petersburg released a video responding to news reports about the matter. In the short clip, Parkes reinforced the Church's belief that marriage itself is between a man and a woman but made clear that he believes people involved in same-sex relationships are still children of God.

"Regardless of the headlines generated by a new film about Pope Francis, there has been no change in Catholic Church teaching," Bishop Parkes said in the video. "The Catholic Church teaches and believes that marriage is a sacrament between a man and a woman who are united for life and open to the generation of new life."

"The Catholic Church teaches and believes that men and women, regardless of sexual orientation, are children of God and are to be accepted with respect and compassion since we're all created in God's image," Parkes said.

As Parkes explained, the Catholic Church's official teachings do not address civil unions, which are considered legal constructs as opposed to religious ones. The bishop encouraged Catholics to read the Catechism.