The city is applying for a $24 million grant to expand the Riverwalk along the west side of the Hillsborough River and north through Tampa Heights. 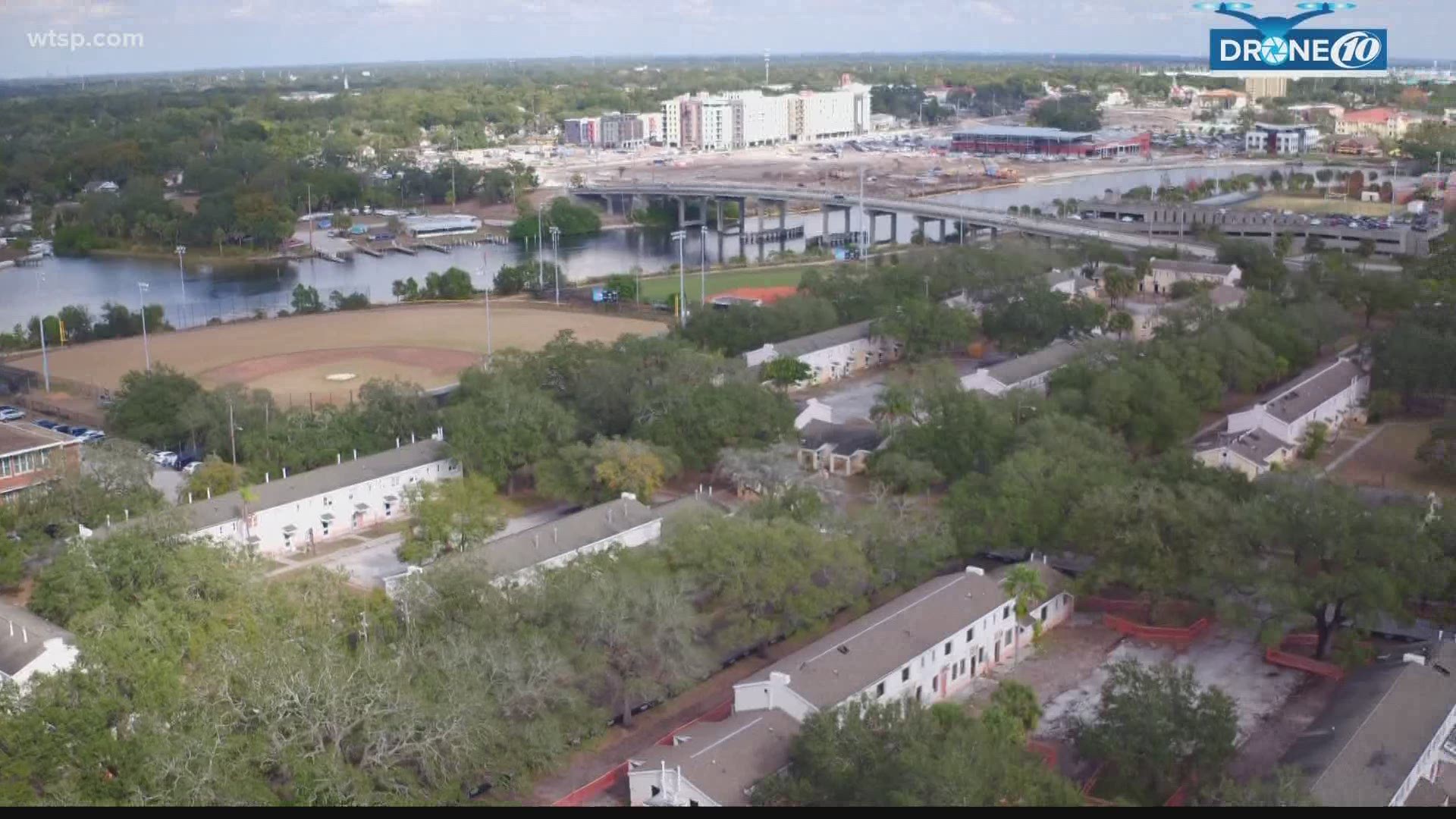 Plans to expand the downtown Tampa Riverwalk are escalating to the federal Department of Transportation, where the city is applying for a $24 million Better Utilizing Infrastructure to Leverage Developments (BUILD) grant.

The grant will help the city expand the downtown Riverwalk to the West River neighborhood in West Tampa.

According to a letter of support from the West Tampa Community Redevelopment Area chair Joe Robinson, the project will include a 12.2-mile path separate from automobile traffic. A draft map shows proposed Riverwalk segments on the west side of the Hillsborough River south of Kennedy Boulevard, as well as near Tampa Preparatory School just south of the newly renovated Julian B. Lane Park. There are also proposed segments along the river north of Blake High School to Rome and Columbus. The extension would continue east over the Columbus Street bridge and south to the end of the current Riverwalk along Cruis A Cade Place.

"The redevelopment around here, that is what the community wants,” said Robinson, who added that for years, his neighborhood has been the stepchild of the city.

As head of the West Tampa Community Redevelopment Area, Robinson has played a key role in helping transform the neighborhood. The last few years have brought major change with new developments from the Tampa Housing Authority, and now, a city proposal to expand the popular downtown Riverwalk to the west side of the water.

"Moving the Riverwalk to the west side of the river in a parallel effort, that's huge. That's about as big as Tom Brady coming to the Buccaneers,” said Robinson.

The goal is to reimagine abandoned parts of the waterfront and transform the West River area—an effort previous mayor Bob Buckhorn championed.

"It will create a development that is focused on the waterfront that is mixed-use, that is activating an area that has long been abandoned, and I think will change the face of West Tampa in a positive way,” Buckhorn told 10 Tampa Bay in 2018.

With this grant, Mayor Castor is continuing that push to redevelop West Tampa and open up the waterfront for the entire city.

There might be a few hurdles to clear first, though. Robinson said the city also needs to revive old conversations with Hillsborough County Schools and the housing authority about a possible land swap so more property in the area is available along the river.

"We don't need to do it right now, but we need to get it into the planning documents for the school district,” said Robinson.

District spokesperson Tanya Arja said there are no new conversations about land swaps at the moment.

City spokesperson Ashley Bauman said the grant application was submitted this week. The grant proposal includes a local match of 20 percent or $6,000,000, to bring the total cost of the project to $30,000,000.