One Citrus County commissioner said he "doesn't want the New York Times in this county" and that he "agrees with President Trump." 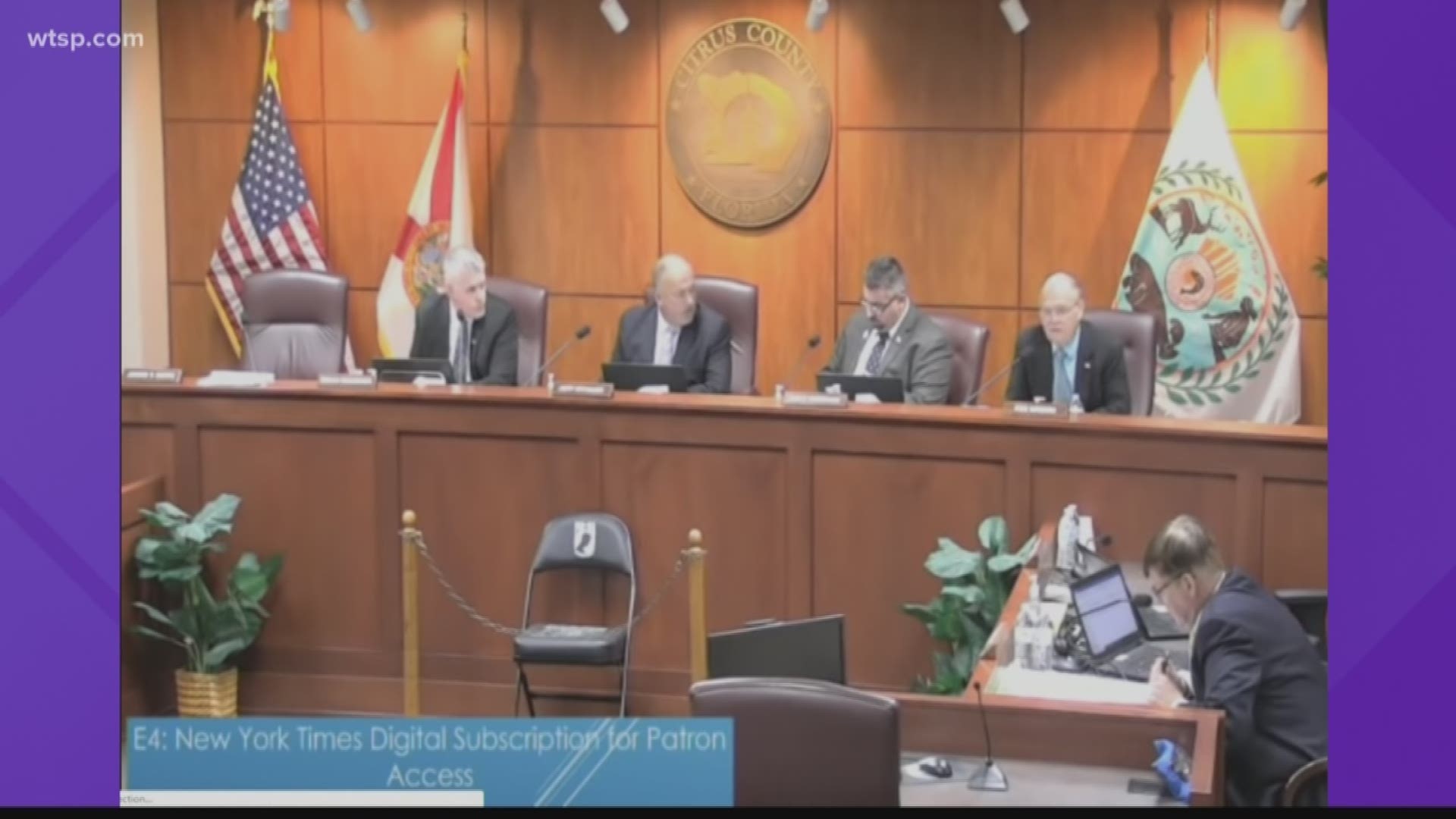 CITRUS COUNTY, Fla. — Citrus County gained the national spotlight this week after commissioners denied the library system's request for $2,700 to fund a digital subscription to the New York Times.

"I don't want the New York Times in this county. I don't like them. It's fake news," Commissioner Scott Carnahan said during the Oct. 24 meeting.

Carnahan was the most passionate about explaining why he was voting no on the library's proposal.

"Fake news, I agree with President Trump," he said. "They can take that money and do something else with it...I support Donald Trump."

Amid some laughs and apologies to library director Eric Head, the other commissioners questioned how many people in the county actually read the newspaper and "why the heck would we spend money on something like that?"

Sandy Price, chairwoman for the library system's advisory board, told the Citrus County Chronicle she was disappointed in the board's decision not to fund a digital subscription. The county currently pays about $3,000 a year for a print subscription available at all four regional libraries.

"Someone's personal political view does not have a place in deciding what library resources are available for the entire county," Price told the Chronicle. "Libraries have to ensure all points of view are represented."

The Chronicle said since the meeting, commissioners have received emails and more than a dozen phone calls about the decision.

The proposal was withdrawn during the Oct. 24 meeting. The library's district advisory board will have a special meeting on Nov. 19 to discuss the issue.

The board also has a meeting at 1 p.m. Tuesday, which includes time for public comment.

RELATED: Facebook launches a news section - and will pay publishers