Actor Dave Bautista is offering $20,000 to catch whoever did it. 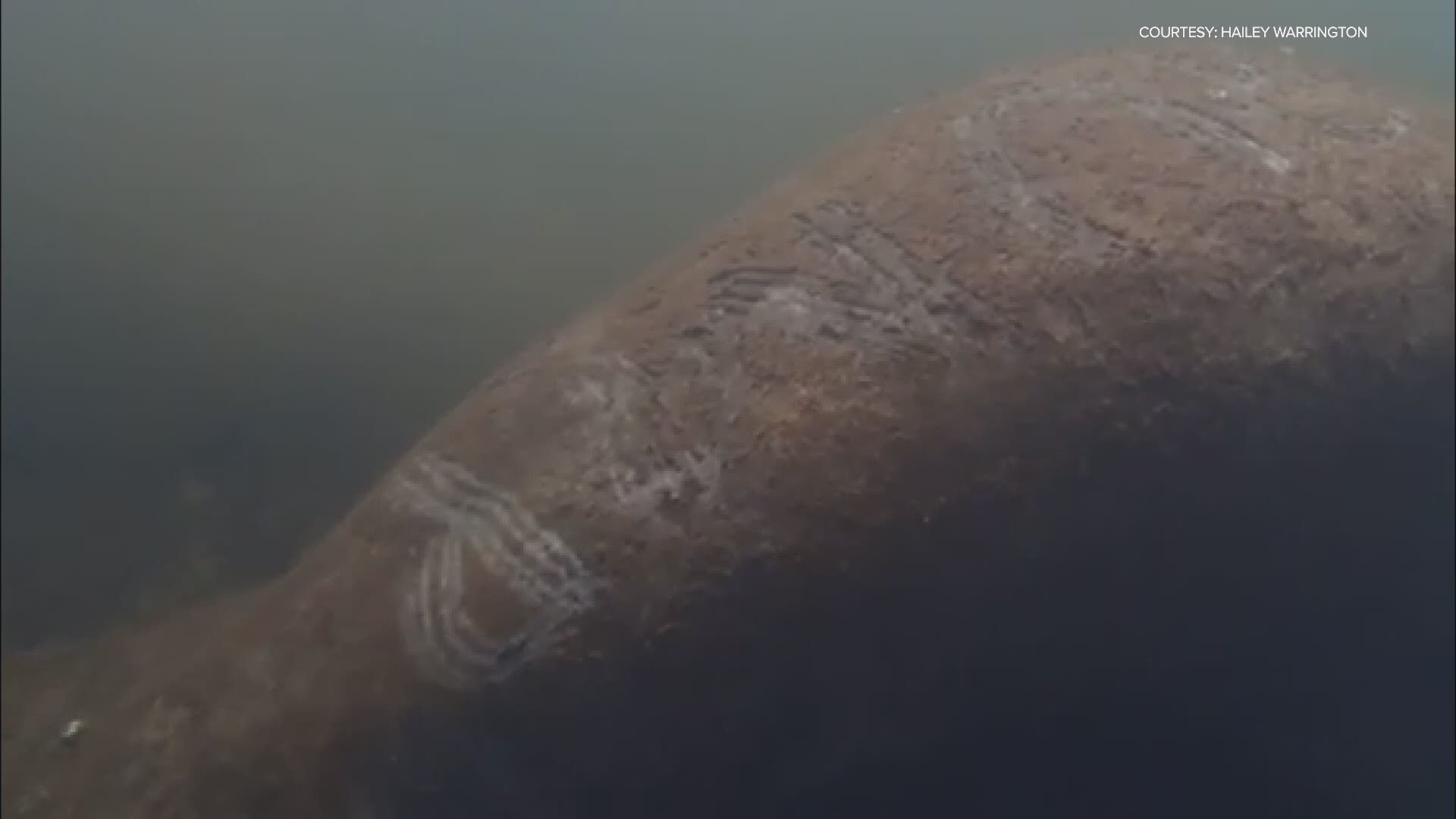 HOMOSASSA SPRINGS, Fla. — Federal authorities are working to figure out who marked "Trump" onto the back of a manatee.

The animal was found around noon Sunday during a manatee swim tour in shallow water in Homosassa Springs, said Hailey Warrington, who took pictures and video of the sleeping animal.

The USFWS confirms it is "investigating this matter."

"This was uncharacteristic for our area," Warrington said. "As a tour guide, I was distraught, just as much if not more than the manatee was."

Credit: Hailey Warrington
Federal authorities are investigating who marked "Trump" onto the back of a manatee found Sunday, Jan. 10, in Homosassa Springs, Florida.

A $5,000 reward is being offered by the Center for Biological Diversity, a national conversation program, for any information that leads to a conviction.

"It’s heartbreaking that this manatee was subjected to this vile, criminal act," said Jaclyn Lopez, the Florida director at the Center in a statement. "It’s clear that whoever harmed this defenseless, gentle giant is capable of doing grave violence and needs to be apprehended immediately."

Actor Dave Bautista chimed in on Twitter, offering to throw in $20,000 as a reward for the arrest and conviction of the "low life" who did it.

"And I promise there will be bonuses to that reward," he added.

If there’s not already a reward for the arrest and conviction of the low life scummy MAGATs that did this I’ll throw in $20,000. And I promise there will be bonuses to that reward! https://t.co/CGa2EIhrEQ

The West Indian manatee is protected by Florida state and federal law, including the Endangered Species Act and the Marine Mammal Protection Act. It is "illegal to harass, hunt, capture or kill any marine mammal," according to the FWC.

A person convicted of violating state law faces a maximum fine of $500 and/or imprisonment for up to 60 days. The penalty increases if a person is found in violation of federal law: a fine of up to $50,000 and/or a year in prison.