The fight for the island's freedom is personal for families along the intersection of N. Dale Mabry and W. Columbus. 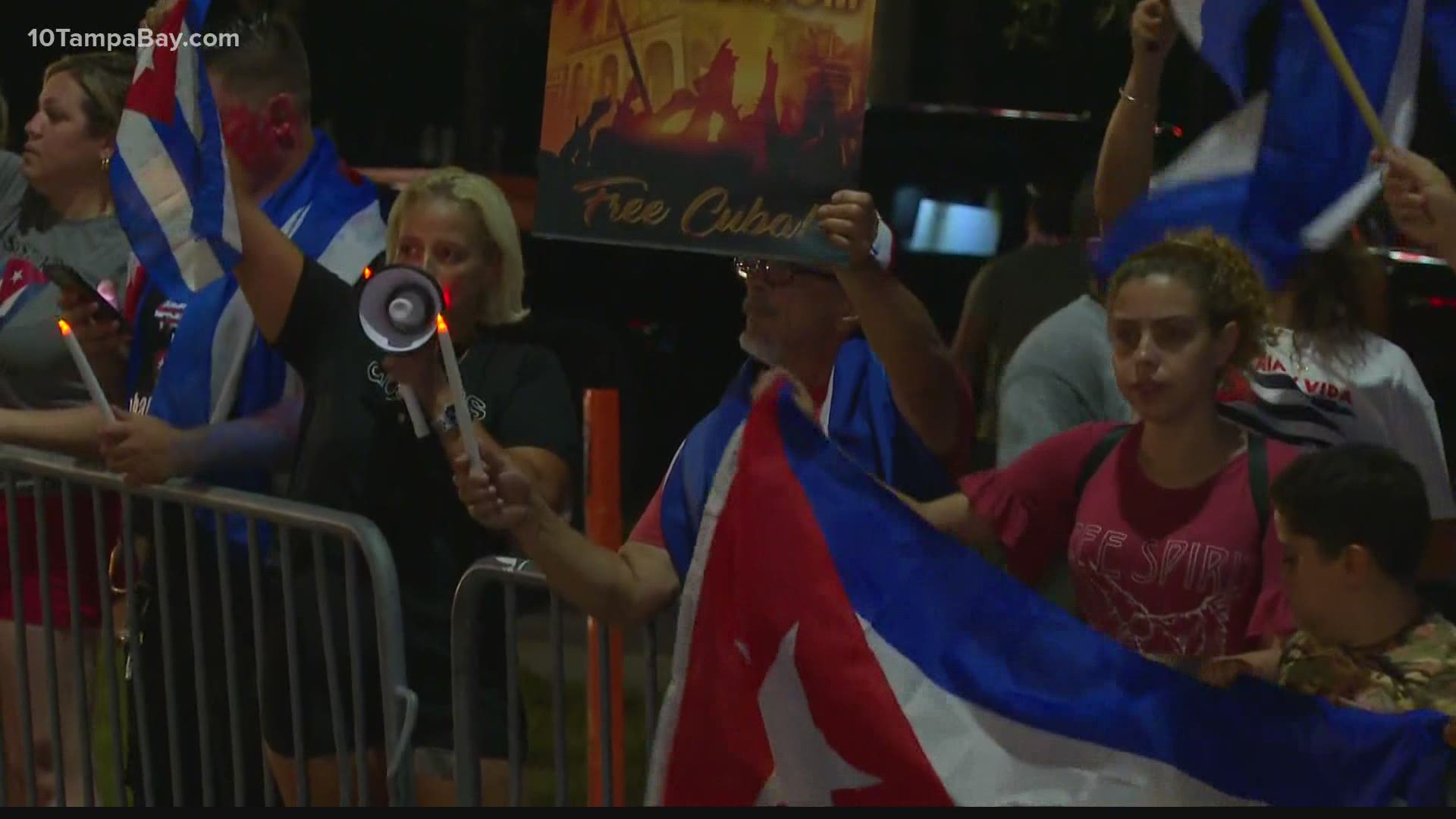 TAMPA, Fla — For the second week, demonstrations in solidarity with Cuba erupted across the country.

The fight for the island's freedom is personal for families along the intersection of North Dale Mabry and West Columbus.

"I come out here to protest and support my country," Gustavo Orama says.

Sitting in his restaurant, overcome with emotion, he thinks about the island he called home.

"Like the millions of Cubans that have left Cuba, I came here because of the dictatorship that exists in Cuba. We've all suffered the cruelty of that government there," Orama said.

He risked his life and came by boat to escape Cuba's communist government in 1980. A few years later, his family opened "El Gallo de Oro" in West Tampa. The small restaurant allowed them to pursue the American Dream

"For me, this place is my whole life. It's my passion," Orama said.

His kids help run it now. His daughter Julissa was born here but still fights for Cuba alongside her dad.

"When I see him I get emotional because that's the reason I go out there. Because I grew up listening to the stories and hearing what they've gone through. I feel like it's our turn. It's our turn to be their voice," Julissa said.

They ask for a humanitarian intervention. One that could save hundreds of Cubans from dying.

"This isn't about politics. This is about the fact that they're killing people in Cuba and we have to stop it," Gustavo said.

That's why they don't stop coming out to demonstrations, but the fight to save lives isn't easy. They worry speaking out here at home could get their family killed.

"Most of my family is in Havana where they hit the streets really hard. I couldn't get in contact with them for a long time. There's a lot of hateful people in the world. I just get worried a little bit for our safety, but if they're willing to risk their life, then I am too," Julissa said.

The family's next step is to head to Washington, D.C. and demonstrate in front of the White House. They plan on being there with thousands of Cubans from across the country this weekend.