The sheriff made the comments during an interview with 10 Tampa Bay. 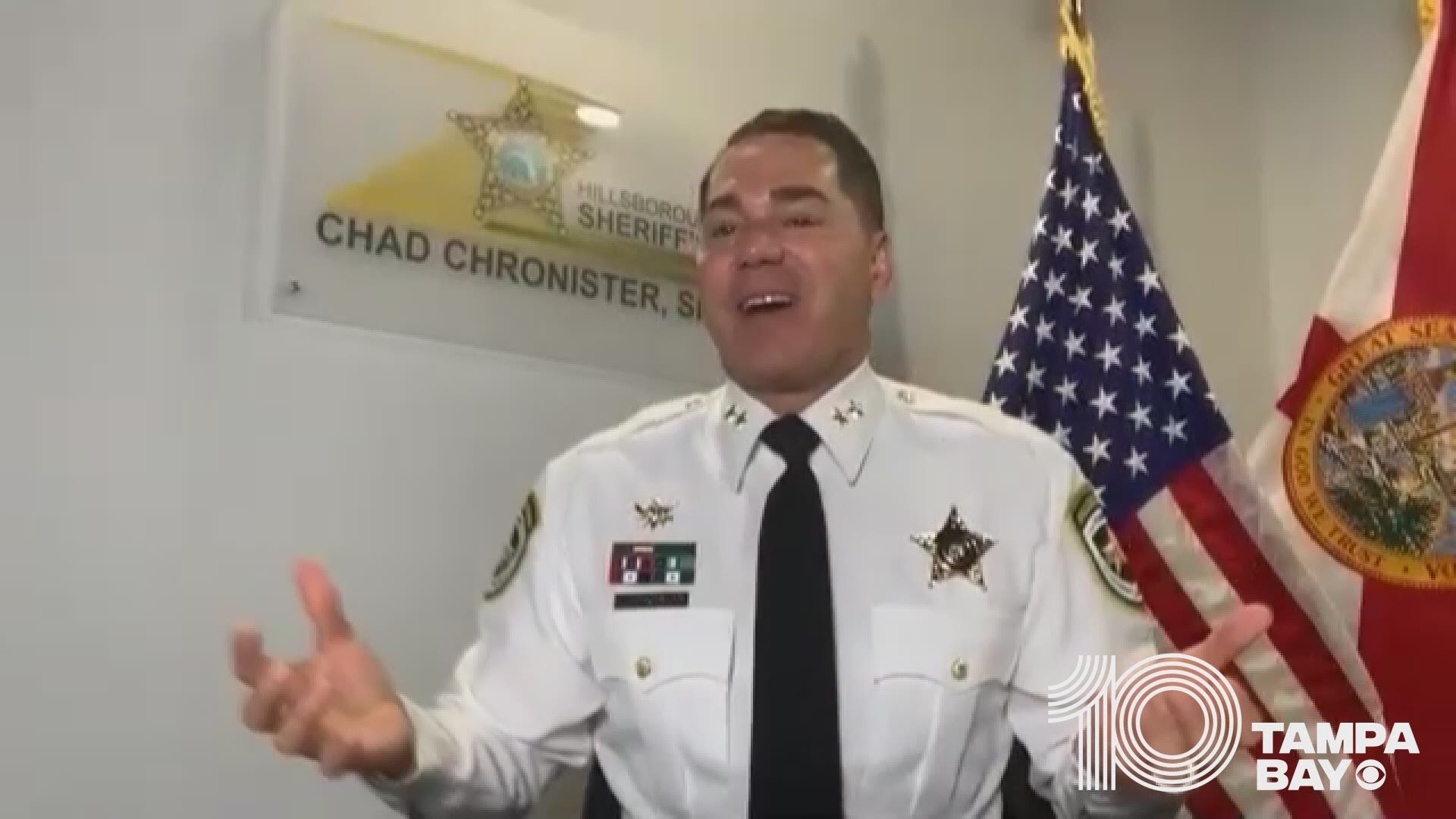 TAMPA, Fla. — The fallout from Netflix's hit "Tiger King" docuseries took another turn on Tuesday when a prominent member of law enforcement confirmed what some people had speculated: Don Lewis' will was forged.

Lewis was the missing millionaire husband of Big Cat Rescue founder Carole Baskin, one of the series' stars. He vanished from Tampa in 1997.

This year, Netflix's limited series raised curious questions about whether Baskin knew anything about her late husband's disappearance. Critics have suggested she might have been involved. She has repeatedly denied those assertions.

Lewis was formally declared dead in 2002.

Back in May, Lewis' friend and former lawyer Joseph Fritz told Fox News he thought his client's signature was forged on the document that gave Baskin Lewis' money.

"I believe it was traced," Fritz told Nancy Grace.

According to Fox, Lewis' estate is believed to have been worth up to $10 million. It was left to Baskin, and his family was cut out, the cable network reported.

As the Clarion-Ledger newspaper explains, the notary listed on the will and power of attorney does not remember authenticating those documents. And, the paper said two different handwriting experts had each concluded Lewis' signature appears to have been "traced" from his 1991 marriage record.

"They had two experts deem it 100 percent a forgery. But, we knew that...we knew that before," Chronister told 10 Tampa Bay.

According to Chronister, the problem was that the statute of limitations had expired for any crime related to the will.

"The will had already been executed at that point," Chronister told Brightside anchor Rob Finnerty. "But, it certainly cast another shadow of suspicion, by all means."

The sheriff previously told 10 Tampa Bay that he believes Lewis was "murdered" and did not simply disappear in 1997. Although, he has not said who he thinks might be responsible.

In April, the sheriff said the last contact his agency had with Baskin was in 2011 when she turned down a polygraph test based on the advice of legal counsel.

But, the case no longer seems totally "cold." In an interview, Chronister hinted that relatives and an office manager gave detectives new information.

"Investigators have some great leads," Chronister said this week. "They're working through them. I hope something pans out."

Chronister did not say whether Baskin was a suspect. 10 Tampa Bay has reached out to Baskin for comment and will update this story if we hear back.

"Don was not easy to live with and like most couples, we had our moments. But I never threatened him and I certainly had nothing to do with his disappearance," Carole Baskin explained in a previous statement refuting claims from the Netflix series. "When he disappeared, I did everything I could to assist the police. I encouraged them to check out the rumors from Costa Rica, and separately I hired a private investigator."

Baskin was recently awarded control of a 16-acre zoo property in Oklahoma that was formerly owned by "Tiger King" star Joe Exotic. A judge determined the land was fraudulently transferred by Exotic to his mom to avoid paying Baskin a settlement in a trademark infringement lawsuit.

Exotic, whose real name is Joseph Maldonado-Passage, is currently in prison for trying to hire a hit man to kill Baskin.

Baskin has been married to her current spouse, Howard Baskin, since 2004.